No “President of the Rich:” Macron Urges French to Admire Success 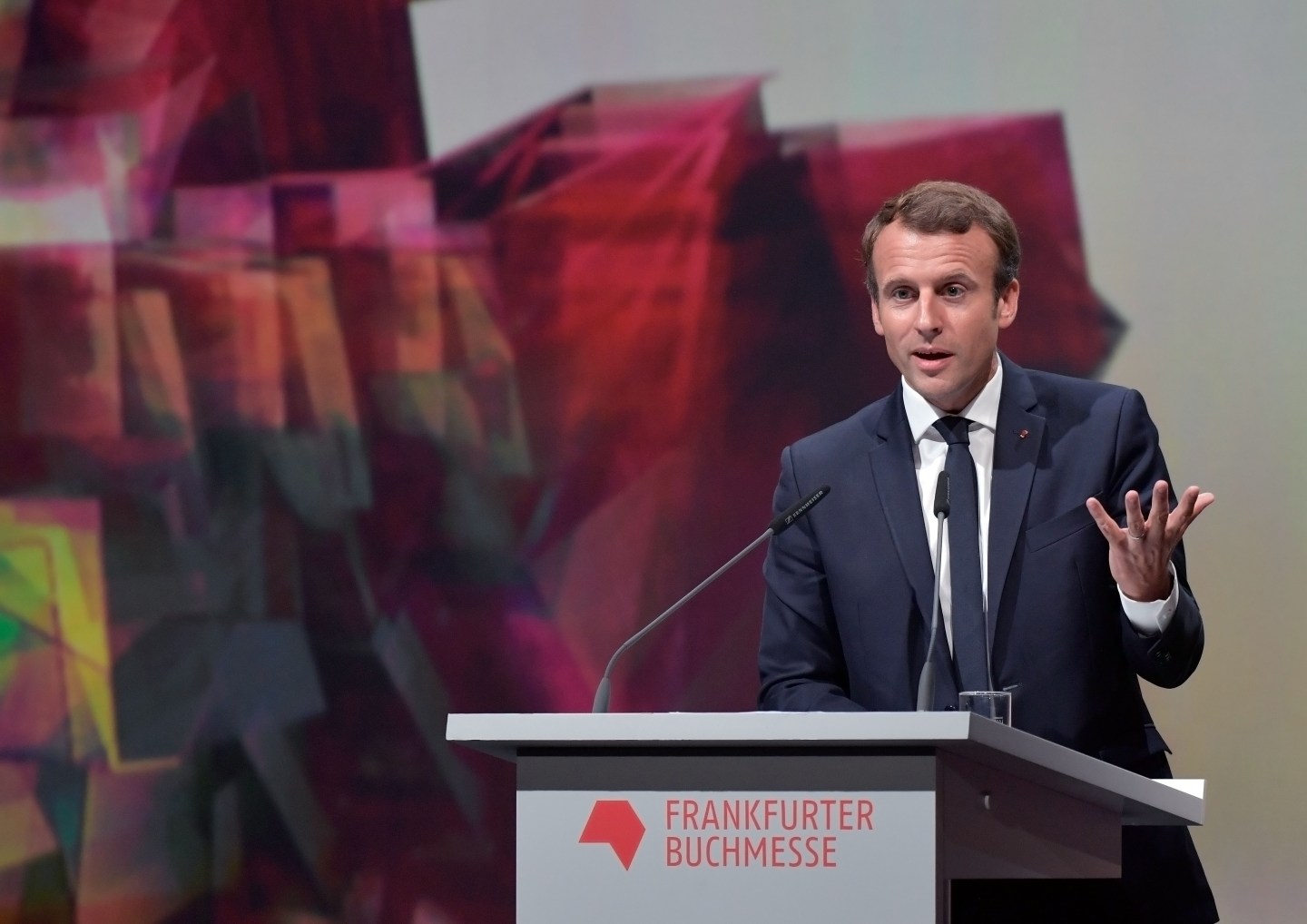 FRANKFURT AM MAIN, GERMANY - OCTOBER 10: French President Emmanuel Macron speaks during the opening of the Frankfurt Book Fair 2017 (Frankfurter Buchmesse) on October 10, 2017 in Frankfurt, Germany. The two leaders are known to have a good working relationship and share a number of policy views. The Frankfurt Book Fair will be open to the public from October 11-15. (Photo by Thomas Lohnes/Getty Images)
Thomas Lohnes—Getty Images

Emmanuel Macron on Sunday said he was a president of all French, dismissing opponents’ criticisms that his policies favor the rich while urging his countrymen to adopt a more positive attitude towards success.

In his first months in power, Macron has defied street protests to loosen France’s labour laws, moved to scrap the wealth tax and cut housing aid.

His sometimes forthright style has forced him to fend off accusations that he holds the working class in contempt, but Macron said he was a leader who would “keep saying things as they are.”

“We’re taking care of the France where things aren’t going well,” Macron said. “I’m doing what I said I would do during the election campaign.”

Macron angered unions last week with comments he made during a visit to a car parts factory, saying workers protesting over job losses should look for work at a nearby plant rather than “kicking up a bloody mess”.

He said that reforms to overhaul France’s unemployment insurance and professional training systems, which will be discussed in the next few weeks, would help the most in need while encouraging social mobility and merit.

Macron, whose popularity has slumped since his election, said the aim of scrapping the wealth tax was to help to retain talent in France and encourage the wealthy to invest.

“For our society to get better, we need people who succeed. We shouldn’t be jealous of them, we should say: ‘fantastic’,” he said.

But the move has prompted opponents to label the former investment banker “president of the rich”.

Left-wing daily Liberation said on its Monday front page Macron was “brandishing individual success like a mantra” under the headline: “Succeed, bloody hell!”, in a reference to his comments at the car parts factory.

In the more than hour-long interview at the Elysee palace that focused on his domestic agenda, Macron also said his economic reforms would start bearing fruit within two years.

“Unemployment is currently falling. You’ll see the full effect of the reforms currently carried out by the government in 1-1/2 to two years,” he said

During the campaign, Macron promised to lower France’s stubbornly high unemployment rate to 7 percent by the end of his mandate from near double digits.

On the international front, he said that despite disagreements with U.S. President Donald Trump over Iran and climate change, he would continue to work with the billionaire.

“I constantly talk to the American president, because it’s my duty,” he said. “It’s the right way to do it because he is the head of the top power so it’s necessary to anchor him to this partnership and multilateralism.”

On Iran, he said he would go to Tehran in “due time”, but added:

“We must be more stringent with Iran on its ballistic activity, the missiles it shoots and which are not nuclear and Iran’s action in the region.”