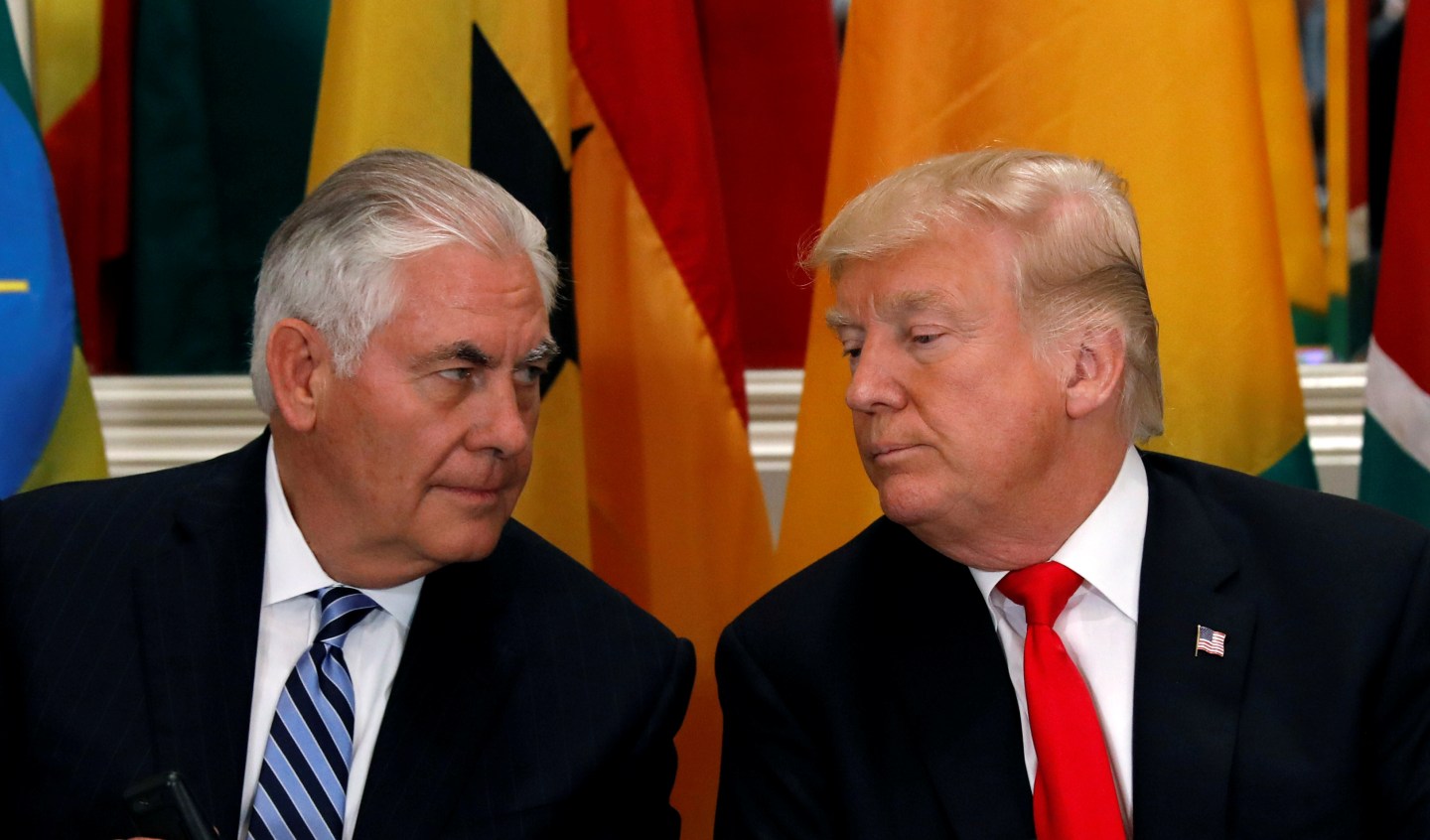 (WASHINGTON) – U.S. Secretary of State Rex Tillerson on Sunday minimized tensions with his boss, President Donald Trump, and brushed aside comments from an influential lawmaker, who compared Trump’s undermining of his top diplomat to a public castration.

Tillerson’s tenure as secretary of state has been dogged by rumors about rifts with Trump over policy. Earlier this month, Trump undercut Tillerson in a Twitter message, saying the secretary of state was wasting his time trying to negotiate with North Korean leader Kim Jong Un.

Tillerson repeatedly declined to answer a question about a report by NBC News that said the secretary of state had called Trump a “moron” during a private meeting in July with U.S. officials.

The secretary of state accused CNN moderator Jake Tapper of trying “make a game” out of pressing him on the “moron” comment.

Tillerson has often found himself at odds with the president on a range of issues, from withdrawing from the Paris agreement on climate change to North Korea and, at times, Iran, according to current and former U.S. officials and news media reports.

Signs of tensions between Trump and Tillerson have raised questions among in foreign capitals about whether the secretary of state speaks for the administration.

Tillerson has batted away rumors that he might resign.

Nikki Haley, the U.S. Ambassador to the United Nations, has been mentioned as a possible replacement to Tillerson should he step down.

She said she was happy being in New York, where the United Nations is based, and said that from what she has observed Trump and Tillerson have a constructive relationship.

“The secretary puts out as many options for the president as he can. He makes a decision, there’s a mutual respect, and they go forward. And so everything that I have witnessed, all was fine,” she said.

Tillerson acknowledged in a separate appearance on CBS’ “Face the Nation” on Sunday that he and the president “don’t agree on everything.”

“I will work as hard as I can to implement his decisions successfully.”