Hillary Clinton: ‘Currents of Anger and Resentment Are Underpinning Our National Conversation’ 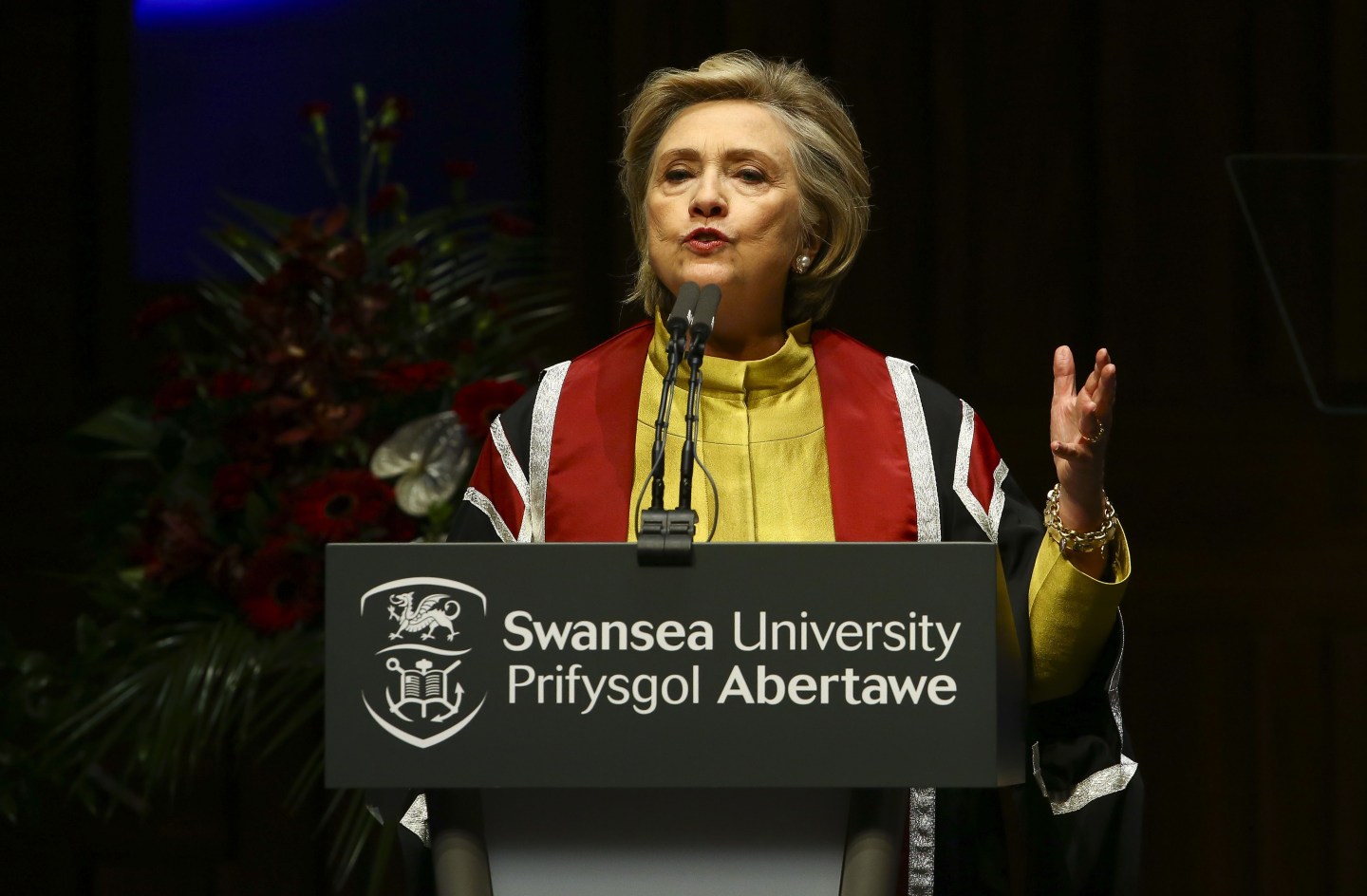 Former US Secretary of State Hillary Clinton delivers a speech after receiving an Honorary Doctorate at a ceremony at the Swansea University Bay Campus in Swansea, south Wales on October 14, 2017. The Award is being made by the university in recognition of Clinton's commitment to promoting the rights of families and children around the world, the University said in a statement.
GEOFF CADDICK AFP/Getty Images

Hillary Clinton railed against “divisive” politics in the U.S. while receiving an honorary doctorate from Swansea University in Wales, saying “currents of anger and resentment are underpinning our national conversation.”

“Instead of bringing people together, we have leaders who stoke our divisions, try to distract us with controversy after controversy, and undermine free speech and the press,” Clinton said during her speech Saturday, according to the Associated Press.

Swansea University also honored the former secretary of state for her work promoting the rights of families and children around the world, the BBC reported.

Vice chancellor Prof Richard Davies described Clinton as a figure of “enormous international significance and one synonymous with human rights,” according to the network.

Clinton also spoke about Brexit in her speech, citing “reports of children being worried, feeling uncertain, even unsafe,” according to the AP.

“The residency rights of half a million children, including many who were born in the U.K., are hanging in the balance,” she said.