U.S. Flies Two Bombers Over the Korean Peninsula in Show of Force 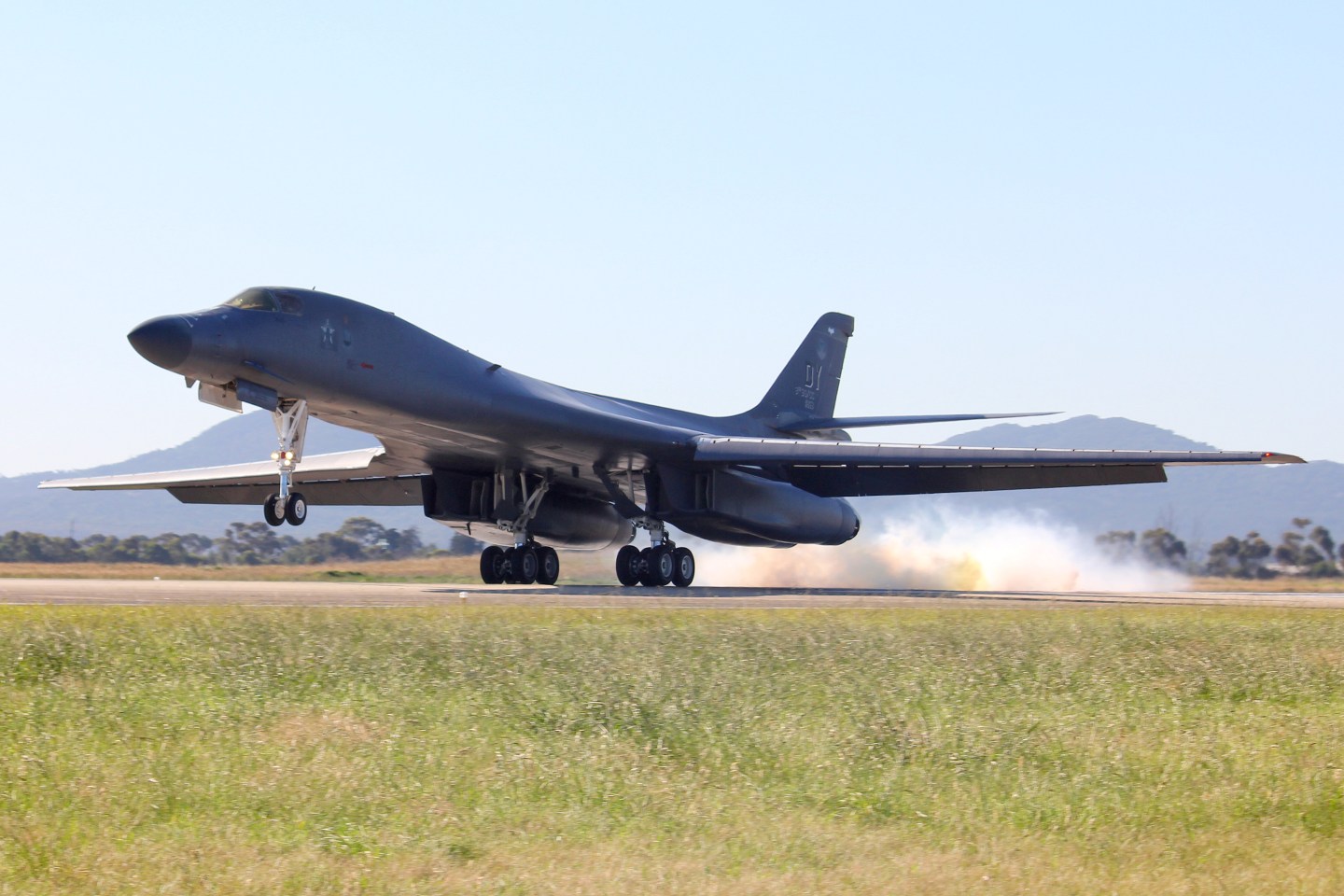 The U.S. military flew two strategic bombers over the Korean peninsula in a show of force late on Tuesday, as President Donald Trump met with top defense officials to discuss how to respond to any threat from North Korea.

Tensions have soared between the United States and North Korea following a series of weapons tests by Pyongyang and a string of increasingly bellicose exchanges between Trump and North Korean leader Kim Jong Un.

In recent weeks, North Korea has launched two missiles over Japan and conducted its sixth nuclear test, as it fast advances toward its goal of developing a nuclear-tipped missile capable of hitting the U.S. mainland.

The two U.S. Air Force B-1B bombers were accompanied by two F-15K fighters from the South Korean military after leaving their base in Guam, South Korea’s Joint Chiefs of Staff said in a statement on Wednesday.

After entering South Korean airspace, the two bombers carried out air-to-ground missile drills in waters off the east coast of South Korea, then flew over the South to waters between it and China to repeat the drill, the release said.

The U.S. military said in a separate statement that Japanese fighters also joined the drill, making it the first night-time combined exercise for the U.S. bombers with fighters from Japan and South Korea.

The U.S. bombers had taken off from the Andersen Air Force Base in Guam. In August, Pyongyang threatened to shoot intermediate range missiles towards the vicinity of Guam, a target frequently subjected to sabre-rattling from the North.

South Korean and U.S. government officials have been raising their guard against more North Korean provocations with the approach of the 72nd anniversary of the founding of North Korea’s ruling party, which fell on Tuesday.

Trump on Tuesday hosted a discussion on options to respond to any North Korean aggression or if necessary to prevent Pyongyang from threatening the United States and its allies with nuclear weapons, the White House said in a statement.

Trump was briefed by Secretary of Defense James Mattis and Chairman of the Joint Chiefs of Staff General Joseph Dunford at a meeting of members of his national security team, the statement said.

In May, an investigative team inside the defense ministry announced the hack had been carried out by North Korea, but did not disclose what kind of information had been taken.

China, North Korea’s main ally and trading partner, has consistently urged Washington and Pyongyang to lower their rhetoric and return to the negotiating table.

In an editorial late on Tuesday, the influential Global Times tabloid expressed alarm at how far the rhetoric on both sides had gone and how it had increased the risk of a “fatal misjudgement”.

“The international community won’t accept North Korea as a nuclear power. North Korea needs time and proof to believe that abandoning its nuclear program will contribute to its own political and economic advantage. This positive process is worth a try,” the paper said.

“War would be a nightmare for the Korean Peninsula and surrounding regions. We strongly urge North Korea and the U.S. to stop their bellicose posturing and seriously think about a peaceful solution.”