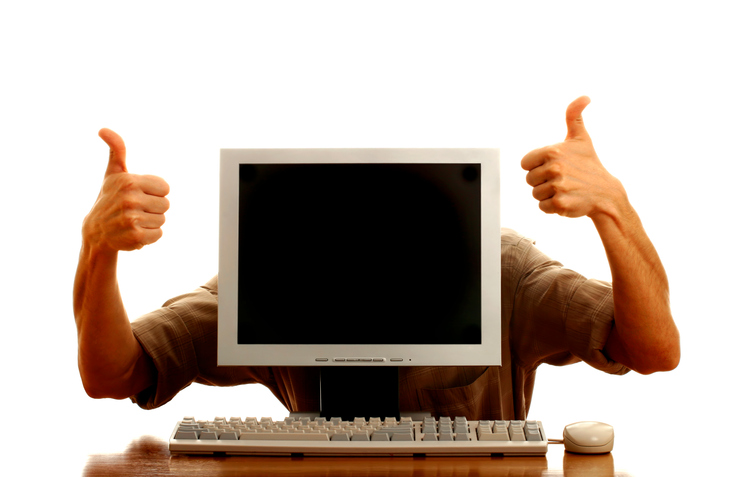 This is the dumbest time to be alive, which you already know because you’re on Twitter. So maybe it’s time for something so stupid it’s actually smart.

We must elect the first politician powered entirely by artificial intelligence.

Think about it. Why have we been electing humans to Congress this whole time? We have better technology! If robots can put unskilled humans out of jobs, surely they can put unsmart humans out of jobs funded by your tax dollars. Consider the evidence. Every two years these lying jamokes make outrageous campaign promises like “you will have health care” and “I won’t tell my mistress to have an abortion” and “harsher punishments for corporate tax evasion.” (I don’t know what that means, but my Fortune editor said it would resonate with this audience.) And every year we dumb human voters are like “wow sounds good!!!” and then elect the people who made those promises. But once they catch a whiff of those grafty Cannon House halls, those elected representatives are like, “Nevermind, I’m rich and powerful now, I don’t care!”

Well America, this dumb human is here to offer a simple solution to solve this problem forever: A.I.

Here’s how it would work: You get someone to run for Congress whose sole platform is, “I will put a poll on my website for every single issue, and I will vote for whichever result gets the most votes.” For SEO purposes, we’ll call it “America’s first A.I. candidate.” To be clear, it’s not a congressional robot fueled by machine learning that possesses nanospeed command of a fleet of weaponized drones. That’s probably what you thought because of my provocative use of the term “A.I.” Nope, it’s much simpler.

Take gun control. There’s a bill in Congress to take away guns. Our artificially smart Congressperson puts a poll on their site: “Should I vote for or against this bill?” Two options: “for,” and “against.” Constituents log in through a secure portal, vote on the issue, and then our “A.I.” representative votes accordingly. See? So easy! We just solved America’s existential crisis about guns.

The best part is that this proxy Congressperson who votes based on poll results doesn’t even have to know anything about anything. It’s a great job for Steve King.

Now that I’ve made a compelling argument, I am bound by the Both Sides Law Of 2017 to outline all counter-positions. Here’s one: Members of Congress don’t just vote yea or nay on bills! They have other responsibilities include questioning nominees for important positions, and interrogating CEOs whose companies commit serious crimes.

My response: Our AI candidate can solve that, too. Simply publish a poll that says, “I will be questioning the executive of a bank recently accused of fraud. What should I ask?” Or even better, “Should I use my time to grandstand, insult them, or keep it short so the sound bite is brief enough to get in Maddow’s A block?” And then the humies (that’s what A.I. people call humans) log on and suggest questions and vote on other people’s ideas. The public might choose “Accuse him of being in denial” or “Call him Boaty McBoatface” or “Tweet some hot jokes instead.”

Another counter-position: Can’t those polls be hacked by hooded Russian hackers?

My answer: No, they’re protected by a super-strong hacking-proof force field. Next question.

Counter-position: That’s it, that’s all the questions I have.

Answer: OK, great. Thanks for being quick and efficient. This is just like what it would be like if we had an A.I. member of Congress.

Imagine the possibilities. Literally every question could be handled this way:

“Fracking?” Yes/no/is that a typo.

“Condemn Trump for defending Nazis?” How is this even a question? Just kidding—two-thirds of Republicans actually support President Trump on that one.

No matter the topic, we’d finally have an app that delivers the democracy we deserve. Send in the drones.