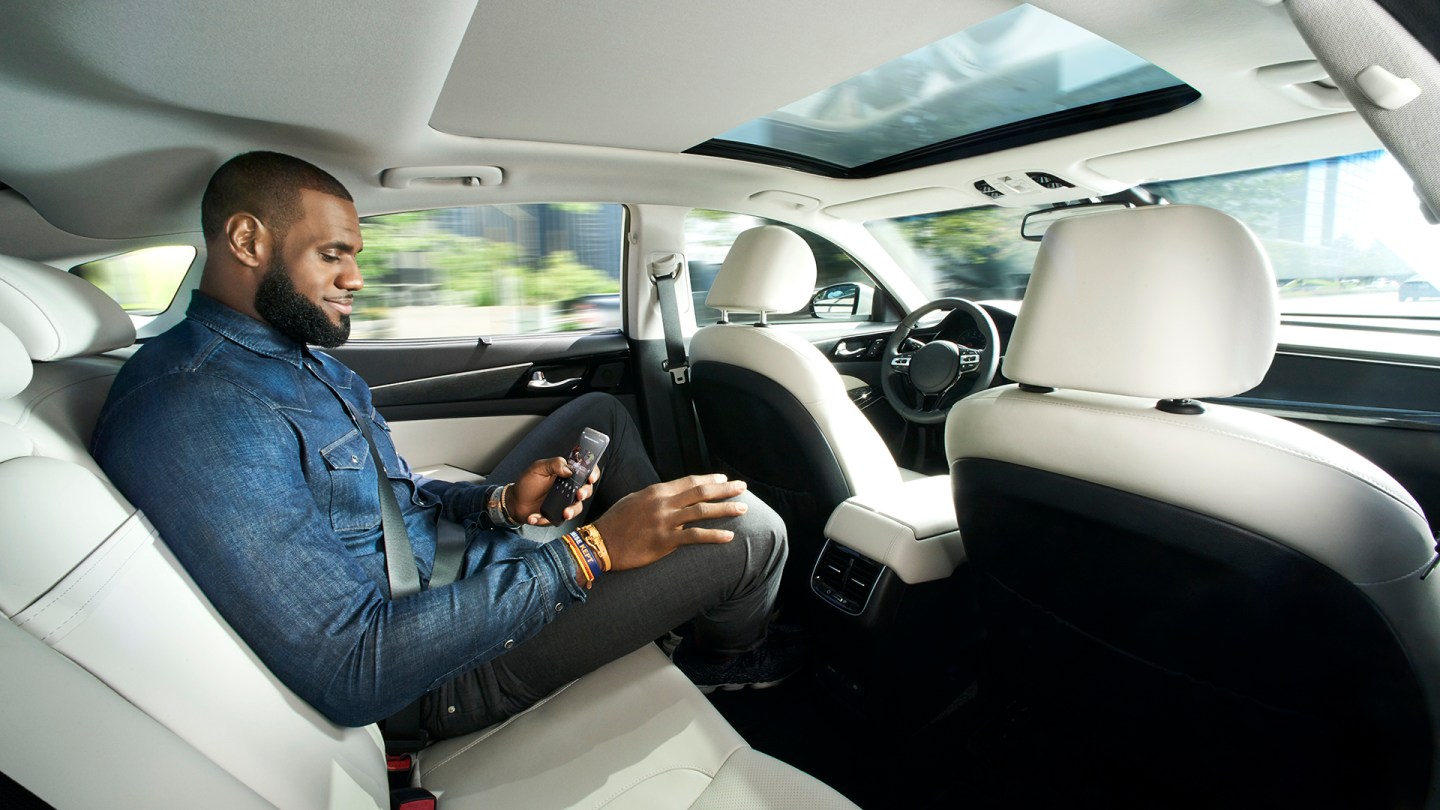 The television and digital ads launched Monday, the same day Google’s self-driving car business Waymo kicked off its own campaign to promote the technology. Intel’s campaign, entitled “Driving Trust,” features James nervously approaching a car that looks a lot like a Kia Cadenza—although all branding of the vehicle is blocked in the ad.

(Intel would neither confirm nor provide details on the make and model of the vehicle, but James and Kia have been linked before: Kia featured the Cleveland Cavaliers NBA player in a series of ads for the 2016 Kia K900.)

In the ad, James looks apprehensive, if not nervous as he approaches a car that does not have a human driver behind the wheel. But—as you might expect in advertising—James quickly settles into his experience. As the vehicle circles back around, James exclaims, “Hey, yo, I’m keeping this.”

In reality, the car featured in the spot is not autonomous, a fact that an Intel spokesperson confirmed to Fortune. Intel does produce self-driving cars. (I have had a short ride in one of them.) But the real McCoy wasn’t used in the ad because the shoot and James’s schedule didn’t align with the availability of the autonomous vehicle.

James does want a ride in a self-driving car, Intel says, and the company plans to make it a reality once James’ schedule clears. Still, Intel may be waiting awhile: The finals for this NBA season aren’t until June, and it’s a safe bet that James wants to take his team all the way.

In the meantime, Intel is determined to build trust in the technology. The new ad is, in fact, part of a “multi-pronged trust initiative” that includes research, testing in a “garage lab,” and studies into people’s feelings and attitudes towards self-driving cars.