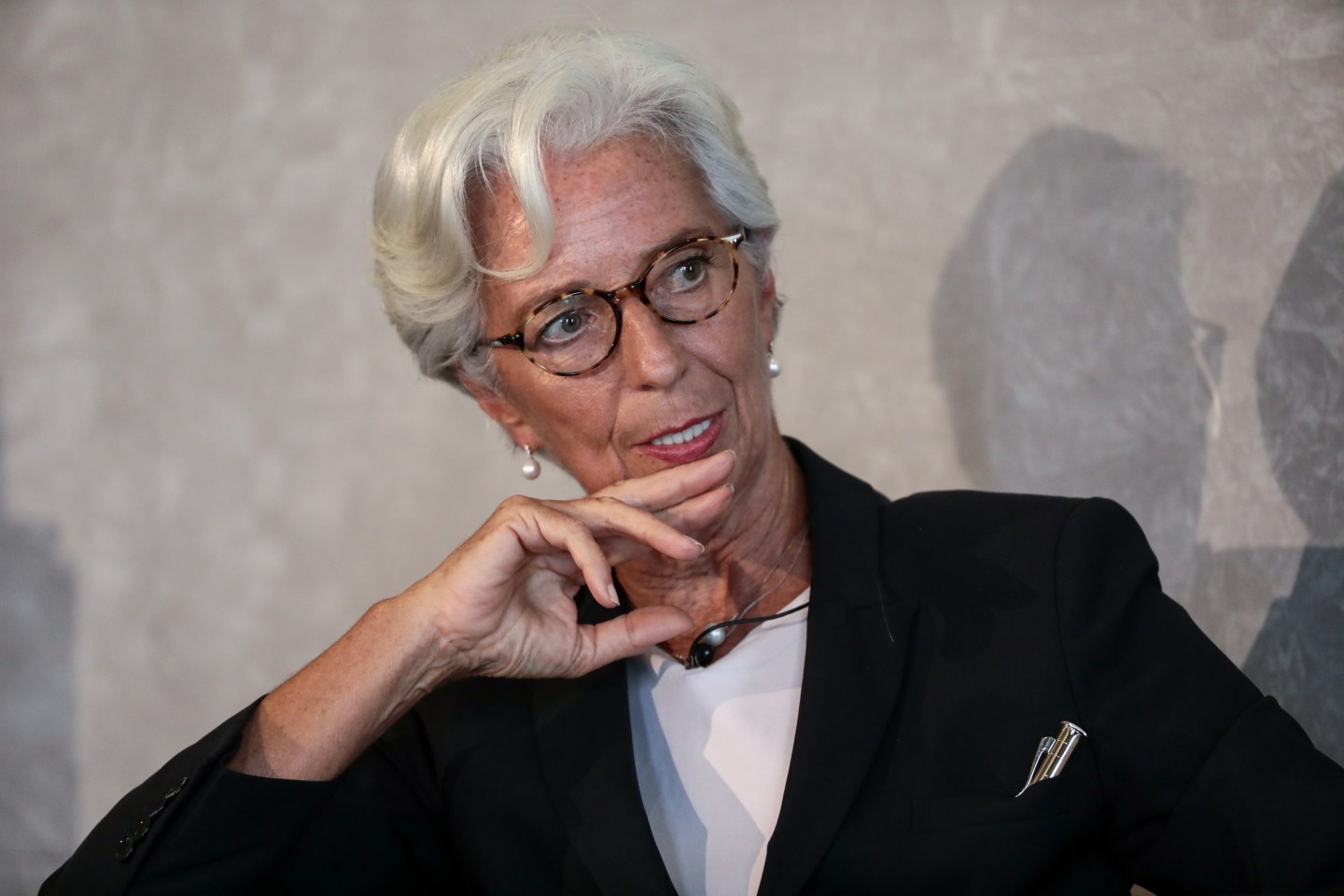 Christine Lagarde, managing director of the International Monetary Fund (IMF), pauses during the Bank of England's "Independence - 20 Years On" conference at Fishmongers' Hall in the City of London, U.K., on Friday, Sept. 29, 2017. The conference marks two decades of independence from the government. Photographer: Simon Dawson/Bloomberg via Getty Images
Simon Dawson—Bloomberg/Getty Images

The head of the International Monetary Fund said Thursday that “the long-awaited global recovery is taking root” and that three-quarters of the globe is enjoying an economic upswing in “the broadest-based acceleration since the start of the decade.”

In remarks prepared for delivery at Harvard’s Kennedy School of Government, IMF Managing Director Christine Lagarde suggested that the 189-country finance agency will likely upgrade its outlook for global growth when it releases its latest forecasts next week.

In July, the IMF predicted that global growth would hit 3.6% in 2018 — fastest since 2011 and a welcome sign the world economy had broken out of a period of stagnation following the Great Recession of 2007-2009.

Helping considerably: Commodity prices have rebounded after plummeting in 2014 and 2015, pinching growth in many developing countries. Confidence also is returning to Europe, which has struggled with high government debts and weak banks.

But Lagarde said that the global recovery is leaving many behind and that the income gap between the rich and poor is growing. She urged countries to take advantage of improving conditions to enact reforms that could spread prosperity, such as fighting corruption and expanding child care to lure women into the workforce.

“Reforms are more potent and easier to implement when economies are healthier,” she said.