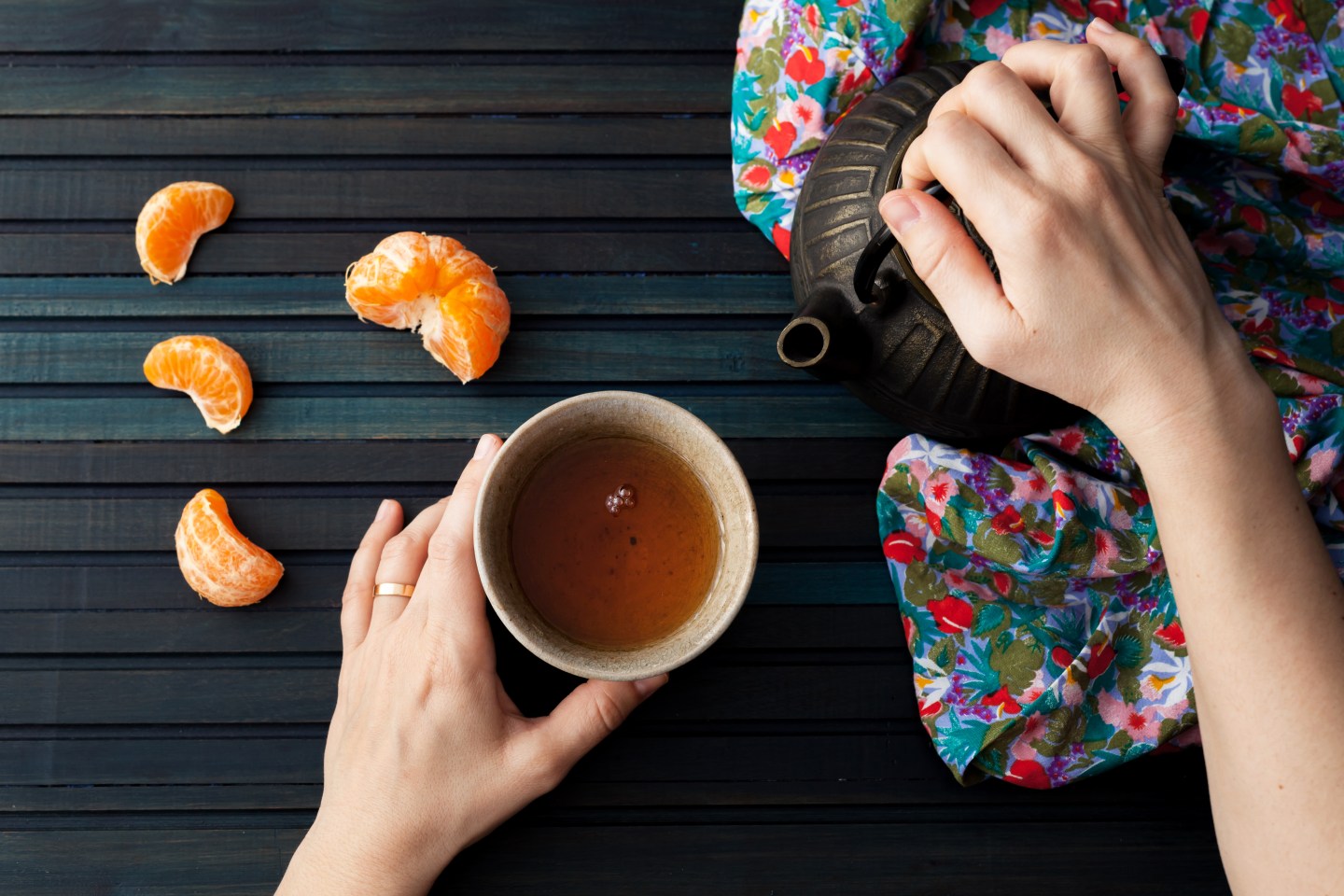 If you’re trying to lose weight, sipping on black tea might help.

Researchers at the University of California in Los Angeles recently conducted a study to determine the difference in health benefits between green and black tea.

Green tea is often credited with its benefits to weight loss, but researchers discovered that black tea can also have a slimming effect on your waistline.

The study, which was published in the European Journal of Nutrition, looked specifically at four different groups of mice, broken up by the type of diet they consumed. Some also consumed black tea extracts, while others consumed green tea extracts.

After four weeks, the scientists found that the mice that consumed the black tea had lost as much weight as those that had the green tea. Both groups also had more of the bacteria associated with lean body mass in their gut than that associated with obesity.

“Our new findings suggest that black tea, through a specific mechanism through the gut microbiome, may also contribute to good health and weight loss in humans,” Susanne Henning, one of the researchers in the study said in a statement.

The study certainly isn’t conclusive, so there’s no need to run out and buy your local grocery store out of black tea just yet. However, if you do enjoy a few glasses a tea each day, now there’s even more of a reason to drink it.