Influential Australian Senator Resigns Ahead of Ruling on His Eligibility 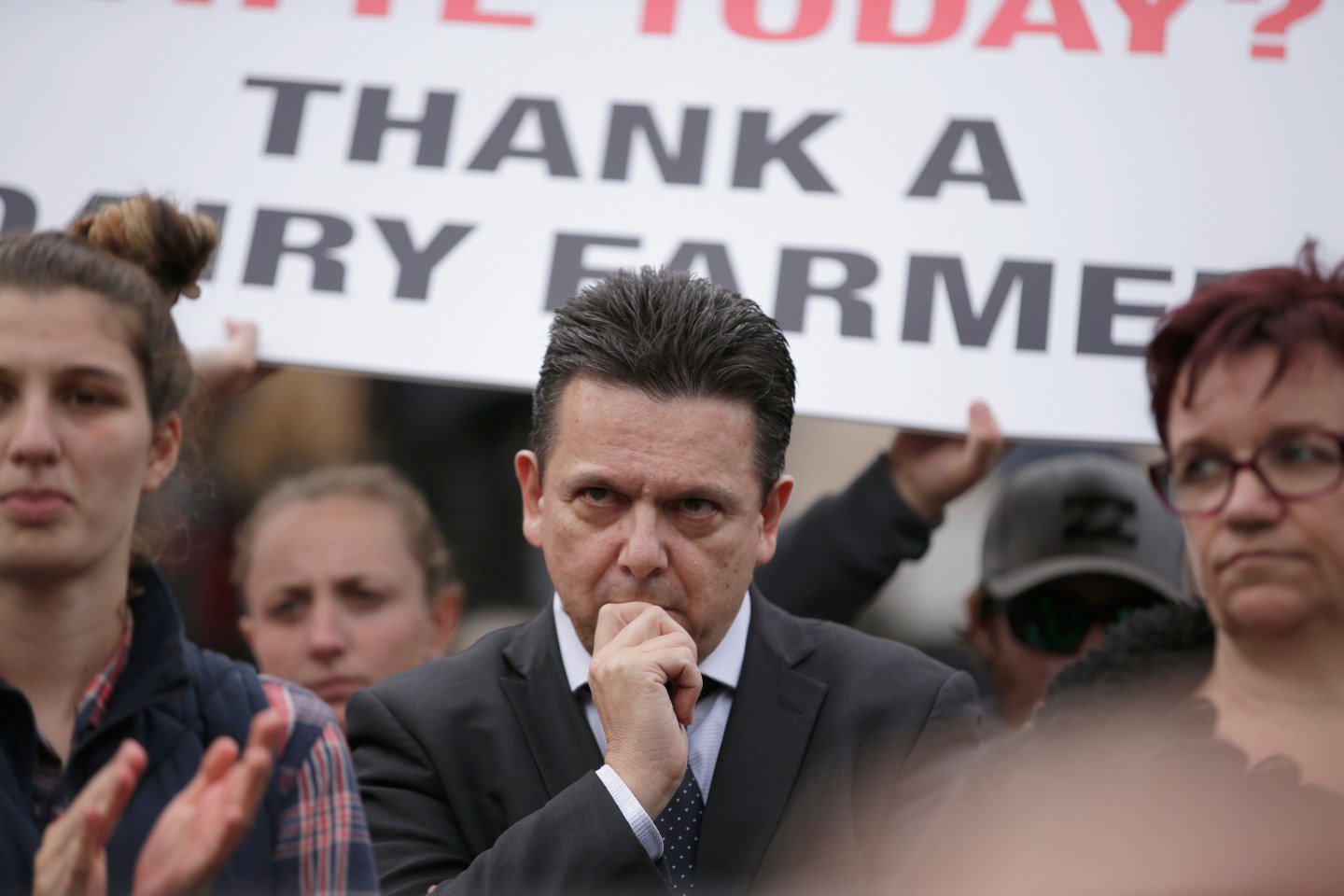 MELBOURNE, AUSTRALIA - MAY 25: Senator Nick Xenophon shows his support on the steps of Parliament House on May 25, 2016 in Melbourne, Australia. The Federal Government is expected to announce an assistance package for dairy farmers, who have been struggling due to falling milk prices in recent months. (Photo by Darrian Traynor/Getty Images)
Darrian Traynor—Getty Images

Turnbull does not have a majority in the Senate and has relied on Xenophon’s party, the fourth largest bloc in the upper house, to pass legislation.

Xenophon’s replacement will come from his party, which bears his name, but is likely to be a far less experienced compared with Xenophon’s nine years as a Senator.

“Xenophon was a known quantity, he was experienced and as he saw, Turnbull could work with him,” said Peter Chen, senior lecturer in politics at the University of Sydney.

“His potential replacement will be inexperienced, and that can be unpredictable. This will not be Turnbull’s preferred choice.”

Xenophon’s future as a Senator was under a cloud due to him holding possible dual citizenship with Britain. Under the constitution a lawmaker must only hold Australian citizenship to be eligible to be elected to the national parliament.

Xenophon had renounced his Greek citizenship, which he received from his mother, but had not been aware he held possible British citizenship. While he was born in Australia, his father was born in Cyprus, which was a British colony until independence in 1960.

Xenophon’s citizenship issue was due to be determined by Australia’s High Court.

Australia’s High Court will next week rule on the eligibility of seven politicians, including Xenophon and Deputy Prime Minister Barnaby Joyce. Should Joyce be ruled ineligible, Turnbull will lose his majority in the lower house.

In announcing his surprise resignation, Xenophon said he would stand for election in his home state of South Australia next year. State parliaments do not have the same citizenship rule as the national parliament.

“I have increasingly concluded that you can’t fix South Australia’s problems in Canberra without first fixing our political system at home. South Australia politics is broken and politically bankrupt,” Xenophon told reporters in Adelaide.