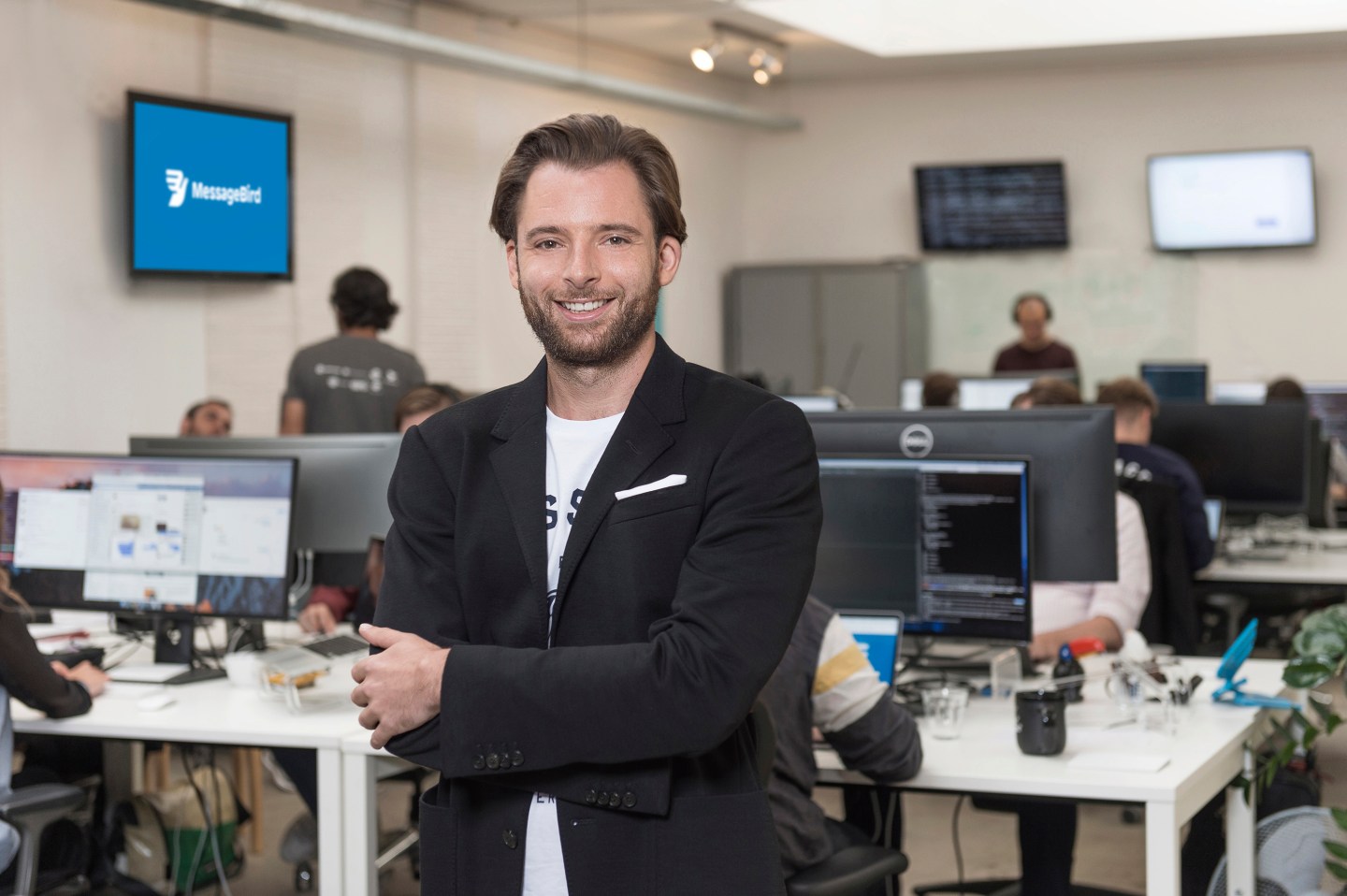 Here’s a startup story you don’t hear every day: MessageBird, a cloud communications company, is bootstrapped, profitable, and on track to reach a $100 million revenue run rate this year.

After six years of turning down investors, founder and CEO Robert Vis has finally decided to take outside capital. Based in Amsterdam, the company announced today that it raised $60 million in Series A funding from U.S.-based Accel and U.K.-based Atomico.

“You should raise money for a purpose — not for the purpose of just raising money,” Vis said. “If we hadn’t found the right partners, then we probably would’ve waited longer.”

MessageBird, which has partnerships with 220 carriers globally, provides a telecommunications infrastructure to help companies communicate with their customers on a large scale. Some 15,000 companies use MessageBird’s platform, including Uber, DoorDash, SAP, and Heineken. In other words, if you get a text message from Uber that your driver has arrived, you’re communicating through MessageBird’s system.

The company went through YCombinator’s program in 2016, and that’s when it really caught the eye of investors. “It got really crazy,” Vis says. “I got hundreds of emails from startup investors to the large private equity firms.”

But he decided to wait and decide which firms to work with because “a board member is a marriage you can’t get out of.” The company decided to raise outside capital in order to hire more staff, beef up its marketing efforts, and make some acquisitions. Even so, it’s clear Vis is uncomfortable talking about ramping up the efforts to grow quickly.

“We’re always looking to scale, but the bootstrapped founder in me still pauses and says: ‘at a reasonable pace,’ because you want to focus on your culture,” he says. “Growing too quickly can also become your downfall.”

Miles Clements, the partner at Accel who led the round, says MessageBird caught his eye as it started to become one of the biggest growth stage companies in Europe. (“Trust me, we would need a much bigger fund if there were more companies like this out there,” he says.)

Atomico partner Hiro Tamura notes that his only criticism of Vis is that he would push him to be more aggressive in deploying capital, but he feels confident knowing Vis is “scrutinizing every dollar.”

“At the end of the day, building a business is about being profitable,” Vis says. “Watching costs is a business fundamental that I think any business person should have.”