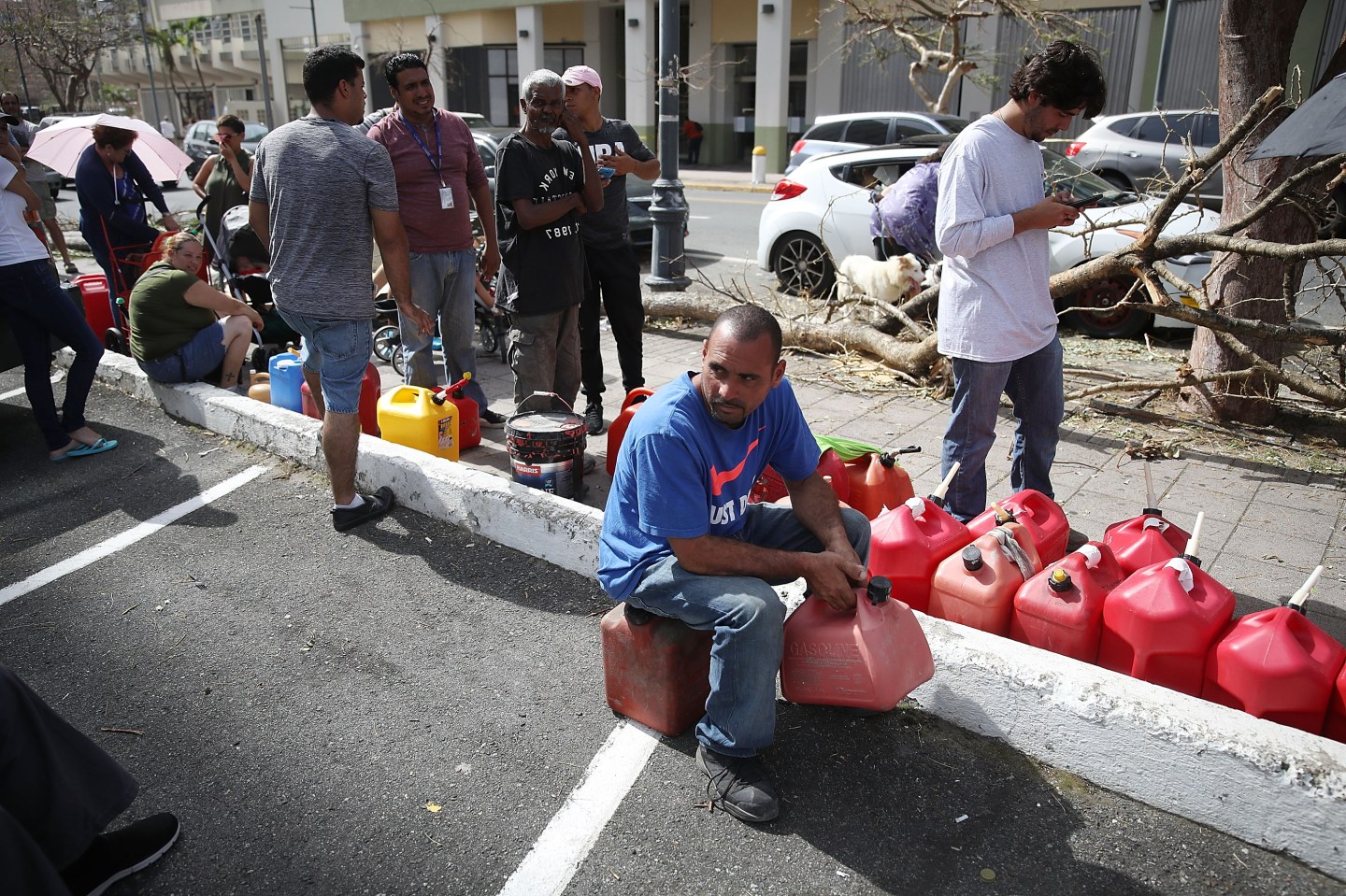 SAN JUAN, PUERTO RICO - SEPTEMBER 26: Edgar Morales sits and waits in line to get gas as he deals with the aftermath of Hurricane Maria on September 26, 2017 in San Juan Puerto Rico. Puerto Rico experienced widespread damage, including most of the electrical, gas and water grid after Hurricane Maria, a category 4 hurricane, devastated the island. (Photo by Joe Raedle/Getty Images)
Joe Raedle—Getty Images

Facebook has dispatched a “connectivity team” to supply emergency telecommunications support to Puerto Rico, much of which has been rendered a communications black spot after Hurricane Maria battered the island last week.

“Communication is critical during a disaster,” Facebook founder Zuckerberg wrote in a post Wednesday. “With 90% of cell towers on the island out of service, people can’t get in touch with their loved ones—and it’s harder for rescue workers to coordinate relief efforts.”

In addition to sending a team to bring Puerto Rico back online, Zuckerberg announced that Facebook is splitting a donation of $1.5 million between the World Food Program and Net Hope, a consortium of nonprofits and tech companies that Facebook previously collaborated with in response to the Ebola crisis in West Africa.

Puerto Rico’s population of 3.4 million American citizens is in the throes of a humanitarian crisis in the aftermath of Hurricane Maria, which killed 16 people and ravaged the islands electricity grid. Only 11 of the island’s 69 hospitals have power or fuel supply and almost half of the population is without potable water, according to a FEMA briefing issued Tuesday morning.

Read more: How to Help Puerto Rico After Hurricane Maria

U.S. President Donald Trump, who has been criticized for his response to the disaster in Puerto Rico, is scheduled to visit the island next Tuesday.