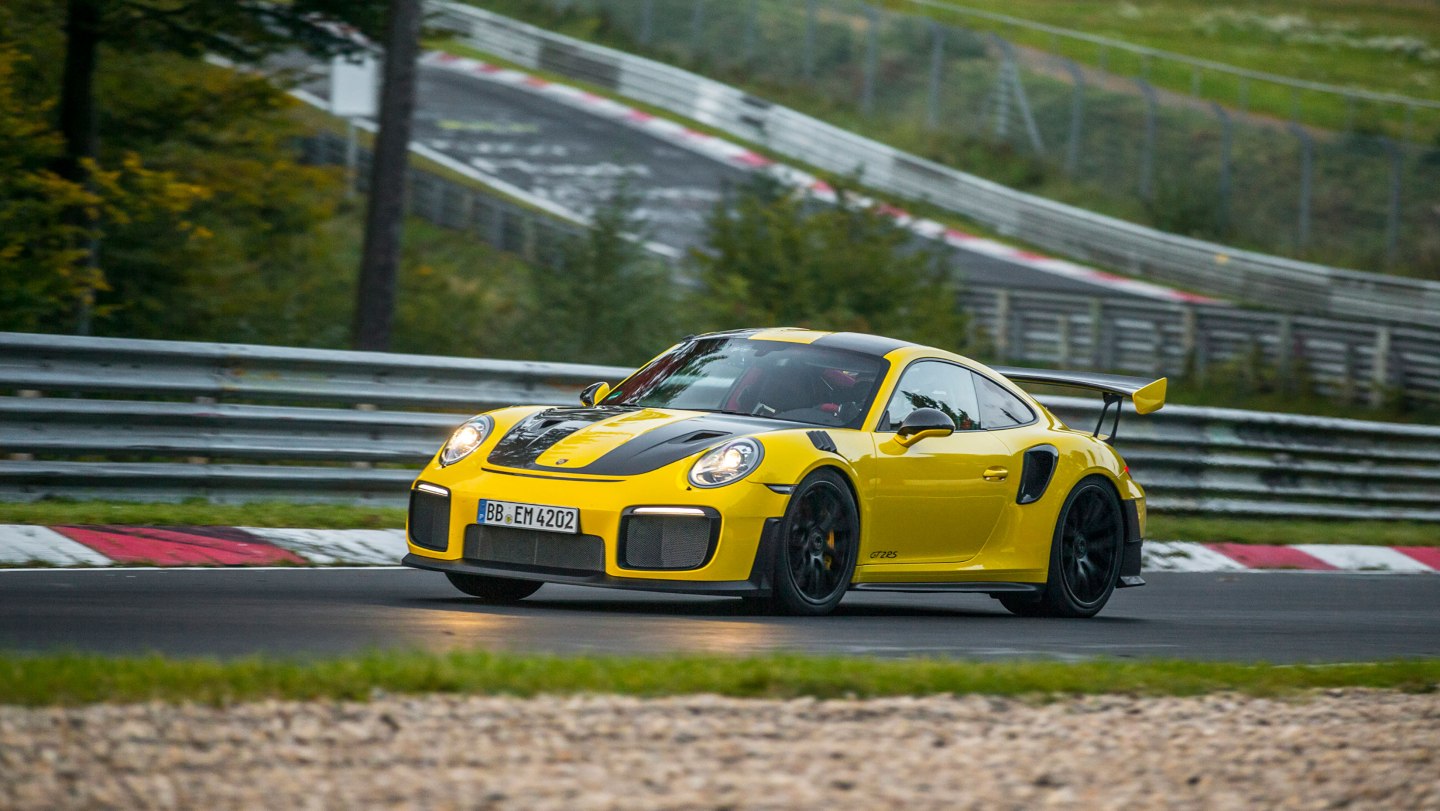 The Porsche GT2 RS made it around the Nürburgring Nordschleife circuit in 6 minutes and 47.3 seconds, beating out Lamborghini to become the fastest production car to lap Germany’s famed track and the quickest 911 ever built.

The German automaker was shooting for a time of less than 7 minutes and 5 seconds at the 20.6-kilometer (12.8-mile) track. Instead, two drivers—Lars Kern and Nicky Tandy—were each able to break the previous 6-minute 52.01-second lap record for road-approved sports cars in the Porsche GT2 RS, which was equipped with Michelin Pilot Cup 2 tires.

Kern, a Porsche test driver by trade, ultimately set the final record time, the company said. The vehicle’s average speed was 184.11 kilometer per hour (114.4 miles per hour) during the record lap.

You can watch the record lap below.

The record provides redemption for Porsche. Earlier this year, the Lamborghini Huracan Performante beat out the Porsche 918 Spyder for the fastest production-car lap at Nürburgring Nordschleife.