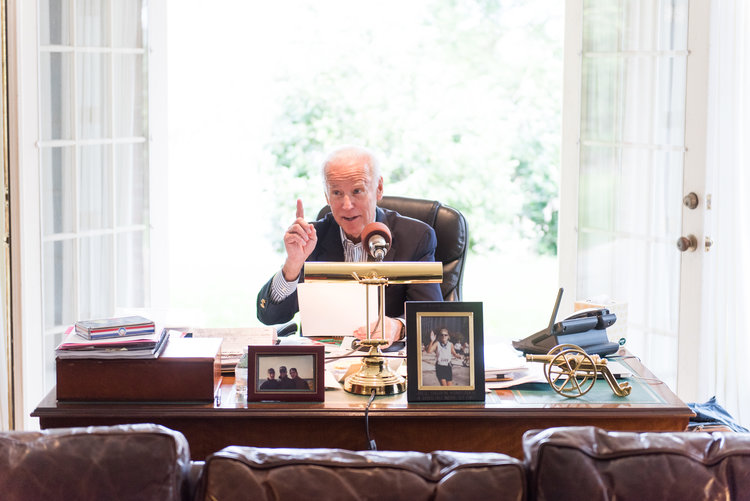 Former Vice President Joe Biden has launched a daily curated news podcast featuring articles, essays, and posts that he says “made an impression on me and I want to share with you.” In addition to traditional podcast outlets like iTunes, Spotify, and TuneIn, “Biden’s Briefing” can be accessed on Amazon Echo and Google Home smart speakers, a technological twist that has political minds wondering if the forward-leaning move is signaling a Biden run for the presidency in 2020.

Each day’s briefings consist of 3 to 15-minute programs relaying various articles that the former vice president found informative. “‘Biden’s Briefings’ will include a range of thoughts and opinions some of which I agree with, some of which I don’t, but all of which I think deserve spending some time thinking about,” says Biden during the inaugural episode, which ran Monday. The podcast is available on many podcasting platforms, but can be easily accessed by Amazon Echo users simply by saying “Alexa, enable Biden’s Briefing.”

Stories included in the briefing come from partnerships with more than a dozen publishers. However, Biden does not read the articles in his folksy “Amtrak” Joe style. Instead the stories are read by professional voice talent—work is sourced out to interactive audio company Ground Control, a startup that is developing voice-activated entertainment and news experiences alongside entertainment and sports agency Creative Artists Agency (CAA) and voice platform SpokenLayer.

“Biden’s Briefing” is the latest in a tide of podcasts that has swelled up in the wake of the 2016 elections. Crooked Media, co-founded by former Obama administration staffers Jon Favreau, Jon Lovett, and Tommy Vietor, has literally made a business out of opposing the Trump administration via podcast. Most recently former U.S. Attorney for the Southern District of New York, Preet Bharara, launched a podcast called “Stay Tuned With Preet” about justice in fairness. In its first episode, Bahara discussed his March 2017 firing by President Donald Trump.