What Mexico City’s Earthquake Rescues and Relief Efforts Look Like 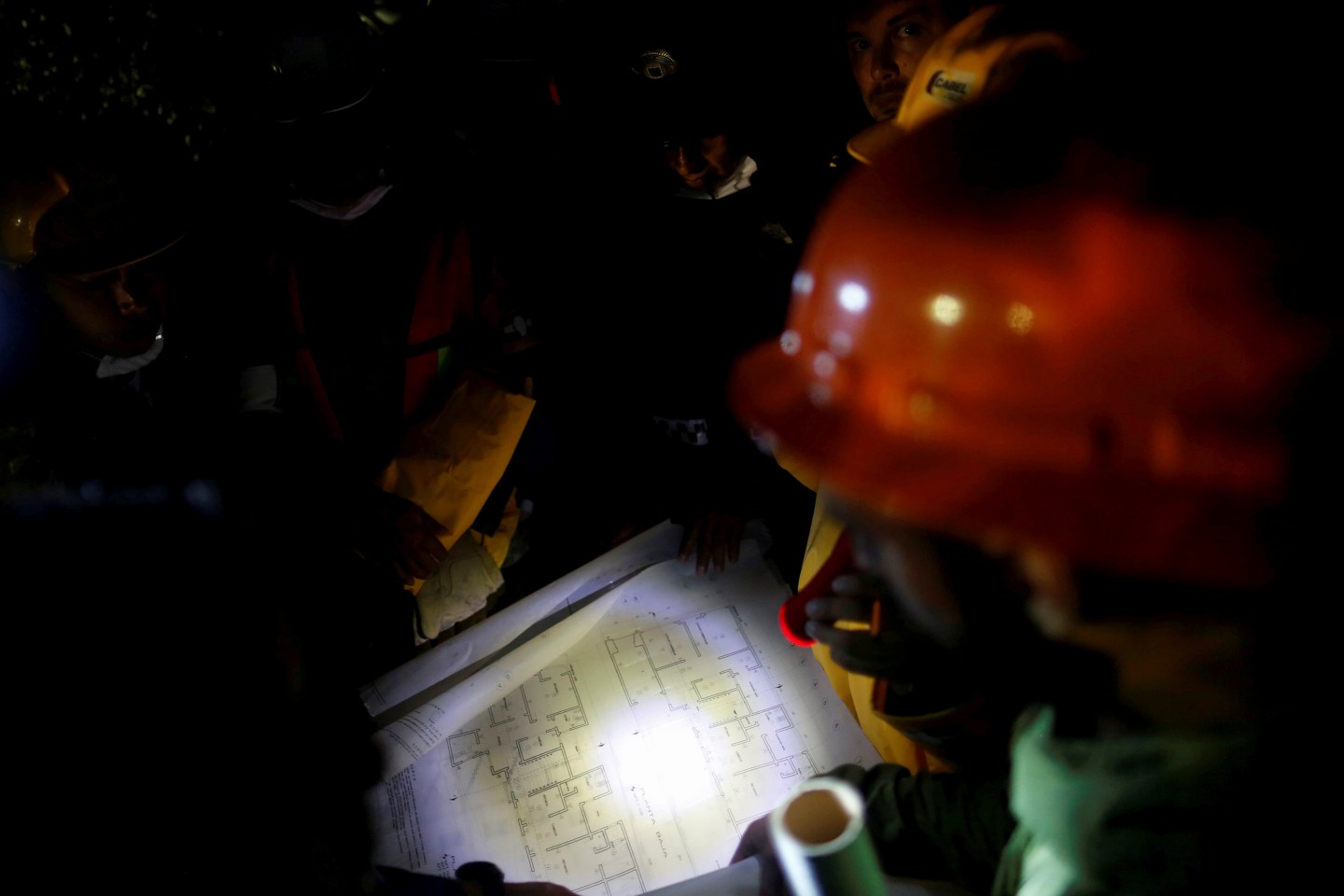 Rescue worker and Mexican soldiers study the drawing of a collapsed building as they search for survivors after an earthquake in Mexico City, Mexico September 21, 2017. REUTERS/Carlos Jasso TPX IMAGES OF THE DAY - RC19F0BA3140
Carlos Jasso—Reuters

Rescue crews and volunteers continue to search through the devastation of collapsed buildings days after a deadly earthquake that struck Mexico City. First responders have been working around the clock since Tuesday.

Thousands of Mexicans have come from all walks of life to join the rescue teams rushing under piles of rubble, trying to find survivors. An army of citizens joined members of the military, police officers, and fire fighters. This isn’t the first time Mexican citizens have banded together to help each other. The same camaraderie was seen in the massive earthquake that devastated the capital 32 years ago to the day, killing more than 10,000. Citizens are taking matters in their own hands to dig through the rubble and save the survivors.

But they still need help. Many organizations are accepting monetary donations to help the earthquake victims. The list below includes those working toward relief efforts.

Save the Children Mexico

Facebook has announced it will donate $1 million to the Red Cross and Mexican-born actress Salma Hayak said she will be donating $100,000 to help rescue efforts.