Why Startup Founders Should Be Required to Sign a ‘No Go, Bro’ Clause 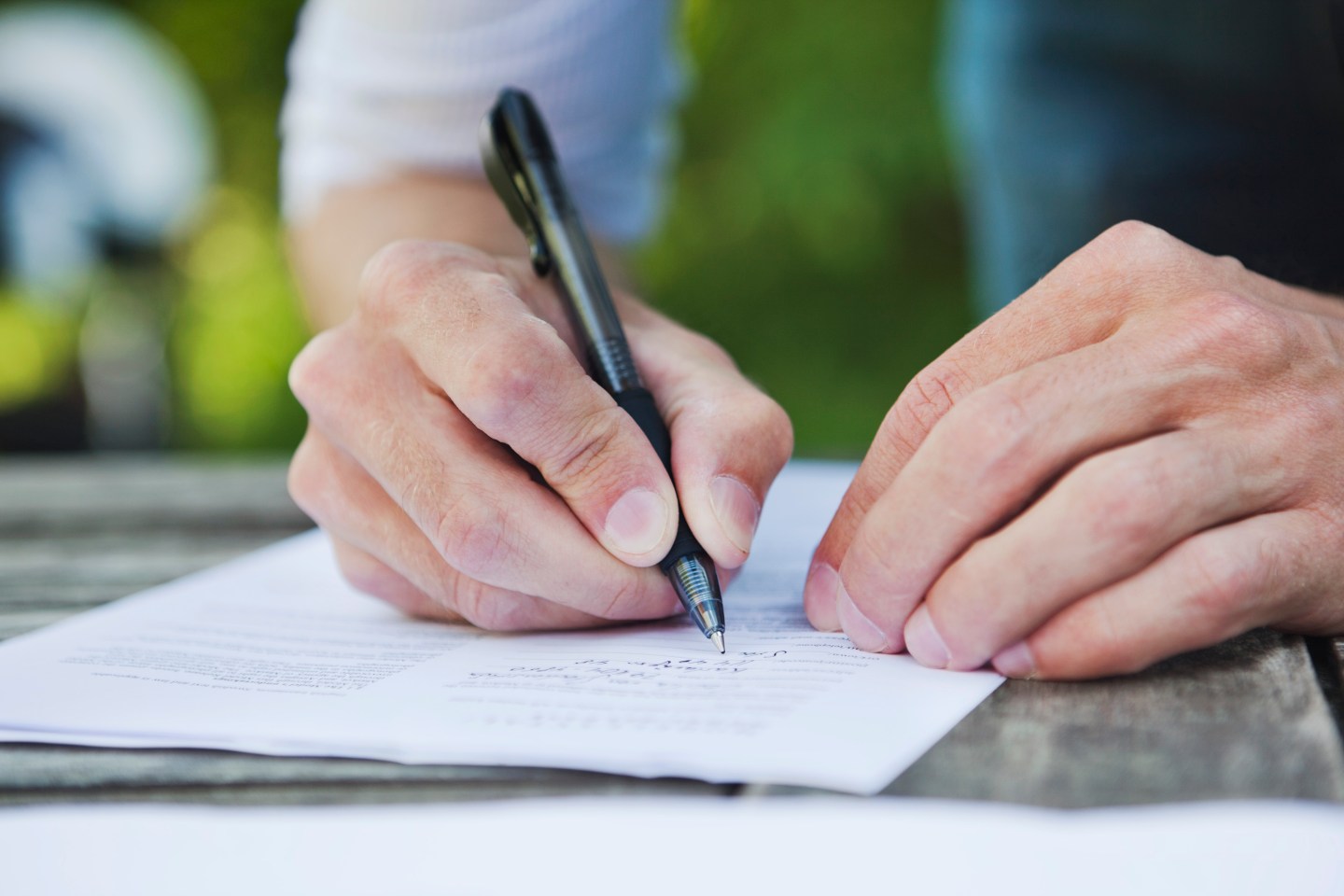 The recent resignation of Social Finance CEO Mike Cagney, in the wake of allegations that he sexually harassed female employees, fostered a frat house culture, and misrepresented the firm’s finances to investors, raises the question of what boards and investors can do to check misconduct by startup executives.

Startup CEOs like Cagney, Travis Kalanick at Uber, and Taylor Freeman at UploadVR—accused in a recent lawsuit of bragging with his co-founder Will Mason about how many girls they were going to have sex with at company parties, and designating a room at the office as a “kink room”—can destroy as well as create billions of dollars in value for their companies, all while creating toxic work environments.

Whether they resign like Cagney and Kalanick or remain with the company like Freeman and Mason, startup executives typically own a large percentage of company stock. That often leads investors and boards to treat them gently when it comes to sexual harassment allegations and other forms of misconduct—but it should not.

A founder’s need for funding gives investors great power over them, which they can and should use to reduce the chance of any sort of misbehavior. The mutual courtship involved in venture capital funding—in which investors pursue charismatic founders even as founders pursue wealthy investors—along with the male-dominated venture capital culture described by Ellen Pao in her unsuccessful but instructive lawsuit against Kleiner Perkins, have traditionally deterred investors from acting to deter misconduct. But the recently filed investor lawsuit against Kalanick by major Silicon Valley venture capital firm Benchmark over his board seats is a hopeful sign that investor passivity may be coming to an end.

Before making a big investment in a startup, investors should use their power to require CEOs to sign a clause under which they forfeit a large proportion, or potentially all, of their stock, if fired for misconduct, including reasons such as sexual harassment and misrepresentations to investors. Such clauses have not been used traditionally—but now, Benchmark and other VC firms, such as Baseline, the early funder of Cagney and SoFi, can and should see their value.

Once an investor-founder agreement is in place, boards influenced by investors should use the “no go, bro” clause as a basis for nipping any misbehavior in the bud before things get out of hand.

As early as possible, startup boards—which can and should have a higher proportion of women than has typically been the case (SoFi’s board has eight men and no women)—should establish checks and balances within their governance structures that reduce the likelihood that the company will fail to timely and adequately address ethical and legal issues with management and increase the likelihood of high-quality decision-making.

The board should set a clear tone from the top about workplace culture, behavior, and ethics, and should include this as a focus at board meetings, in addition to growth and finances.

There should be a process for adequate information flow to the board not only from the CEO, but also from other managers, to ensure that the board gets a more comprehensive view of the workplace culture and operations. The full board should be knowledgeable about leadership performance and utilize a process for high-quality board decision-making.

With a “no go” clause in the CEO’s contract, and established processes for high-quality board decision-making, let’s see how this should have worked at SoFi, and should work in the future at other startups.

In September 2012, SoFi, which had been founded the year before by Cagney and three Stanford Business School classmates with $2 million from Stanford alumni, received $77.2 million from U.S. and Asian investors.

At that key moment, the investors pouring significant funding into a tiny startup could have, and should have, taken a strong hand in corporate governance. The investors could have, and should have, gotten Cagney and other key personnel to sign “no go” penalty clauses. The full board, ideally diverse in order to benefit from multiple perspectives, would not only have been informed about allegations of harassment—which reportedly did occur at SoFi in 2012—but would, given the penalty clause, have had leverage over the CEO. The clause would similarly have empowered the board to stand up on issues of workplace culture and misrepresentations by leadership, and empowered it to utilize its decision-making process to carefully frame problems and look comprehensively at possible alternatives, ultimately resulting in timely, well-informed, and carefully reasoned decisions.

With that done, the SoFi story would have likely turned out better for all concerned.

In the end, dealing with the problem of misbehaving CEOs at SoFi, Uber, UploadVR, and other tech startups is a matter of will.

As we have shown, there is a way for investors and boards to exercise their leverage to deter value-destroying misconduct. But they have to get beyond old-boy and young-bro Silicon Valley psychology that deters them from using their power over founders. They need to, as the saying has it, man up—and woman up, too.

Wayne Eastman is a professor in the Department of Supply Chain Management at Rutgers Business School-Newark and New Brunswick. Andrea Marino is a corporate attorney and consultant.