I’m a Dreamer. I’d Have Nothing if it Weren’t for DACA. 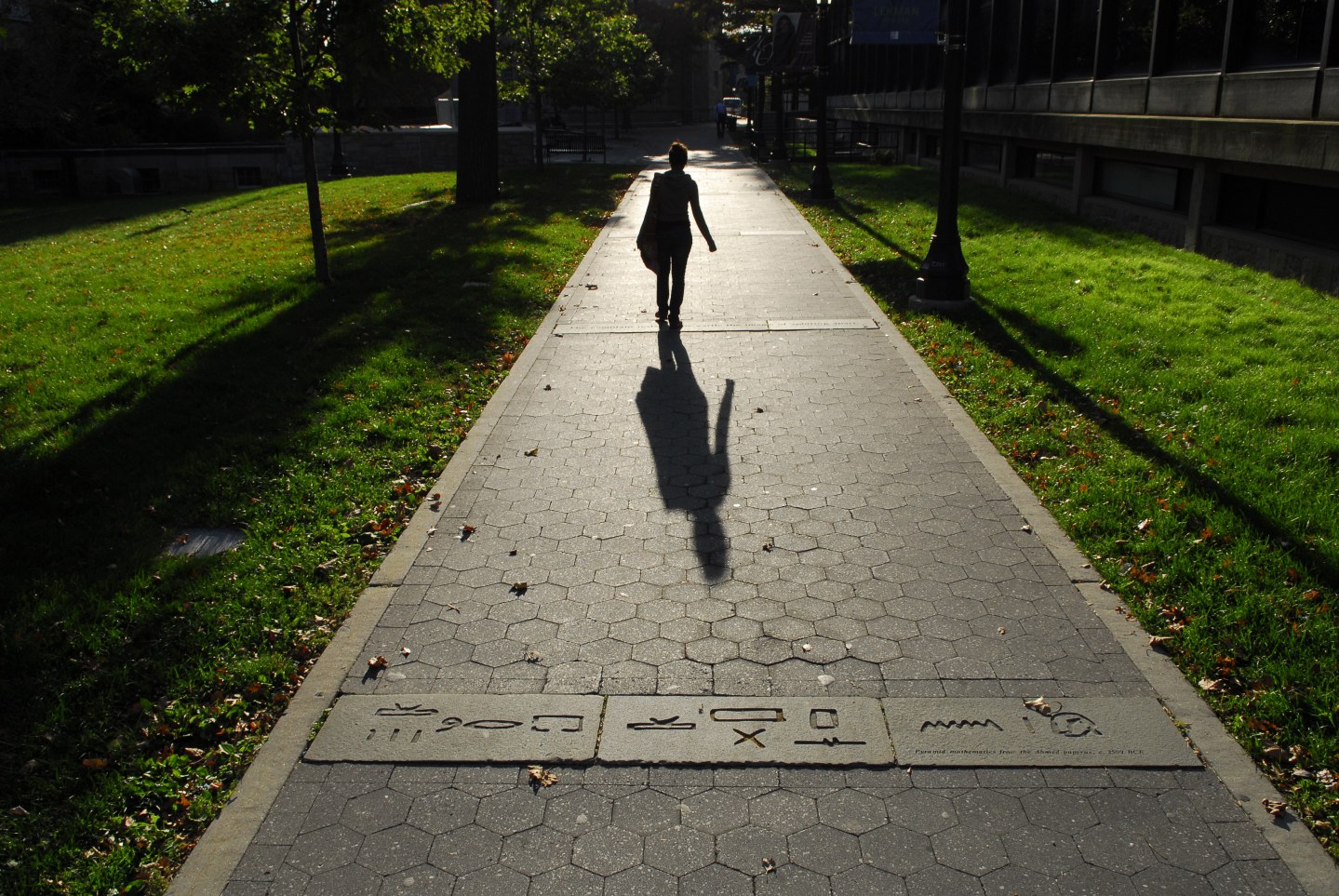 Student and her shadow, walking on a CUNY campus
Ozier Muhammad/CUNY

I arrived in the U.S concealed in darkness. I was 4 years old, unaware that my presence—and my parents’ yearning for a better life for me—constituted a crime.

Over the past 17 years that I have lived in the U.S., I have experienced an inner battle in trying to define who I am: American or Mexican. I’ve come to determine that I am both. The beautiful thing about this country is that one’s creed, race, or religion do not prohibit one from achieving the American dream through hard work and perseverance—or so I was told growing up.

My diplomas, awards, and years of growing up in the public school system are negated by the fact that my birth certificate does not reflect my American identity. Deferred Action for Childhood Arrivals (DACA) for me was a way of coming up for air after having been underwater all my life in a sea of uncertainty. I was able to catch my breath, but I was not yet on a boat back to land. DACA allowed me to work legally, have a Social Security number, open a bank account, and have something as simple as a state ID. Most importantly, DACA provided me with a license to dream. When my younger brother was diagnosed with ADHD, I decided to pursue training in psychology and gather the clinical tools needed to help him and other children like him. With DACA, I was able to apply for scholarships based on my merit, which allowed me to be the first in my family to attend college and actually be able to pay for it.

This was my form of a lifejacket, but my future was still left behind floating in the vast sea. This temporary fix did not grant any legal status; it simply deferred my deportation. I willingly surrendered my personal information to the Department of Homeland Security, trusting the government would not use it against me. DACA recipients and undocumented folks pay taxes and contribute to programs like Medicare, Medicaid, and Social Security that we aren’t eligible for or get federal financial help from.

By the time DACA is phased out, I will have graduated with a double major in psychology and political science. But a repeal would leave me unable to utilize my degree. Without a valid work permit, I will not be able to help children like my brother who require speech and occupational therapy services. And yet, in the larger context, I am one of the lucky ones eligible for DACA.

Many focus on the 800,000 DACA recipients who are often admired for their resilience, ignoring the fact that we stand on the shoulders of our parents. We are called Dreamers, but our parents dreamed long before we did of a better future. There are 11 million undocumented people who deserve to be acknowledged as people. Comprehensive immigration reform with a path to citizenship needs to be passed, without Dreamers being used as pawns for either party for their temporary political convenience. Nothing has been handed to us nor have we taken anything. We have earned what we have. We want to be understood, and demand what we deserve.

For now, we wake up to a reality filled with uncertainty, not knowing if in our pursuit of happiness, our mixed-status family will be separated. After all the class lectures I have sat through, the most important lesson I’ve learned, to persevere, was taught by my parents. I’ve watched them work multiple jobs, breaking their backs to put food on the table for my siblings and me. Because of this lesson, I have faced all obstacles thrown my way. When I fall, I stand up and do it all again the next day. The road to the American dream was supposed to be built on perseverance and hard work. But 17 years after that nighttime journey, that dream is now a prohibited one.

Ms. Guzman is a junior at the City University of New York (CUNY).

After agreeing to go public with her story, the contributor became nervous about possible repercussions. Fortune agreed to protect her first name.