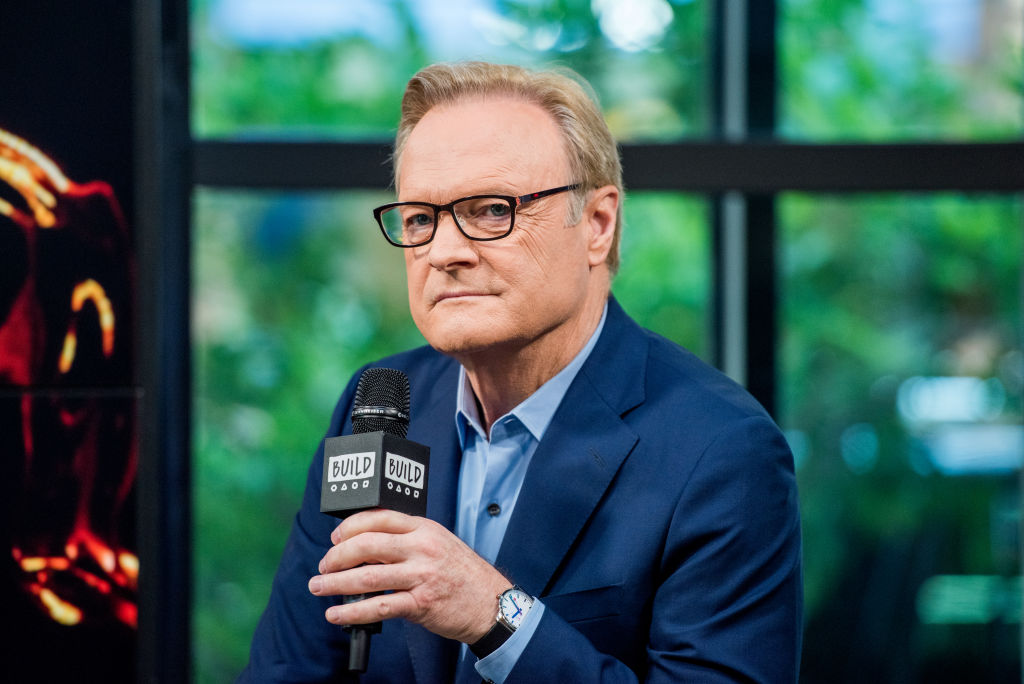 Leaked footage of a visibly frustrated Lawrence O’Donnell surfaced on Wednesday, showing the MSNBC host getting increasingly upset about a series of sound problems during a recent broadcast of his show, The Last Word with Lawrence O’Donnell.

In a video clip published by the website Mediaite, O’Donnell is seen yelling at members of his production staff as he grows more and more frustrated by unwelcome voices coming through his earpiece. Soon a hammering sound proves distracting as the veteran cable news host tries to introduce a series of clips, including one about President Donald Trump’s trip to Houston last month in the wake of Hurricane Harvey. The roughly eight-minute clip appears to have been leaked to Mediaite by someone with access to MSNBC’s uncut footage.

Early on in the video, O’Donnell begins to get upset as he complains about a mysterious woman’s voice talking in his earpiece about a “Labor Day rundown.” Throughout the clip, the MSNBC host complains about hearing excess chatter through his earpiece, and he demands at one point that the production staff empty out of the show’s control room to determine the root of the problem. “You have insanity in my earpiece,” the upset anchor grumbles.

Later in the video, O’Donnell complains about hearing a hammering sound, but he can’t identify where the sound is originating. “Who has a hammer?” he asks. “Stop the hammering!” O’Donnell begins yelling and uttering a string of expletives in between completing takes for his show. “It fucking sucks to be out here with this out-of-control shit,” he says at one moment.

At one point, O’Donnell even suggests that someone on the staff contact MSNBC president Phil Griffin to take care of the sound issues. “I don’t care who the fuck you have to call, stop the hammering!” O’Donnell pleads. After being informed that the alleged hammering sound is likely coming from a different floor of the building, O’Donnell demands that someone go to the floor above his studio and put a stop to the racket.

An MSNBC spokesperson declined to comment on the leaked footage after Fortune reached out to the network. O’Donnell addressed the video in a tweet on Wednesday evening:

A better anchorman and a better person would've had a better reaction to technical difficulties. I'm sorry.

The leaked footage of O’Donnell is reminiscent of the infamous unaired footage of Bill O’Reilly, when the former Fox News host was a host on the onetime CBS news program Inside Edition, which featured a similarly outrage O’Reilly screaming and cursing at the show’s production staff. “We’ll do it live!” O’Reilly memorably repeated in that footage.

UPDATE: This article has been updated to include a tweet from O’Donnell addressing the leaked footage.