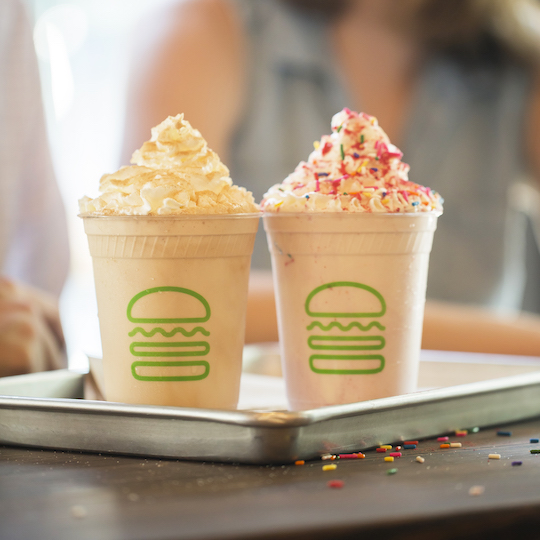 Will and Grace is coming back to TV later this month. To celebrate, Shake Shack is selling two new milkshakes inspired by the show, and one of them is alcoholic.

The shakes, which are inspired by characters on the show, officially go on sale today and will be sold at Shake Shack’s Los Angeles and New York City locations until October 1st.

Your two options are:

For every shake sold, Shake Shack and NBC will also be donating $2 to GLAAD, the world’s largest LGBTQ media advocacy organization.

Will and Grace returns to NBC on Thursday, September 28th.