Data Suggests That the Chinese Housing Market Is Stabilizing 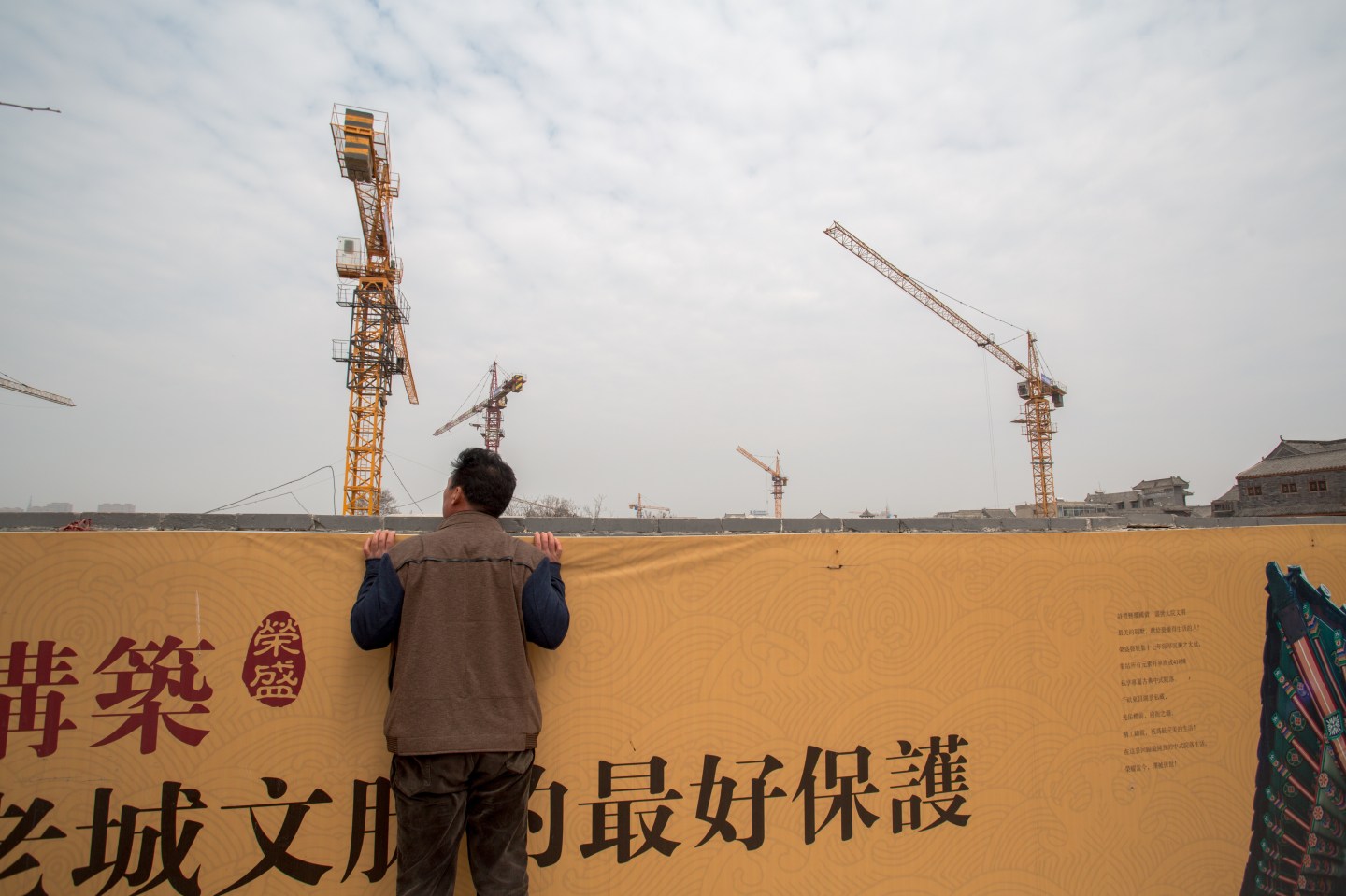 LIAOCHENG, SHANDONG PROVINCE, CHINA - 2015/03/26: Pedestrian looks into a construction site of a high-end villa district of traditional style in ancient city of Liaocheng. Liaocheng is a historic city on the Great Canal. China is reviving the ancient cities to develop real estate and tourism. (Photo by Zhang Peng/LightRocket via Getty Images)
Zhang Peng — LightRocket via Getty Images

China’s new home prices rose in August at the slowest pace in seven months and fell or leveled off in more cities as government cooling measures dampened speculation, though there were no signs of a sharper correction that could damage the economy.

Signs of a more stable and less frothy housing market, which is a key driver of economic growth, will be good news for the Communist Party as it prepares for a key meeting next month.

It’s the first time in three years that prices in the 15 hottest markets singled out by the NBS – mostly mega-cities and provincial capitals – have all stopped rising on a monthly basis after nearly six months of intensified controls, analysts noted.

“The turning point for Tier-1 and Tier-2 cities has emerged,” Zhang Dawei, a Beijing-based senior analyst at property agency Centaline, wrote in a note.

The Hong Kong-listed shares of Chinese property developers jumped after the news.

“The market was worried that China might step up tightening if home prices continued to rise … Now it was showed that the policies in place are effective and there’s less worry over further tightening.”

Over the last year, more than 45 major cities have imposed restrictive policies of varying severity to curb fast-rising prices, with some forced into several rounds of tightening measures.

The steps have started to take some heat out of the market as sales growth has slowed from peak levels seen at the start of the year, but buyer demand appeared to be more resilient than expected.

The majority of the 70 cities surveyed by the NBS still reported a monthly price increase for new homes, although the number dropped to 52 in August from 61 in July.

Prices in Shanghai and Beijing rose 2.8 percent and 5.2 percent, respectively, from a year earlier, but were unchanged on a monthly basis.

However, the latest data showed that speculators are continuing to move into smaller cities with fewer controls.

New home prices in Tier-3 cities rose a faster-than-average 0.4 percent in August, but slowed from the 0.6 gain percent in July, the NBS said in a note accompanying the data.

Analysts say China’s property market may become even more polarised in the next few months as falling inventories of finished homes could drive up prices in smaller cities, especially when the market enters the “Golden September, Silver October” peak sales season.

For more on the Chinese economy, see Fortune’s video:

Nearly a third of Chinese households believe housing prices will keep rising in the coming quarter, despite state moves to cool down the market, a survey by China’s central bank showed on Friday.

Analysts polled by Reuters expect China’s home prices to rise faster in 2017 than previously estimated despite the flurry of new government curbs introduced this year.

Compared with a year earlier, August new home prices rose 8.3 percent nationwide, decelerating from July’s 9.7 percent gain, according to Reuters calculations based on the NBS survey.