Trevor Noah Will Host The Daily Show Through 2022 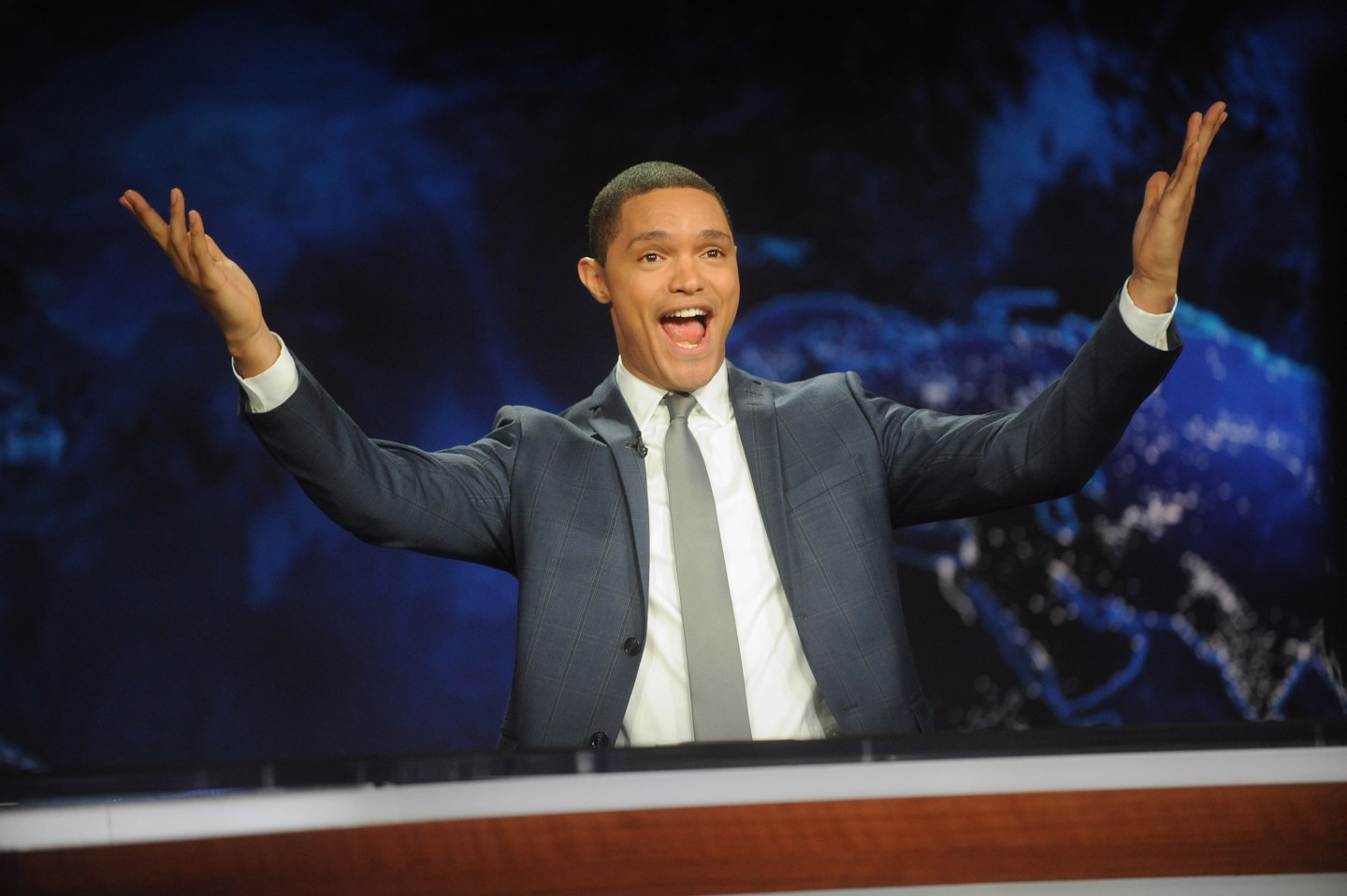 Fans of Trevor Noah will be happy to learn that the comedian has signed on to host The Daily Show through 2022. Comedy Central announced the contract extension this week.

In addition to his duties as the late-night show host, Noah will also produce and host a year-in-review comedy special at the end of year calendar year.

Noah still isn’t pulling in the same ratings as former Daily Show host Jon Stewart, but his numbers are growing. According to Nielsen, the show averaged 1.57 million viewers this quarter, which is up 28% from the same period last year.

According to Page Six, Noah is also the most popular late-night comic among viewers ages 18-24. He’s also exceptionally popular online. Videos of Noah have been streamed more than 2.2 billion times since he took over The Daily Show two years ago.