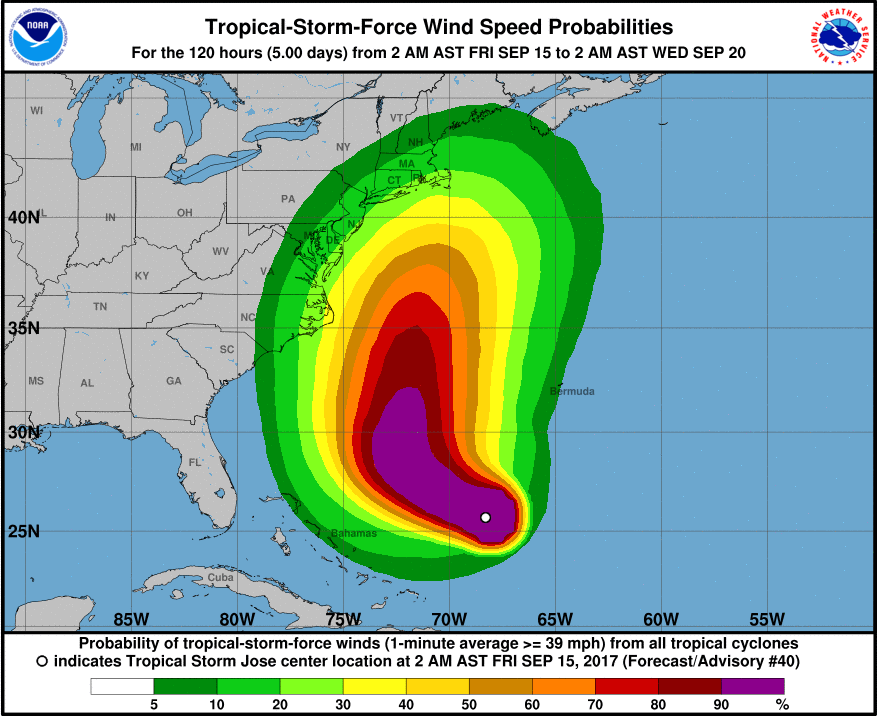 The storm is currently about 500 miles (800 km) south-southwest of Bermuda, packing maximum sustained winds of 70 mph (110 kph), the NHC said. Tropical-storm-force winds extend outward up to 140 miles (220 km) from its center.

“Jose is moving toward the west-northwest near 8 miles per hour (13 km per hour). A gradual turn toward the north is expected later today and on Saturday,” the Miami-based weather forecaster said in its latest advisory.

“Swells generated by Jose are affecting Bermuda, the Bahamas, the northern coasts of Hispaniola and Puerto Rico, and the Southeast coast of the United States, and will spread northward along the Mid-Atlantic coast of the U.S. during the next few days. These swells are likely to cause life-threatening surf and rip current conditions,” it added.