Stephen King’s ‘It’ Is Causing Tears For Clowns 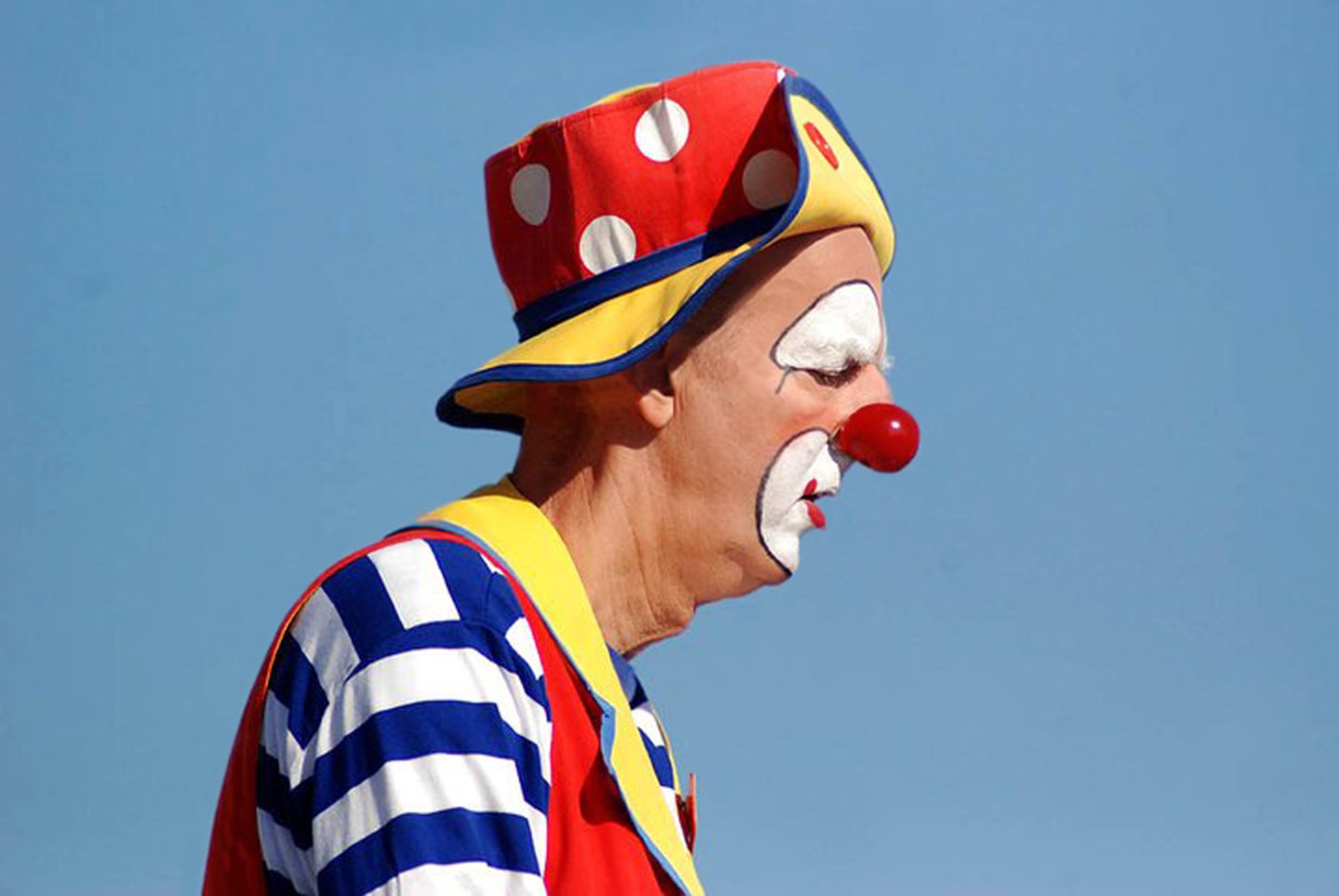 Close up profile of a clown seen at the Clownfest, Seaside Heights, NJ.
Moment Editorial/Getty Images

The horror movie It based off of the Stephen King novel might be a big hit at the box office, but it’s not delivering many laughs from the professional clown business.

The movie’s central bad guy is a clown named Pennywise, who does the things evil clowns do like grabbing children. Hollywood’s widespread promotion of the film and trending search terms on Google—both of which are depicting scary clowns—are prompting families to cancel clown appearance at children’s birthday parties, a NY-based clown company Clowns in Town told NBC News.

And now, the clowns are fighting back—in a comforting let’s-be-friends kind of way.

John Nelson, who runs Clowns in Town with a partner, is planning a clown rally Thursday evening outside the Union Square Regal Cinema near Gramercy Park in New York City, according to NBC News. The movie theater has more than 15 showings scheduled of It that same day.

Though a troupe of clowns greeting moviegoers after exiting a horror movie featuring an evil clown could end up being a bit more macabre than organizers hope.