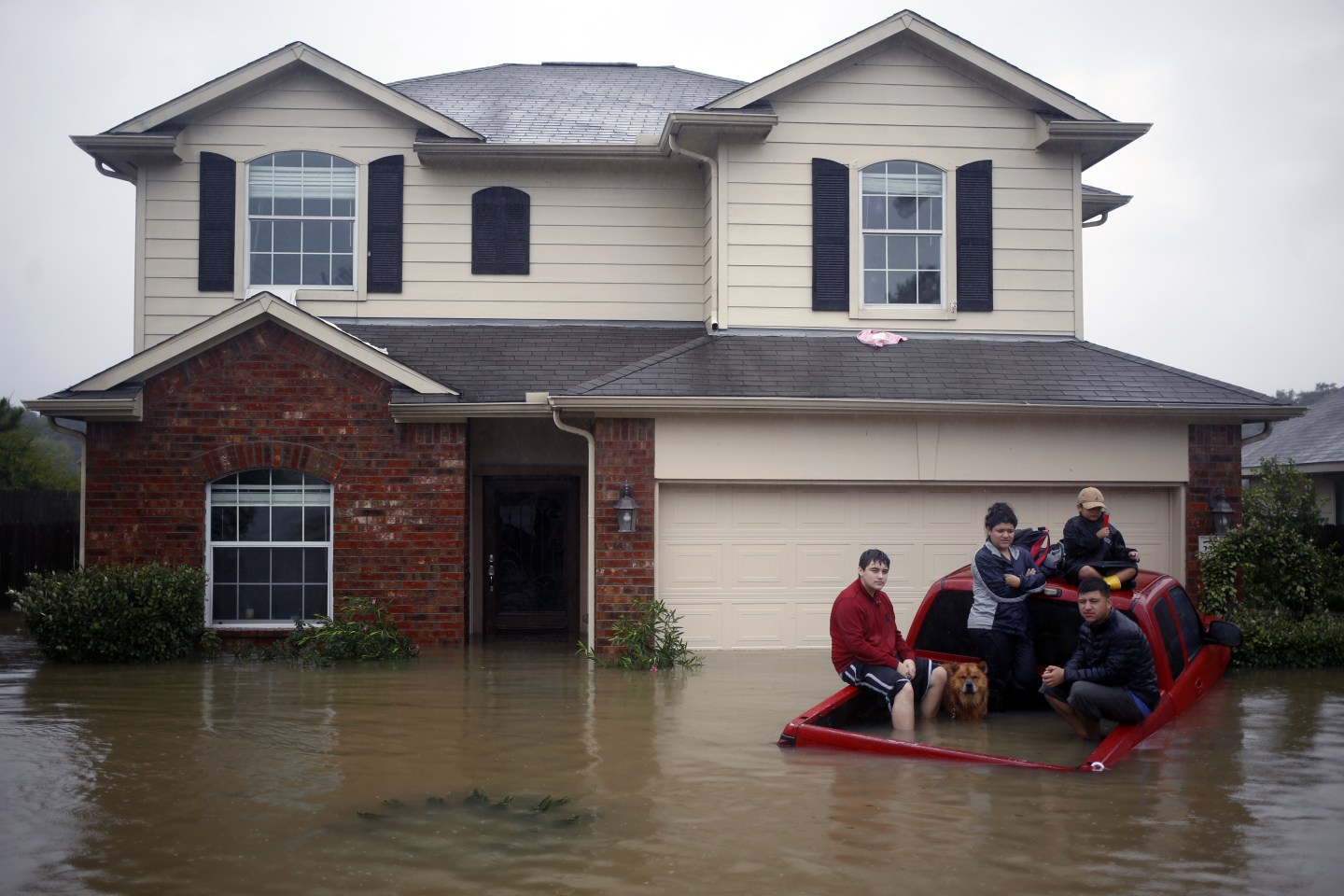 Residents with a dog sit in the back of a truck while waiting to be rescued from rising floodwaters due to Hurricane Harvey in Spring, Texas, U.S., on Monday, Aug. 28, 2017. A deluge of rain and rising floodwaters left Houston immersed and helpless, crippling a global center of the oil industry and testing the economic resiliency of a state that's home to almost 1 in 12 U.S. workers. Photographer: Luke Sharrett/Bloomberg via Getty Images
Luke Sharrett — Bloomberg via Getty Images

An advocacy group started by victims of Hurricane Sandy have a message for the thousands of U.S. homeowners affected by Hurricane Irma and Hurricane Harvey: Get ready to be tortured by FEMA’s National Flood Insurance Program (NFIP).

Hurricane Harvey caused widespread flooding in southeastern Texas after making landfall two weeks ago. Hurricane Irma, which pummeled Turks and Caicos Islands and caused widespread destruction to the British Virgin Islands, was downgraded from a Category 5 to a Category 4 early Friday, but it is still carrying winds as strong as 155 miles per hour, according to the National Hurricane Center.

The group, Stop FEMA Now, and law firm Weisbrod Matteis & Copley will be holding a press conference next week to “reveal what’s next for Harvey and Irma victims.” The intent, beyond spreading an ominous message to people whose homes have been flooded or destroyed by these two storms, is to put pressure on lawmakers to change the NFIP program. The federal flood-insurance program, which is about $25 billion in debt, is up for reauthorization this year.

The group says thousands of homeowners affected by Hurricane Sandy, one of the costliest hurricanes in U.S. history, still haven’t been paid what they’re owed five years after the storm ravaged the East Coast. Organizers say many lost their homes and fell victim to NFIP fraud and abuse, despite paying flood insurance premiums for decades.

Stop FEMA Now is a non-profit organization that launched after flood insurance premiums spiked as a result of the Biggert-Waters Act of 2012, inaccurate or incomplete FEMA flood maps, and what it describes as questionable insurance risk and premium calculations by actuaries, according to the group.

The press conference at 10 a.m. September 13 at the Longworth House Office Building in Washington D.C. will be a panel discussion.