1st Female NFL Scout: Football Is a Woman’s Sport Too 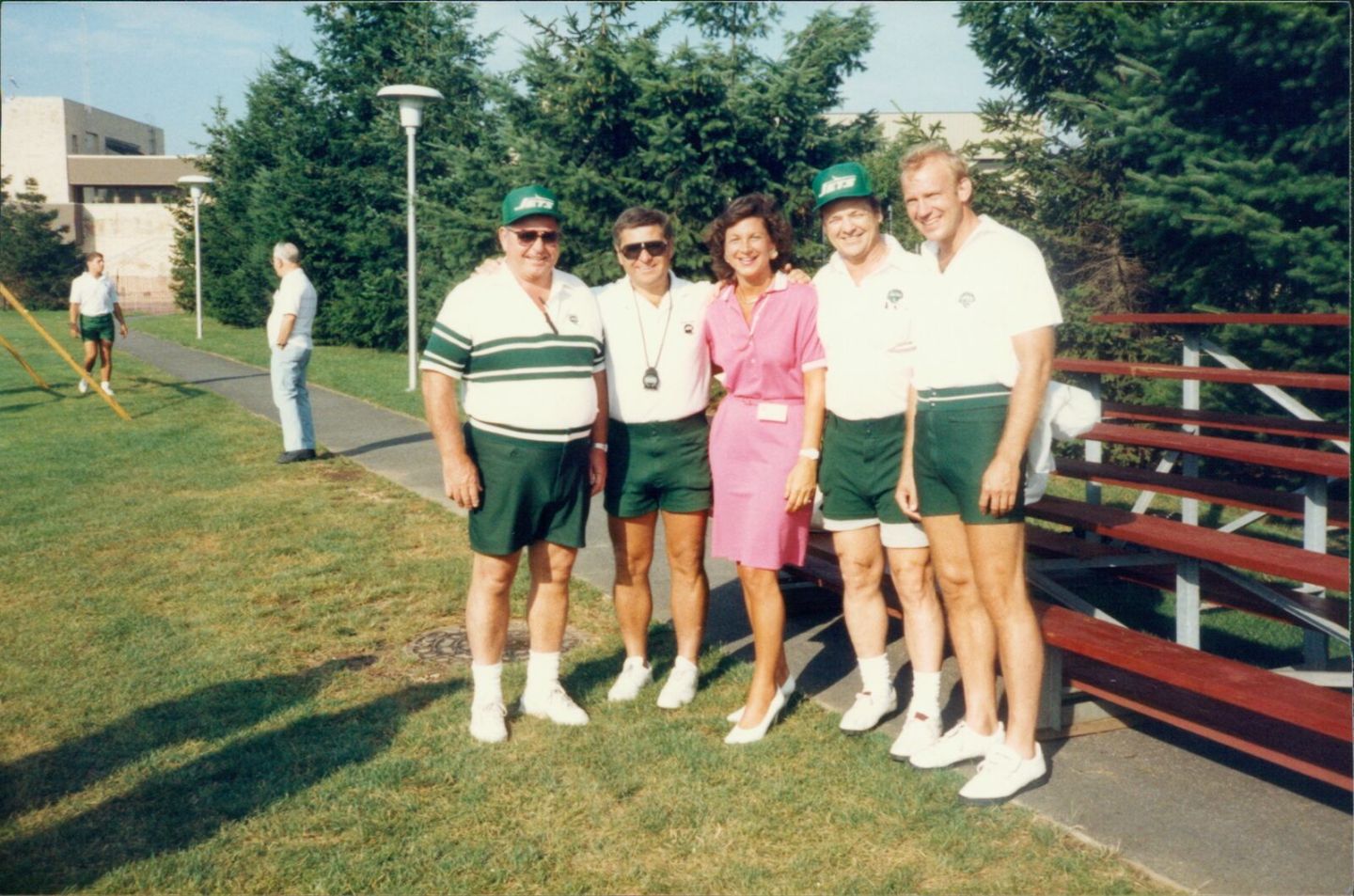 When I joined the New York Jets as a secretary in 1974, I was the only woman working in the football office. I knew little—if nothing—about being a secretary, but I knew plenty about football and was thrilled to be working for the team I’d grown up idolizing.

It was different being a woman in sports back then. I would yell “Girl back!” before I’d walk back into the locker room to give the guys fair warning. I baked pies for Joe Namath, not because anyone told me to, but because I was proud to be able to do something for someone who’d done so much to help our franchise.

When I became the NFL’s first woman scout—on top of my secretarial duties—I’d work long hours and do anything the team needed me to do, even if a date night movie with my now-husband meant watching football film rather than Hollywood’s latest release. I didn’t go into sports with an intention of making a splash or creating a headline. If anything, I wanted to be more invisible so I didn’t create a distraction for my beloved team.

Now, 40 years later and ahead of the 2017 NFL kickoff, I spent time with my beloved Jets during training camp, as I do every summer. But this year something had changed. There were three female scouting interns and a female defensive back coaching intern. And the change wasn’t limited to the Jets. Across the NFL women were appearing more and more on the football side of pro teams.

These women, of course, didn’t come from nowhere. In the 1980s, more women came to the forefront of football, both in coaching and TV coverage. By the end of the decade, the great Lesley Visser was a regular on The NFL Today, and later was the first woman to present a Lombardi trophy. Such progress took time, but more than that, it took credibility. While I was working my way up with the Jets, Visser became the first female NFL beat writer. Now numerous women work as sports journalists and no one bats an eye.

We’re starting to see that in the league itself. We’ve had female football executives for awhile—women who were very actively involved in the administrative leadership and strategy of these teams. But in 2015, when Jen Welter was hired by Coach Bruce Arians of the Arizona Cardinals, it signaled something different. This wasn’t solely a chief executive or financial and legal guru, but a coach on the field with players. Following Welter was Kathryn Smith of the Buffalo Bills, who was the first full-time female coach. More have followed.

I firmly believe that the starting point for gender diversity is not only with NFL teams, but in the places where most men have to start: high school, college, and other football leagues. The more points of opportunity that exist, the better chance of gender diversity growing. But this also shouldn’t be diversity for diversity’s sake. This is about giving qualified candidates opportunities, not handouts.

We’re likely to see more women on the scouting side than on the coaching side in the coming years, since there are many scouts who have not had extensive playing experience. I believe that a woman can judge talent in an equal fashion to men.

Women in football must remember that men are not the enemy. The mentors of my life were Paul Albert, Weeb Ewbank, Walt Michaels, Woody Hayes, Lou Holtz, Mike Holovak, and Al Ward. I doubt I could have met my dreams without them. Gender diversity can’t be achieved with an “us vs. them” mentality. I’d rather be around a guy who loves football than a girl who loves ballet any day. Your gender doesn’t make you qualified to coach on the sidelines or scout a player; your passion and knowledge do.

At their core, everyone who works in football shares a love for the game, and that love has the potential to overcome any societal expectations. Enjoy what you do, pursue it, and find any way in. That’s what I did, and I loved every second of it.

Connie Nicholas Carberg was the NFL’s first female scout with the New York Jets and is the author of X’s and O’s Don’t Mean I Love You: The Untold Story of the NFL’s First Female Scout. Follow her on Twitter @ConnieScouts.