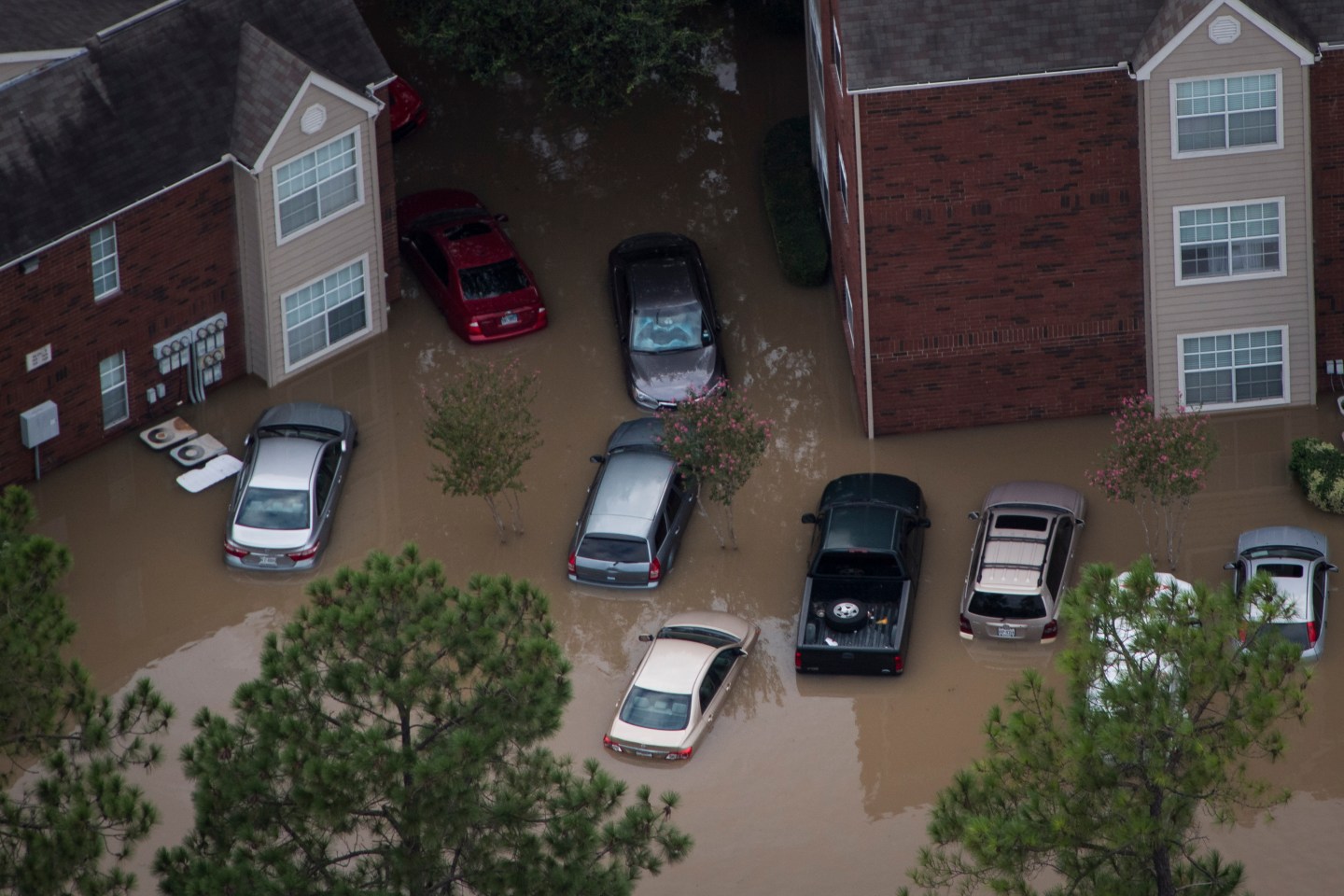 Insurance companies have received at least 100,000 claims for cars impacted by Harvey, according to Wired. Seventy-five percent of those claims have been for totaled cars, with the number of claims expected to rise.

Others estimate Harvey has destroyed up to five times more: Cox Automotive chief economist Jonathan Smoke told USA Today he believes 300,000 to 500,000 vehicles were destroyed by Harvey’s path — with many of those covered by insurance.

If that’s the case, it would mean Harvey has destroyed more vehicles than Hurricane Katrina in 2005 and Hurricane Sandy in 2012, which destroyed 200,000 and 250,000, respectively, USA Today reported.

Houston, the nation’s fourth-largest city, is also one of its most car dependent, with 94.4% of households owning a car, according to Cox Automotive. While much of the damage done to these vehicles will be covered by insurance, about 15% of car owners in Texas do not have the insurance required for owning a vehicle, according to Wired. Harvey has also delayed the first projected increase in year-over-year new car sales in 2017 for the month of August with 20,000 to 40,000 sales delayed in Texas.

Harvey is on track to become one of the costliest storms in U.S. history, with an estimates ranging from around $75 billion to $95 billion in damages, accounting for property damage to cars, homes, commercial buildings and infrastructure.