Arkema Reports Explosions at Its Chemical Plant Outside Houston 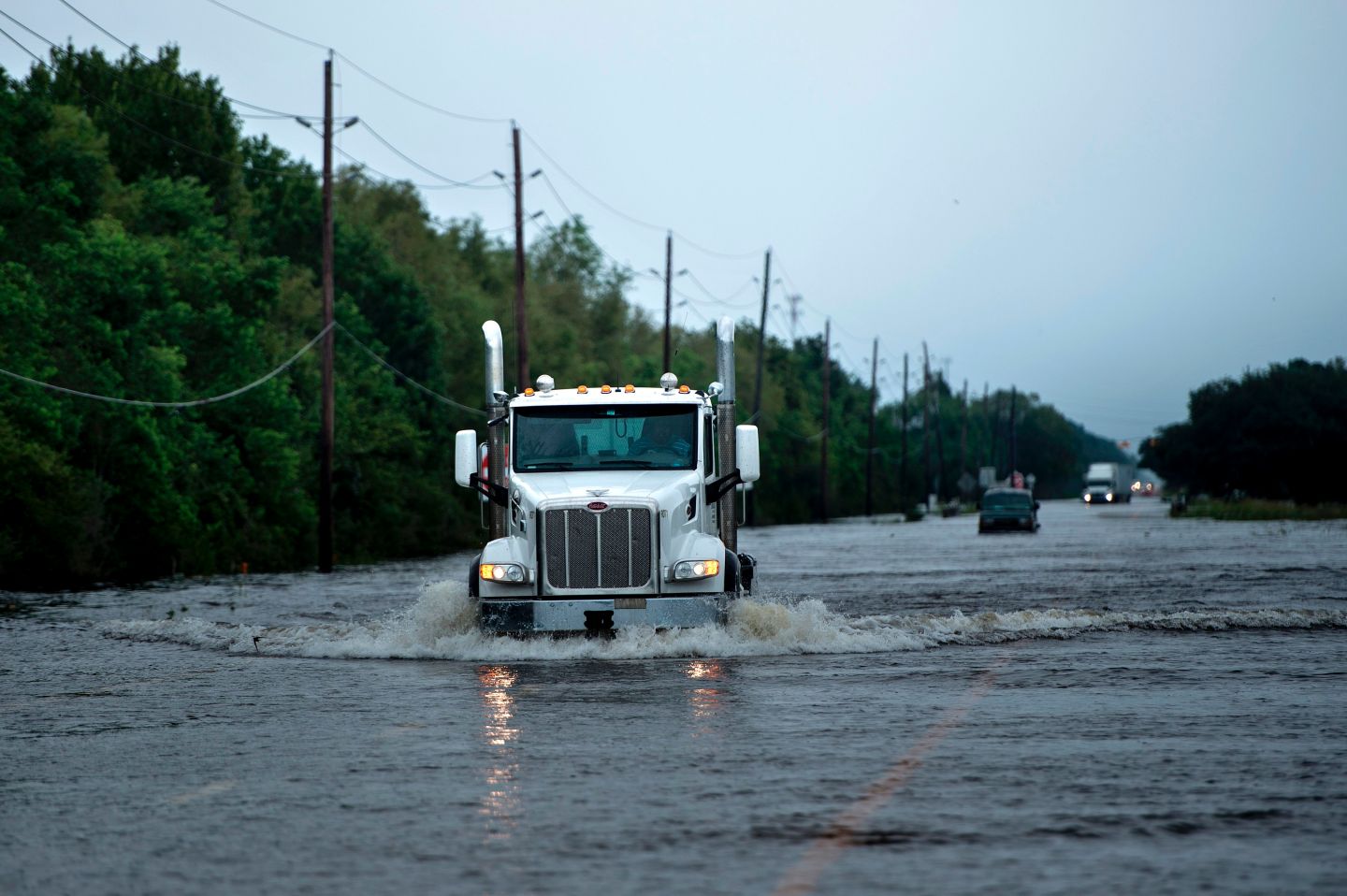 Trucks make their way through flood waters on a main road leading to the Arkema Inc. chemical plant that was in crisis during the aftermath of Hurricane Harvey on August 30, 2017 in Crosby, Texas. After pouring record rains on Texas, Tropical Storm Harvey made a second landfall Wednesday to strike Louisiana, a state that still bears deep scars from 2005's Hurricane Katrina. / AFP PHOTO / Brendan Smialowski (Photo credit should read BRENDAN SMIALOWSKI/AFP/Getty Images)
BRENDAN SMIALOWSKI AFP/Getty Images

Two explosions were reported on Thursday at the flood-hit Arkema SA (ARKAY) plant in Crosby, Texas, and a sheriff’s deputy was taken to hospital after inhaling chemicals, the company said.

The company said further explosions of organic peroxides stored on site were possible and urged people to stay away as the fire burns itself out.

Arkema said the company had no way to prevent fires because the plant is swamped by about 6 feet (1.83 m) of water due to flooding from Harvey, which came ashore in Texas last week as a powerful Category 4 hurricane, knocking out power to its cooling system.

The company said it was notified at about 2 a.m. by the Harris County Emergency Operations Center of two explosions and black smoke coming from the plant in Crosby.

“Organic peroxides are extremely flammable and, as agreed with public officials, the best course of action is to let the fire burn itself out,” the company said.

The Harris County Sheriff’s Office said on Twitter the deputy had been taken to hospital and nine others drove themselves to the hospital as a precaution.

“Remain well clear of the area and follow directions of local officials,” The National Weather Service said after the explosions, noting that winds were from the west to the east from 4 to 9 mph.

The company evacuated remaining workers at the damaged plant on Tuesday, and Harris County ordered the evacuation of residents within a 1.5-mile (2.4-km) radius of the plant, which makes organic peroxides used in the production of plastic resins, polystyrene, paints and other products.

“We want local residents to be aware that product is stored in multiple locations on the site, and a threat of additional explosion remains. Please do not return to the area within the evacuation zone,” Arkema said.

Shares in the French chemical company fell 2.3 percent in trading on Thursday.

Richard Rowe, chief executive officer of Arkema’s North America unit, told reporters on Wednesday that chemicals on the site would catch fire and explode if they were not properly cooled.

The company said it opted not to move chemicals before the storm but made extensive preparations. The plant is 25 miles northeast of Houston.

Rowe said a fire would not pose any “long-term harm or impact.”

The plant has been without electric service since Sunday. It lost refrigeration when backup generators were flooded, and workers transferred products from warehouses into diesel-powered refrigerated containers.

The company said some refrigeration of back-up containers has been compromised because of high water levels. It said it was monitoring temperature levels remotely.

The Federal Aviation Administration has temporarily barred flights near the plant because of the risk of fire or explosion.