Why This Airline Is Building a Massive Florida Resort 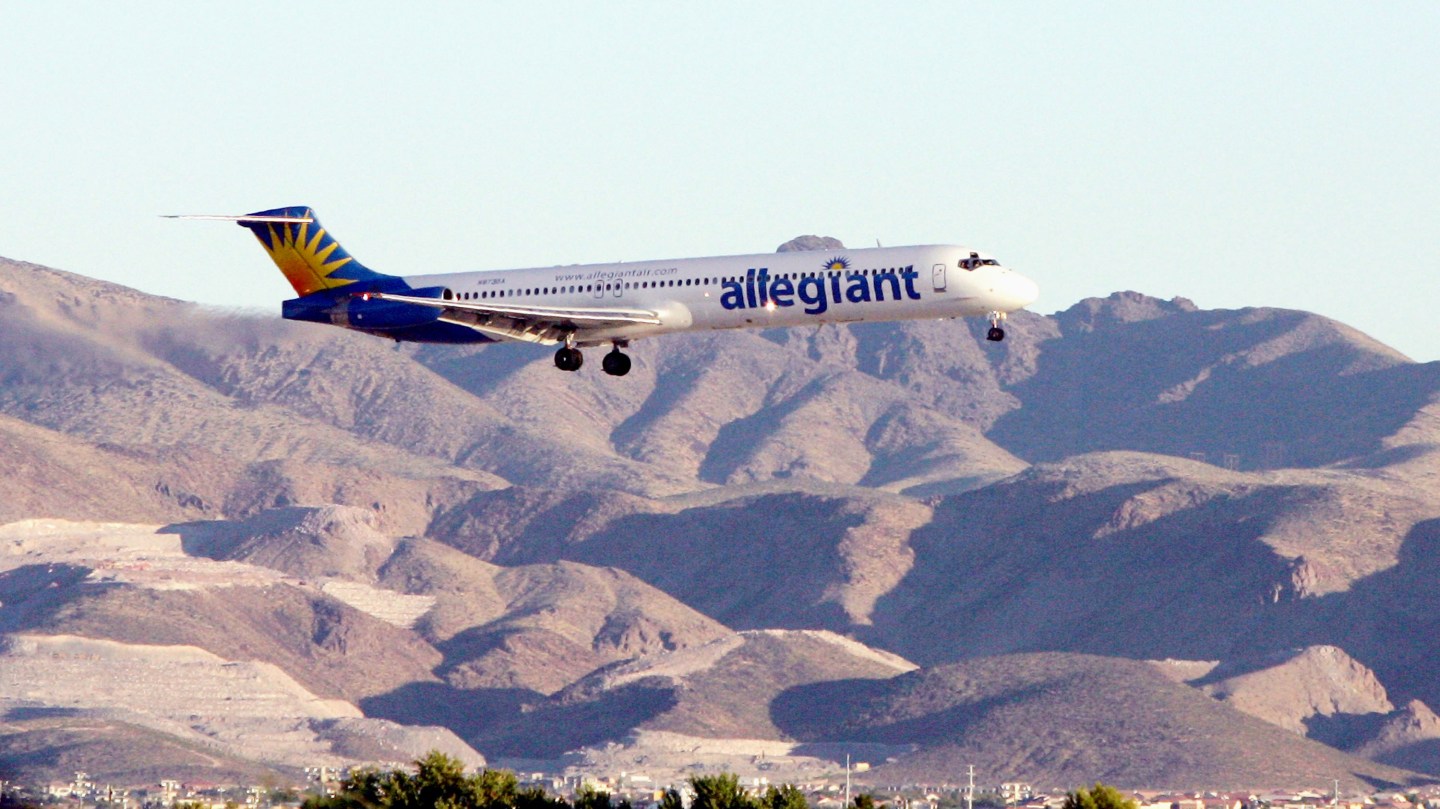 After 18 years flying as an airline for the price conscious, Allegiant Travel Co. wants to add real estate development to its list of corporate activities. The company is embarking on an audacious plan to build a 22-acre resort compound with a hotel, condominiums, bars, and restaurants on the Florida Gulf Coast in Port Charlotte.

The real estate offshoot, called Sunseeker Resorts, will have a 75-room hotel, along with about 720 condo units, ranging from $650,000 to $1.1 million based on size. The property, when finished in late 2019 or 2020, will also include North America’s largest private-resort swimming pool.

Longer term, Allegiant wants to tout its success with the Sunseeker property as a bid to begin managing other leisure-destination hotels for fees, further diversifying its revenue, President John Redmond said Tuesday. It also sees lucrative opportunities in developing new food and beverage brands and restaurants it can use at other locations, plus meeting and banquet space, a marina with boat slip leases, and the ability of owners to rent their condos as part of the hotel operation.

All this new business development is, of course, far afield from the core operation of running an 88-jet airline with nationwide, less-than-daily service from small burgs to leisure destinations in Florida, Las Vegas, and Phoenix—a model that has proved wildly profitable. The airline is simultaneously working this summer to improve its operational reliability, which suffered earlier this year, while also shifting to an all-Airbus fleet by 2020.

“They’re not playing on their home field anymore”

It’s hardly revolutionary for an airline to own or build traveler accommodations— Pan American Airways did it right after World War II, when founder Juan Trippe opened the carrier’s first hotel in Brazil. The chain expanded into the InterContinental brand under Pan Am ownership for 35 years before the airline’s financial pinch caused it to sell the hotels in 1981.

In the 1980s, United Airlines’ parent briefly became the Allegis Corp., a full-service travel conglomerate that aimed to meet the full range of travel needs by piecing together the airline with its ownership of Hertz rental cars and the Westin and Hilton hotel chains. (United had acquired Hilton from another airline, TWA.) The conglomeration effort died ignominiously in 1987 amid a shareholder battle, two years after the Hertz acquisition and almost 20 years after the company had bought Westin. United’s parent sold off everything but the airline.

A few carriers—including All Nippon Airways Co. Ltd and Icelandair Group—still own hotels, perceiving them as a natural commercial fit. But that’s about it.

The fear among Allegiant investors is that the project could prove to be both costly and distracting. Allegiant spent $35 million to acquire 20 parcels from 15 owners to stitch together its development site. The company says it will fund the project with presale deposits, collecting roughly 30 percent of a condo’s sale price before the particular unit is completed. As units are finished and sold, Allegiant aims to roll that income into financing further construction and keeping project costs away from its balance sheet. Owners’ fees are expected to cover operating costs and future maintenance on the hotel rooms and condos.

“Our cash investment will never be more than something around the cost of a plane,” Redmond said. (Allegiant officials said they won’t have a firm view of overall costs until further planning is completed next month.)

Not everyone is convinced this novel endeavor will succeed. Real estate is a different business, with different types of cycles, returns, and competition than Allegiant sees with air service, noted Seth Kaplan, a managing partner at trade journal Airline Weekly. He likens the business shift to a sports team “playing an away game—they’re not playing on their home field anymore.”

There’s also the old saw about not messing with a good thing. At a time of increasing airline competition, Sunseeker could further imperil the airline’s stellar profits of late: Over the past 12 months, Allegiant and Ryanair Holdings Plc have been the world’s most profitable carriers, with a roughly 22 percent operating margin.

For Allegiant, however, such great numbers actually mark a stark drop from the past two years, when its almost 30 percent margins were among the best in the industry worldwide. Investors, meanwhile, have shaved 29 percent off Allegiant’s share price this year, spooked by the big airlines and their efforts to combat ultra-low-cost carriers such as Allegiant and Spirit Airlines Inc.

It’s also fair to wonder whether Allegiant’s customer base, which paid an average $112 for a flight in the second quarter, is the best source of buyers for seaside condos that could cost nearly $1 million, plus recurring homeowner fees.

“The fact that people fly our plane doesn’t mean they’re broke,” Redmond said Tuesday on a conference call. “The people are flying the plane because they’re going to a leisure destination.”

Still, the carrier has an escape plan—namely, becoming a real estate flipper. Allegiant has modeled the “absolute worst downside” for its Florida project, which would be to sell the property, said Redmond, a former executive at MGM Resorts International Inc. and Caesars World Inc. who joined Las Vegas-based Allegiant in September 2016.

“The land is worth a hell of a lot more aggregated up as a 22-acre parcel, and flipping it to some other developer, than it was as 20 separate parcels not on the market,” Redmond said.

While it remains an open question whether the Florida condo market will prove lucrative for an ULCC, Allegiant’s record of making so much money in a financially fraught industry will prompt many industry observers and investors to “give them the benefit of the doubt,” Kaplan said. “Generally speaking, don’t bet against Allegiant.”