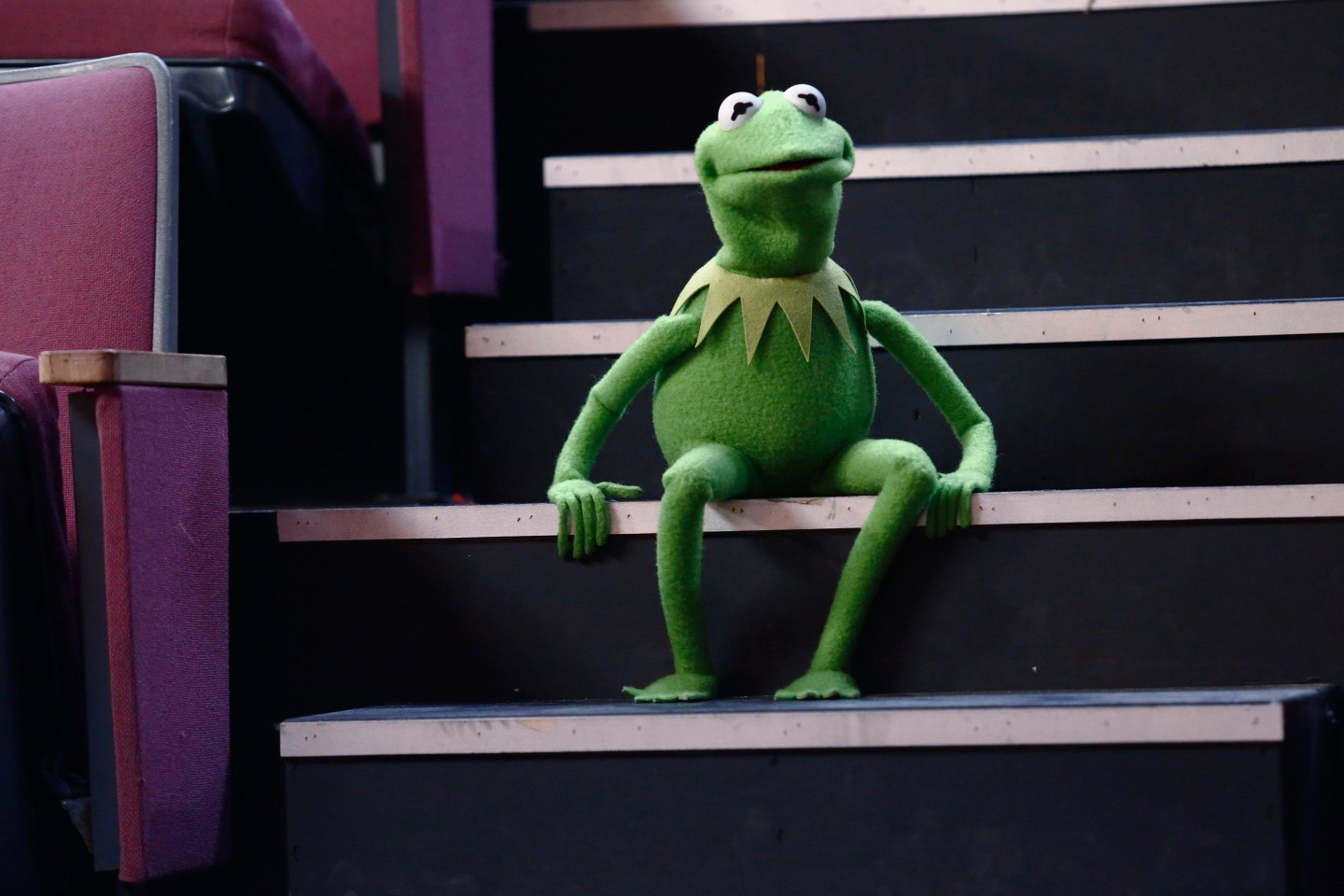 THE MUPPETS - "Generally Inhospitable" - When Miss Piggy breaks her leg rehearsing a dance number, Kermit gathers the crew and they broadcast "Up Late" from the hospital. Back at the studio, Rizzo, Pepe and Yolanda find creative ways to keep Pache occupied so he doesn't ruin the show while Kermit is out, on "The Muppets," TUESDAY, MARCH 1 (8:00-8:30 p.m. EST) on the ABC Television Network. (Photo by Nicole Wilder/ABC via Getty Images) KERMIT THE FROG
Nicole Wilder—ABC via Getty Images

After being briefly silenced earlier this year, Kermit the Frog is taking once again… and he sounds pretty much the same.

Disney and the Muppets debuted the first video with Kermit as voiced by Matt Vogel, who replaced Steve Whitmire, the longtime voice of Kermit, earlier this year.

It’s a fairly short debut. (The Muppets aren’t doing a lot of long-form videos these days, though they are planning a live show with the Los Angeles Philharmonic from Sept. 8-10.) But Vogel (to our ears, at least) seems to nail the cadence and vocal patterns made famous by Jim Henson, the original voice of Kermit.

Fan reaction to the new video was, predictably, mixed.

I don't know Matt Vogel and I'm sure he's a nice guy but oh my goodness this is not a good Kermit the Frog voice.

Vogel took over voicing the head Muppet in July after Whitmire, who has been voicing Kermit since 1990, was quietly fired last October. Disney says the action came after “repeated unacceptable business conduct over a period of many years.”

Whitmire, in a statement issued after his dismissal, said, “I just want you all to know that I am sorry if I have disappointed any of you at any point throughout our journey, and to let everyone know that I am devastated to have failed in my duty to my hero.”

Disney bought the Muppets in 2004, 14 years after Jim Henson first broached the idea with the company. The family-friendly characters are a good fit with Disney’s homegrown ones, but the company hasn’t had much blockbuster success with the division. The Muppets have appeared in two films and one failed television show since becoming a Disney property.