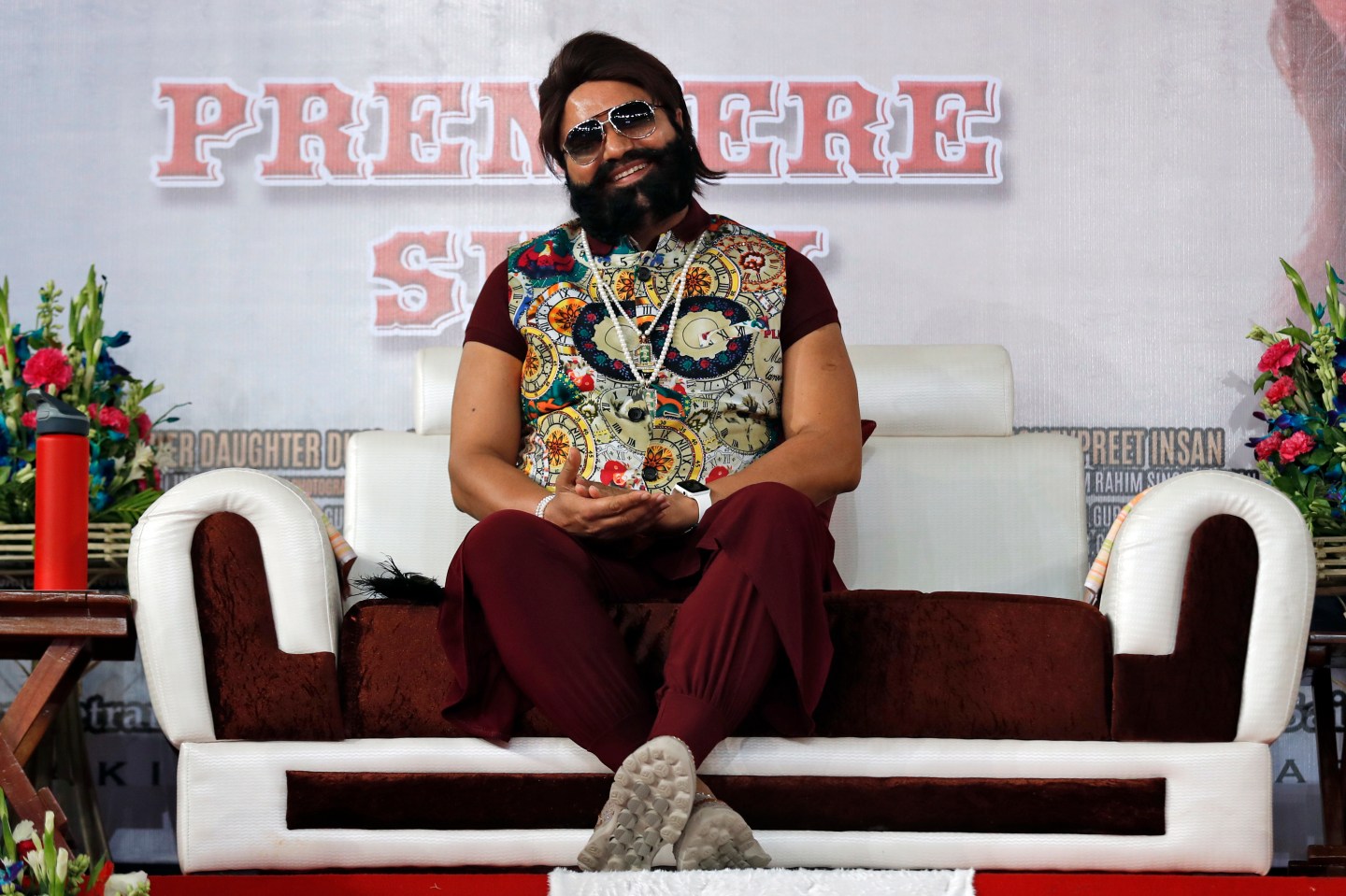 FILE - In this May 17, 2017 file photo, an Indian spiritual guru, who calls himself Saint Dr. Gurmeet Ram Rahim Singh Ji Insan, attends the premiere of the movie 'Jattu Engineer' in New Delhi, India. A north Indian court on Friday, Aug. 25, convicted the flamboyant leader of a quasi-religious sect of raping two of his followers, prompting thousands of supporters camped out near the courthouse to shout angry protests. (AP Photo/Tsering Topgyal, File)
Tsering Topgyal AP

Singh’s conviction last week led to deadly riots by his followers in the Dera Sacha Sauda sect, with at least 38 people being killed and hundreds injured.

Further violence was anticipated following the sentencing of the so-called “guru of bling” in Panchkula, Haryana province. According to the BBC, some of his followers set a vehicle alight just before the hearing.

There is now a curfew in both Haryana and the neighboring Punjab province. Mobile internet services were suspended in both provinces ahead of the sentencing.

According to local reports, Singh broke down and asked forgiveness at Monday’s hearing, despite having long protested his innocence.

Singh intends to appeal his sentence. His accusers, meanwhile, will ask for his sentence to be extended to a life term. It is 15 years since they first alleged that he raped them.

Singh is also on trial for involvement in the murders of Ranjit Singh, a former member of his Dera group, and Ram Chander Chatterpati, a journalist who investigated the group. He is also being investigated for allegedly castrating hundreds of his followers.

Although his defense characterized Singh as a “social worker,” he has styled himself as a “godman,” holding rock-concert-style stadium shows, and appearing in movies as a biker “messenger of god.”