‘The Great Gatsby’ Mansion Can Be Yours for $17 Million 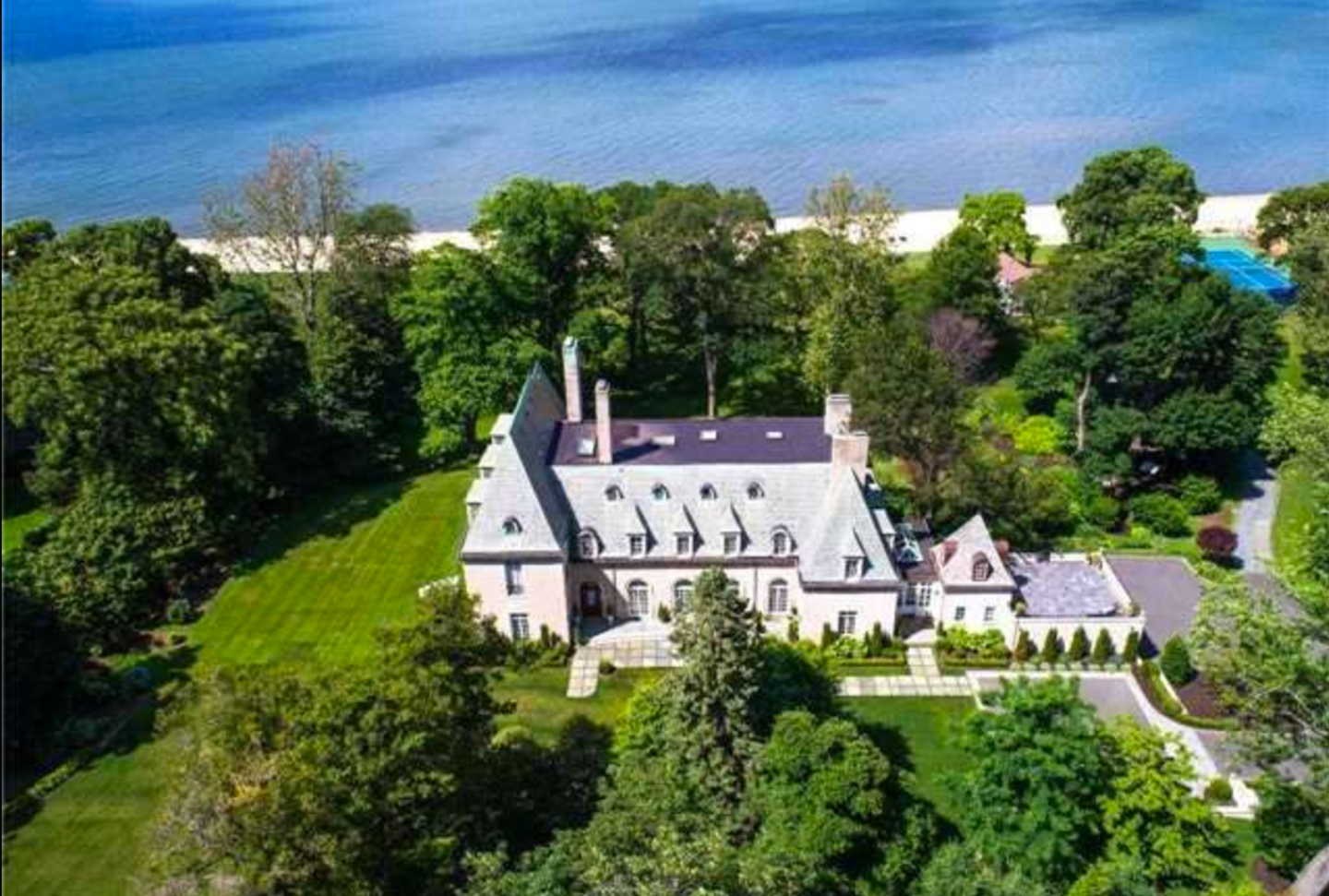 No matter how much money you have, you can’t buy your way into the Great American Novel. For that, you need talent and persistence—and maybe some savings to keep afloat before you hit the bestseller lists.

But if you have $16.88 million lying around, you can buy the inspiration for one of the greatest of Great American Novels—because the Long Island house that helped shape The Great Gatsby is up for sale.

The 13-bedroom waterfront home, at 235 Middle Neck Road in Sands Point, was once owned by Mary Harriman Rumsey, a railroad heiress whose brother, W. Averell Harriman, was governor of New York. It was there that author F. Scott Fitzgerald spent some time with his friend Rumsey, learning about “the lifestyle of the moneyed aristocracy of Old Westport, Long Island, and their involvement in the movement of eugenics,” according to a 2015 article in the F. Scott Fitzgerald Review. Neighbors included Vanderbilts and Guggenheims.

In Gatsby, the Rumsey estate appears in slightly modified form, as Gatsby’s own house: “a colossal affair by any standard—it was a factual imitation of some Hôtel de Ville in Normandy, with a tower on one side, spanking new under a thin beard of raw ivy, and a marble swimming pool and more than forty acres of lawn and garden.”

Today, no ivy is evident, nor is there a swimming pool, and the plot is 5.3 acres. Still, it’s quite stately. While it may have seemed extravagant in 1928, when McKim, Mead & White completed it, in 2017 it looks positively restrained compared with some other Long Island properties. Harrison Design, brought in to restore and renovate the property after it was purchased by investor James Mai and his wife Chiara in 2012 for $6.675 million, appears to have created an interior that is at once fancy and warm, high-end and homey. (No telling, however, whether there is, as at Gatsby’s, “a machine in the kitchen which could extract the juice of two hundred oranges in half an hour, if a little button was pressed two hundred times by a butler’s thumb.”)

“Obviously, it’s so imposing—you drive down and see the sweeping views,” said Nava Mitnick, a broker with Daniel Gale Sotheby’s International who’s representing the property. “But when we entered the house, I described it as a ‘glorified cottage,’ because it’s so homey.” The Mai family, which is selling the house, put millions into a gut renovation.

Fitzgerald’s depiction shifted the property from Sands Point (what the author called old-money “East Egg”—where “white palaces … glittered”) across Manhasset Bay, to nouveau riche “West Egg.” No longer was it the elegant expression of the Establishment, as it was in real life; now it was a symbol of grasping new wealth and gaudy parties, a place where you weren’t sure if the books in the “high Gothic library, panelled with carved English oak,” were real or fake.

Contrast that with the East Egg home of Tom and Daisy Buchanan: “Their house was even more elaborate than I expected, a cheerful red and white Georgian Colonial mansion overlooking the bay. The lawn started at the beach and ran toward the front door for a quarter of a mile, jumping over sun-dials and brick walks and burning gardens—finally when it reached the house drifting up the side in bright vines as though from the momentum of its run. The front was broken by a line of French windows, glowing now with reflected gold, and wide open to the warm windy afternoon.”

Even more intriguing are the current owners, James and Chiara Mai. As president of Cornwall Capital, James (Jamie) Mai was part of the crew of investors that predicted the 2008 financial collapse, made zillions, and became stars characters in The Big Short, the Michael Lewis book and hit movie. (The character played by Finn Wittrock, Jamie Shipley, is a loose approximation of Mai.)

In other words, the young upstart who made millions by predicting the collapse of the old guard owns a property made iconic in the tale of a battle between a young upstart and the old guard, on the eve of an earlier financial collapse.

Wittrock told The New York Times in 2015 that Mai “said that he still has this sense of frustration that no one paid attention” to the coming financial crisis, even as he and his partner warned of it. “They were screaming about this as loud as they could, but everyone turned a deaf ear. A lot of our guys didn’t want to use their real names for this movie—we had to change their last names. I think they felt they were burned in the process of trying to get their voices heard.”

Sounds like bond trader Nick Carraway to me, a helpless witness and survivor—the kind of guy who’d conclude his story with “So we beat on, boats against the current, borne back ceaselessly into the past.”