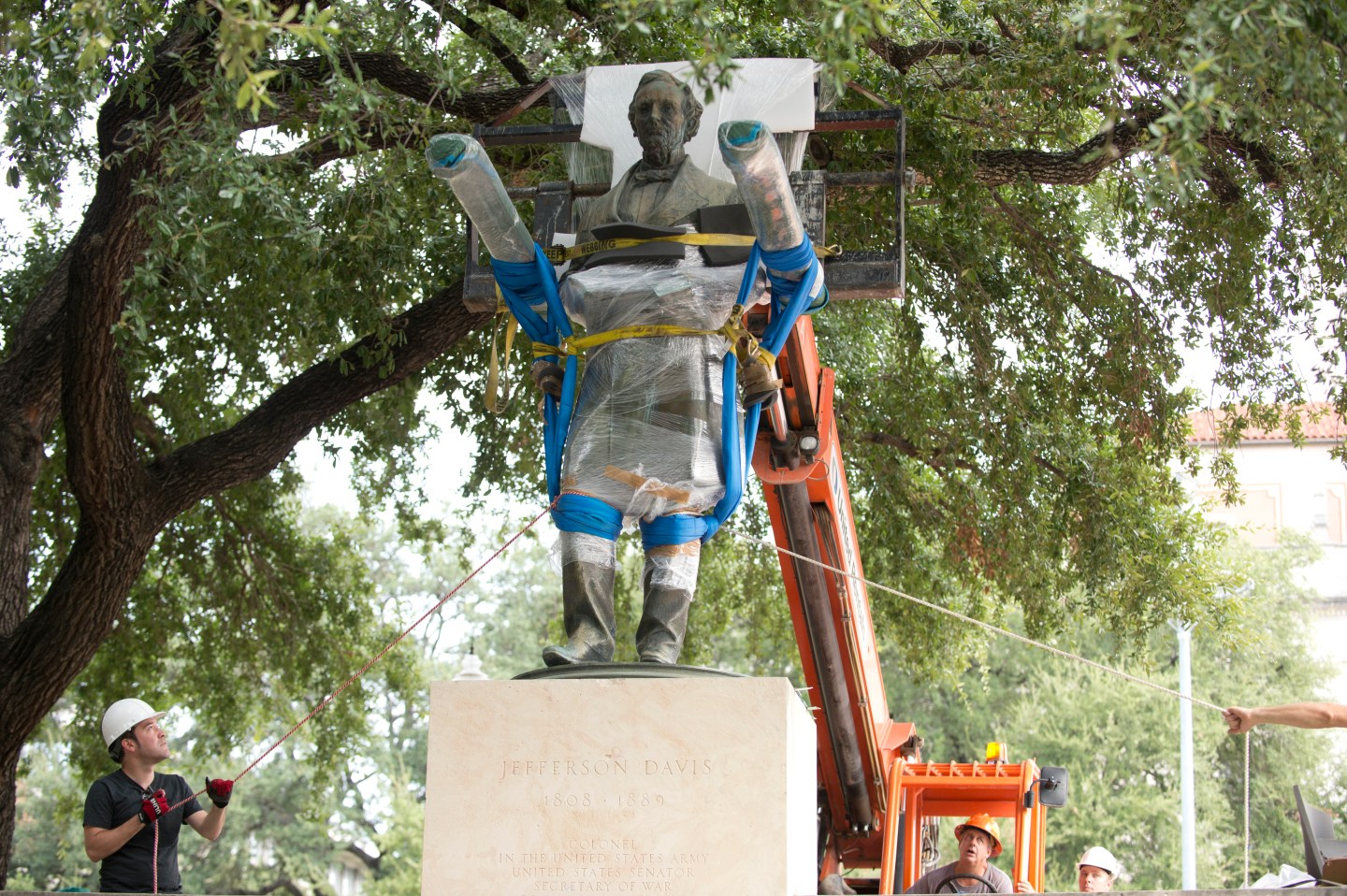 A 1933 statue of Confederate leader Jefferson Davis is removed from the University of Texas at Austin in August 2015.
Robert Daemmrich Photography Inc Corbis/Getty Images

The Sons of Confederate Veterans has filed a lawsuit against the University of Texas at Austin for removing Confederate statues from its campus Sunday.

The university’s decision to relocate statues of General Robert E. Lee and other Confederate leaders followed deadly clashes in Charlottesville, Va., after white supremacist groups marched through the University of Virginia’s campus and then protested the removal of a statue of Lee from a park in downtown Charlottesville.

“The University of Texas at Austin has a duty to preserve and study history,” university president Greg Fenves said in a letter to the school community, announcing the decision. “But our duty also compels us to acknowledge that those parts of our history that run counter to the university’s core values, the values of our state and the enduring values of our nation do not belong on pedestals in the heart of the Forty Acres.”

The lawsuit, filed Wednesday, accused the university of breaking its agreement with Confederate veteran George Littlefield, who paid for the statues in 1920, according to the Associated Press.

A university spokesperson told the AP that the school’s lawyers had looked intoU the decision.

The Sons of Confederate Veterans unsuccessfully sued the university in 2015 over the removal of statues of Confederate President Jefferson Davis and former U.S. President Woodrow Wilson, the Statesman reported.