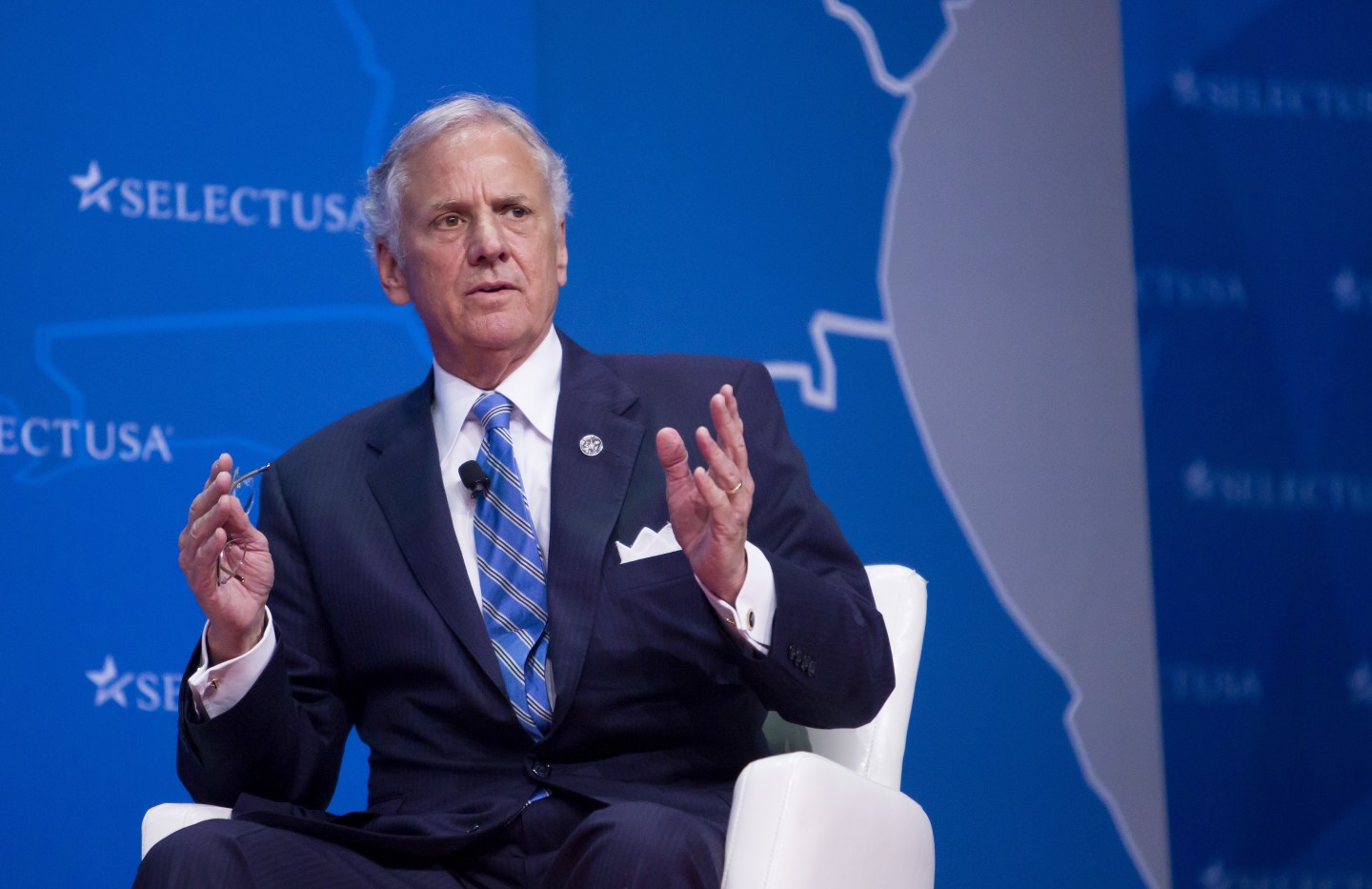 Henry McMaster, governor of South Carolina, speaks during the SelectUSA Investment Summit in Oxon Hill, Maryland, U.S., on Monday, June 19, 2017. The SelectUSA Investment Summit brings together companies from all over the world, economic development organizations from every corner of the nation and other parties working to facilitate foreign direct investment (FDI) in the United States. Photographer: Eric Thayer/Bloomberg via Getty Images
Eric Thayer — Bloomberg via Getty Images

South Carolina Governor Henry McMaster on Friday issued an unexpected executive order that will cut off all public funding to abortion clinics throughout the state.

Doubling down, he also ordered South Carolina’s Medicaid agency to work with the federal government to exclude abortion clinics from the state’s Medicaid provider network.

South Carolina has just three clinics that offer elective abortions, but a legal challenge to the order is all but certain. Texas attempted a similar action earlier this year, but a federal judged temporarily blocked that attempt. (That case is still ongoing.)

“This is not over, and we’ll leave no stone unturned to protect our patients’ access to health care,” said Dr. Raegan McDonald-Mosley, chief medical officer of Planned Parenthood Federation of America in a statement. “Nearly 4,000 men, women, and young people in South Carolina turn to Planned Parenthood for birth control, cancer screenings, and other preventive care each year. For many of our patients, we’re the only health care provider they see. Every person deserves the chance to lead a healthy life, no matter who you are or where you live.”

The sole Planned Parenthood clinic in Columbia received less than $75,000 from Medicaid during the 2016 fiscal year, according to SC’s Medicaid program. The majority of that was reportedly used to provide family planning services, such as prescribing birth control.

McMaster has been circling abortion clinics since June, but Friday’s executive order came without any preamble. Earlier this summer, a Planned Parenthood spokesperson said the governor was wasting ” taxpayers’ time and money on scoring political points.”

McMaster, who seceded Nikki Haley when she was named the U.S. ambassador to the United Nations, faces a 2018 election. But pro-choice advocates won’t find a friend in his expected opponent, Lt. Gov. Kevin Bryant, either; he called for defunding Planned Parenthood two months ago.