Now There’s Another Reason for Investors to Worry About Chipotle 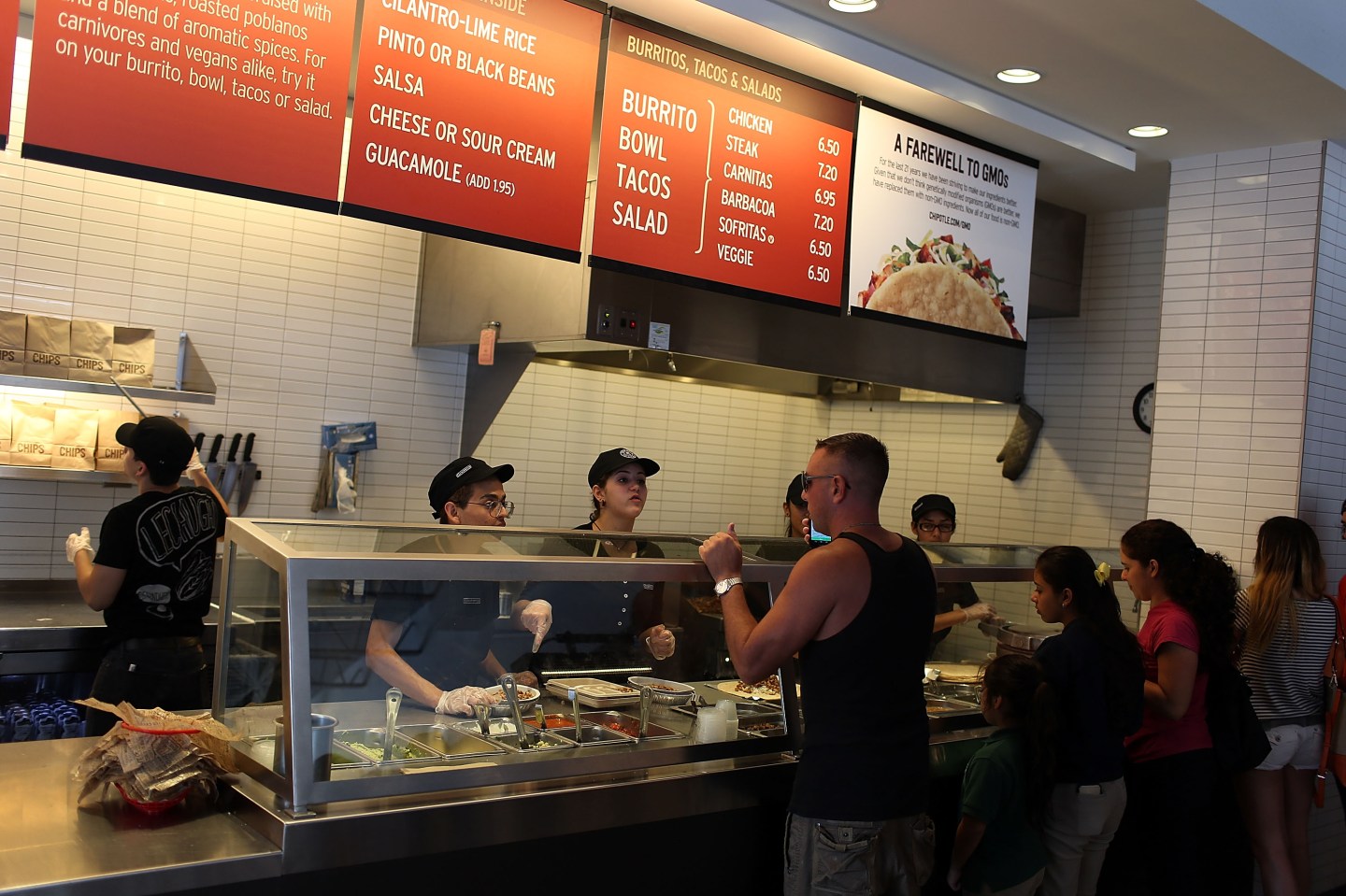 Avocados. Not only is the fruit apparently the stumbling block to millennial home ownership — it’s also now standing in the way of a smooth recovery for quick-serve chain Chipotle.

At least that’s according to investment banking firm Credit Suisse. Avocados represent a significant portion of Chipotle’s expenses. Yet the cost of the fruit has risen roughly 75% since mid-July, and is expected to continue rising throughout the year, according to the bank.

“We would not be buyers on recent weakness,” analysts led by Jason West wrote in a note Friday, also citing Chipotle’s recent health scare, in which customers at a Virginia location fell sick in a Norovirus outbreak. Chipotle had already been struggling to repair its reputation after E. coli, Salmonella, and Norovirus outbreaks in 2015 drove consumers away.

Credit Suisse said that due to the higher Avocado prices, it expects Chipotle’s earnings to be about 8.2% lower than previously expected in 2017, at $6.38. The chain’s woes are expected to also cut into its 2017 earnings, with Credit Suisse lowering its expectations by 1.4%, to $9.57 per share. The bank also lowered its price target for Chipotle, saying it expects the price to hit $320 rather than $335 over the next 12 months. The team of analysts also reiterated their “hold” rating on the stock.

Despite Credit Suisse’s lower price target, though, Chipotle’s stock rose 2.4% Friday. Though the analysts warned against buying the stock, they still gave the stock a price target above its current trading price of $309 a share.

Chipotle shares had reached an all-time low earlier this week, trading at about $297.