4 Skills You Need to Survive in the Smart Machine Age 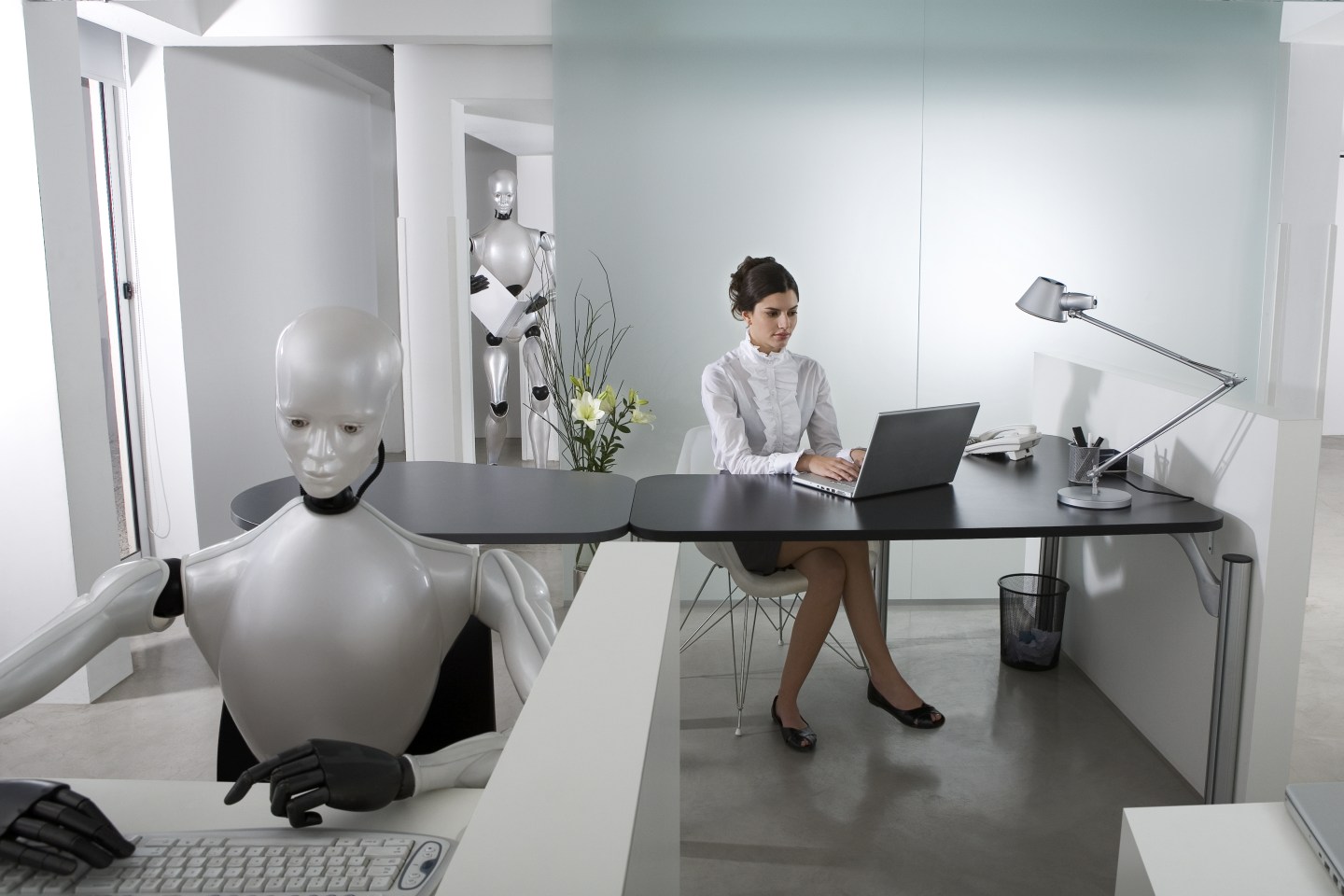 Politicians may be trying to bring back U.S. jobs from overseas, but even if that were possible, Ed Hess, a professor at the University of Virginia’s Darden Graduate School of Business, says that millions of those jobs would probably go to robots now, anyway.

“We’re chasing the wrong cause of the problem,” says Hess, co-author (with Katherine Ludwig) of Humility Is the New Smart: Rethinking Human Excellence in the Smart Machine Age. “It’s not immigrants or overseas workers who are stealing our jobs. It’s technology. The past is gone forever, and the future —the Smart Machine Age—is happening faster and faster.”

So what can you do to prevent yourself from being replaced by a robot? Hess believes people can dodge obsolescence by honing four essential skills that even the cleverest machines can’t match. Together, these fall under the rubric of humility. It’s an unusual word to see in the title of a business book, but that’s the point.

“Our society has never been more lacking in it,” Hess says, adding that, by his definition, humility doesn’t mean “its usual connotation of being meek, subdued, or thinking you’re not a worthy person. Instead, we’re talking about the ability to tame one’s ego and connect with others creatively.”

Monster recently spoke with Hess about what you can do to avoid being replaced by an algorithm.

Q. In a nutshell, what are the four skills everyone needs to stay competitive in the Smart Machine Age?

A. They are, first, learning how to quiet your ego. This is the gateway to an open mind, partly because it allows you to process new information without reacting fearfully or defensively. Related to that is managing the self, meaning taming one’s emotions and applying critical thinking instead.

Third is reflective listening. Most of us aren’t really taking in what someone else is saying—we’re thinking about what we’re going to say next. But listening reflectively is crucial to both teamwork and innovation. And fourth is what we call “otherness,” the ability to empathize and connect with other people.

Taken together, these traits are what it means to be “smart” now. It’s a new definition that reflects the increasing cognitive capabilities of smart machines, so it’s measured not by quantity—how much you know—but by the quality of your thinking, learning, and relating to others.

Q. Your book includes a detailed self-assessment quiz, along with practical advice on improving each skill. What if I want to get better at, for example, reflective listening?

A. One way is to ask for pointers from an expert, if you know one. Ask someone at work who’s really good at it to tell you about how they do it.

It also helps to break down your goal into specific behaviors, and then hold yourself accountable. Before you go into a meeting where you want to practice listening more reflectively, write down what you’re going to do differently. For instance, decide that, when someone speaks, you’re going to keep an open mind and focus on the person speaking, instead of on your own thoughts. Ask at least two questions to make sure you understand what they just said before expressing your own point of view.

After the meeting, grade yourself on it. How did you do? If you failed, ask yourself why. What got in your way? It takes some honest introspection. You won’t succeed at changing your behavior until you figure out why you’re doing what you’re doing now.

100 too job interview questions—be prepared for the interview

Listen to the latest Jobsessed podcast by Monster

Q. In a job interview, is there any way to tell whether a prospective employer has adapted, or can adapt, to the Smart Machine Age?

A. Absolutely. The critical thing is assessing the company’s culture. There’s been lots of research on which enterprises are best suited to thriving in this new era, and they all tend to share specific cultural traits.

In an interview, some of the questions you could ask are, for example, can you give feedback to your boss? Would he or she be likely to ask you for any? Can you speak freely to the people at or near the top of the company? If someone has an innovative idea, is he or she allowed to experiment with it, without submitting it to a big bureaucracy? Are people who work together also friends outside of work? “Yes” answers are all indicators of great learning organizations.

And of course you should ask, not just the person interviewing you, but some of the people, who would be your future peers.

This article contains affiliate links. Click here to learn what those are.