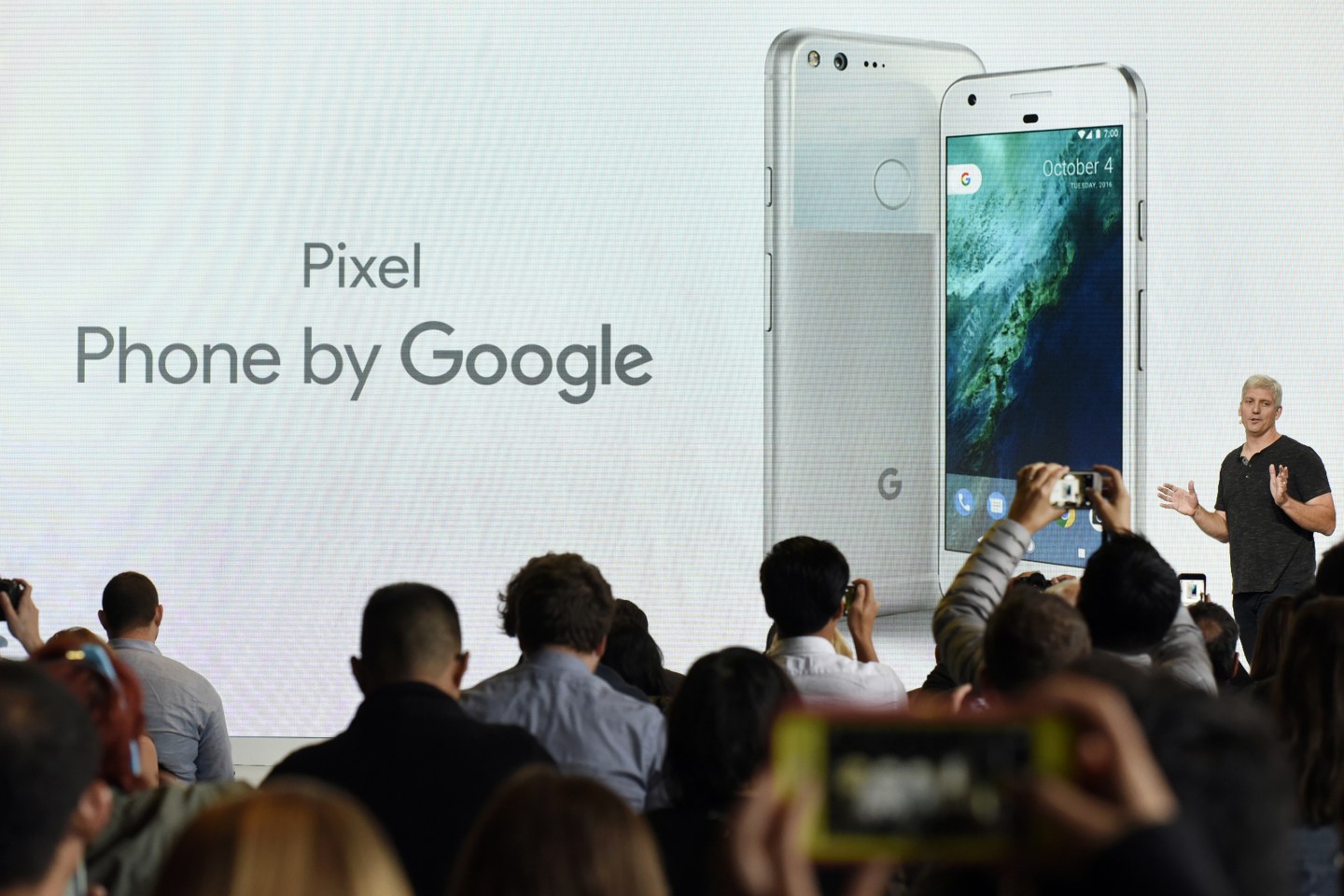 Rick Osterloh, senior vice president of hardware for Google Inc., discusses the Google Pixel smartphone during a Google product launch event in San Francisco, California, U.S., on Tuesday, Oct. 4, 2016. Google is embarking on a wholesale revamp of its mobile phone strategy, debuting a pair of slick and powerful handsets that for the first time will go head-to-head with Apple Inc.'s iconic iPhone. Photographer: Michael Short/Bloomberg via Getty Images
Michael Short/Bloomberg via Getty Images

Google will reportedly release its second Pixel Android smartphones on Oct. 5, featuring a faster processor than those found on many currently available devices.

If accurate, the announcement of the new Pixel 2 and Pixel 2 XL smartphones will happen almost exactly a year after Google launched the first versions. The phones will be powered by the Snapdragon 836 SoC, according to established tech leaker Evan Blass. An FCC filing for the new phones indicated they would use the Snapdragon 835 or updated 836.

The report adds to other leaks about the Pixel 2, including the reported dual front-facing cameras and squeezable sides.

Read More: Everything We Think We Know About Google’s Next Pixel Smartphone