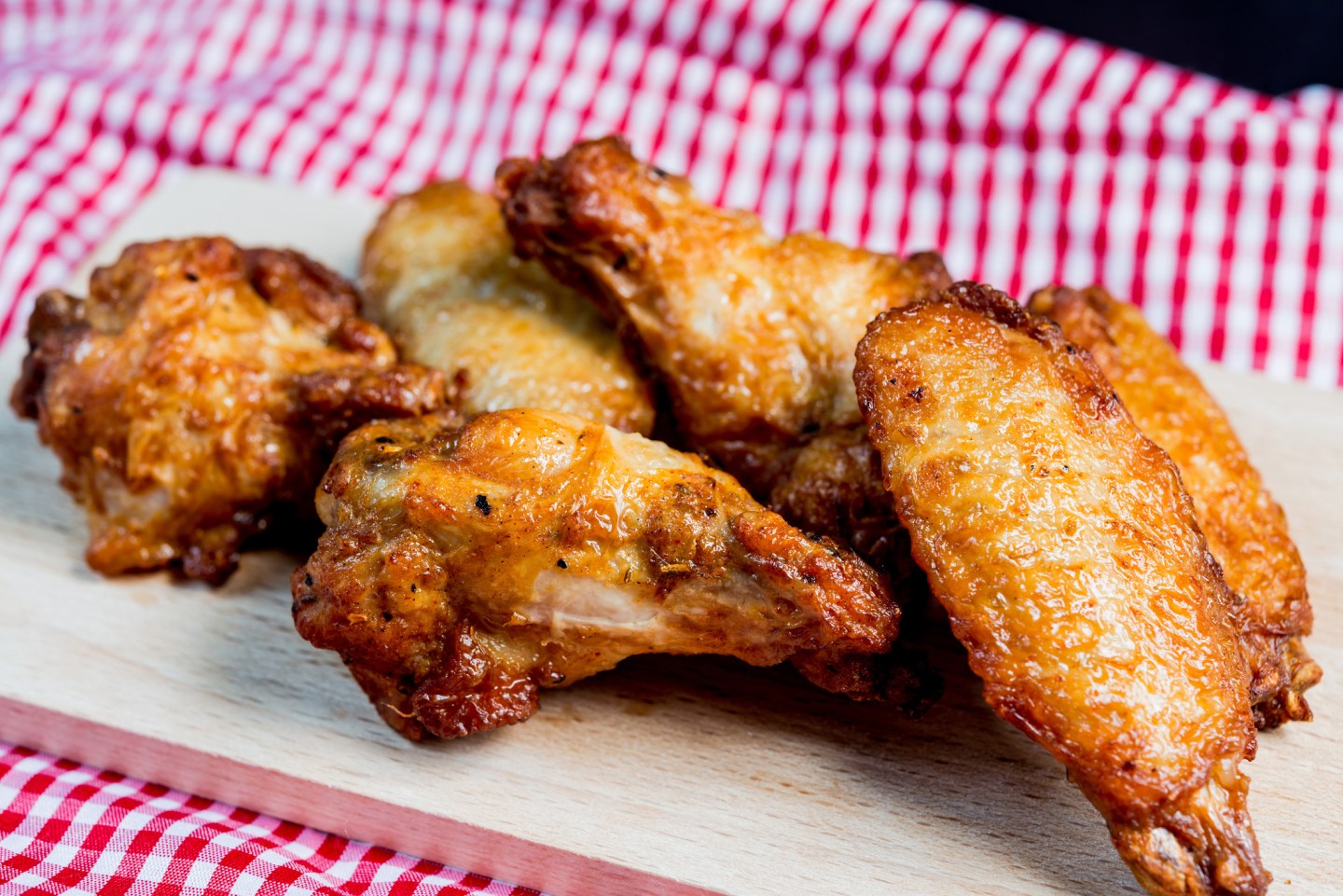 Chicken wings aren’t just for football fans anymore. Americans are eating so many that their appetite is sending prices to a record and helping lift profits for poultry processors including Sanderson Farms Inc.

“Food service traffic and demand in the U.S. remain below pre-recession levels, but demand from and the popularity of local chain concepts and restaurants that focus on wings are offsetting reduced traffic at casual dining restaurants,” Joe Sanderson Jr., chief executive officer of Sanderson Farms, said in its fiscal third-quarter earnings statement Thursday.

Jumbo chicken wing prices rose to a record this month as supplies are eaten up as quickly as they are produced, according to market research firm Urner Barry. Along with the rising number of sites for themed chains such as Buffalo Wild Wings Inc. and Wingstop Inc., an increasing number of pizza restaurants, grocers and convenience stores are selling the items, according to the market researchers.

The number of Buffalo Wild Wings locations, which includes franchises and the company’s R Taco and Pizza Rev restaurants, have almost tripled in the last decade while Wingstop has almost doubled. Customers can order wings with their pizza from Domino’s and pick up wings for dinner while shopping for groceries.

A 40 percent increase in jumbo wing prices during the quarter helped Laurel, Mississippi-based Sanderson, the third-largest U.S. chicken processor, top analysts’ average profit and sales estimates during the fiscal third quarter. Jumbo wings are “at all-time highs,” rising to a closing price of $2.09 a pound on Thursday from $1.50 a year earlier, Russ Whitman, vice president at Urner Barry, said in an email.

Sanderson earnings were $5.09 a share for the three months through July on net sales of $931.9 million, the company said in the statement. That topped the average of $4.18 a share on $908.4 million in revenue, according analysts’ estimates compiled by Bloomberg.

The company is “short” of wings at certain plants, CEO Sanderson said during a call with analysts Thursday. Some customers may use more tenders and white meat to shift demand toward the so-called boneless variety as football season progresses, he said.

“There are no wings in the freezers,” Sanderson said.