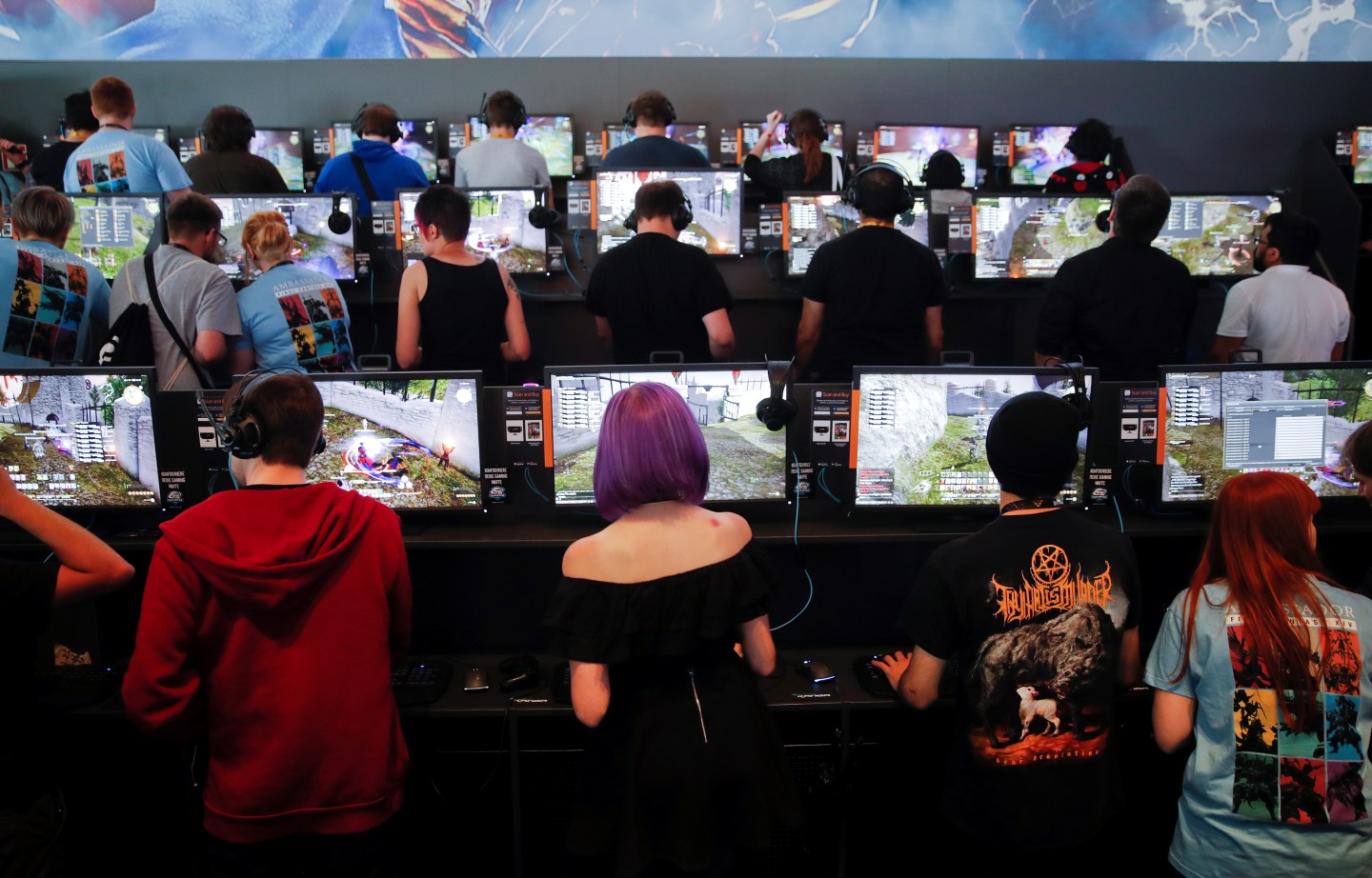 Welcome to The Heart of Gaming, Europe’s biggest video game trade fair. Gamescom, as it is usually known, runs from Aug. 23-27 in Cologne, Germany., and is a magnet for gamers and video game developers to test and show off upcoming games, innovations, and hardware.

One of the biggest gaming companies, Nintendo, announced a new feature for its retro SNES Classic—it rewinds! Basically players will be able to go back in time in certain role-playing games. There are also a number of new game trailers from big companies like EA Microsoft and Activision Blizzard including for the upcoming games Overwatch: Junkertown, Star Wars Battlefront II, and The Sims 4: Cats & Dogs.

German Chancellor Angela Merkel even gave a speech to open the event on Tuesday in front of the press before the official event started. “Computer and video games are of the utmost importance as cultural assets, as a driving force for innovation and as an economic factor,” she said, “which is why I was also very pleased to come to Cologne to provide this developing industry with my recommendation.” Afterwards she was photographed surrounded by cosplayers, with a Minecraft version of herself, and was photographed playing Farming Simulator.

Click through the gallery above for more photos from Gamescom.