HSBC Currency Scheme May Have Involved 11 Other Bank Employees 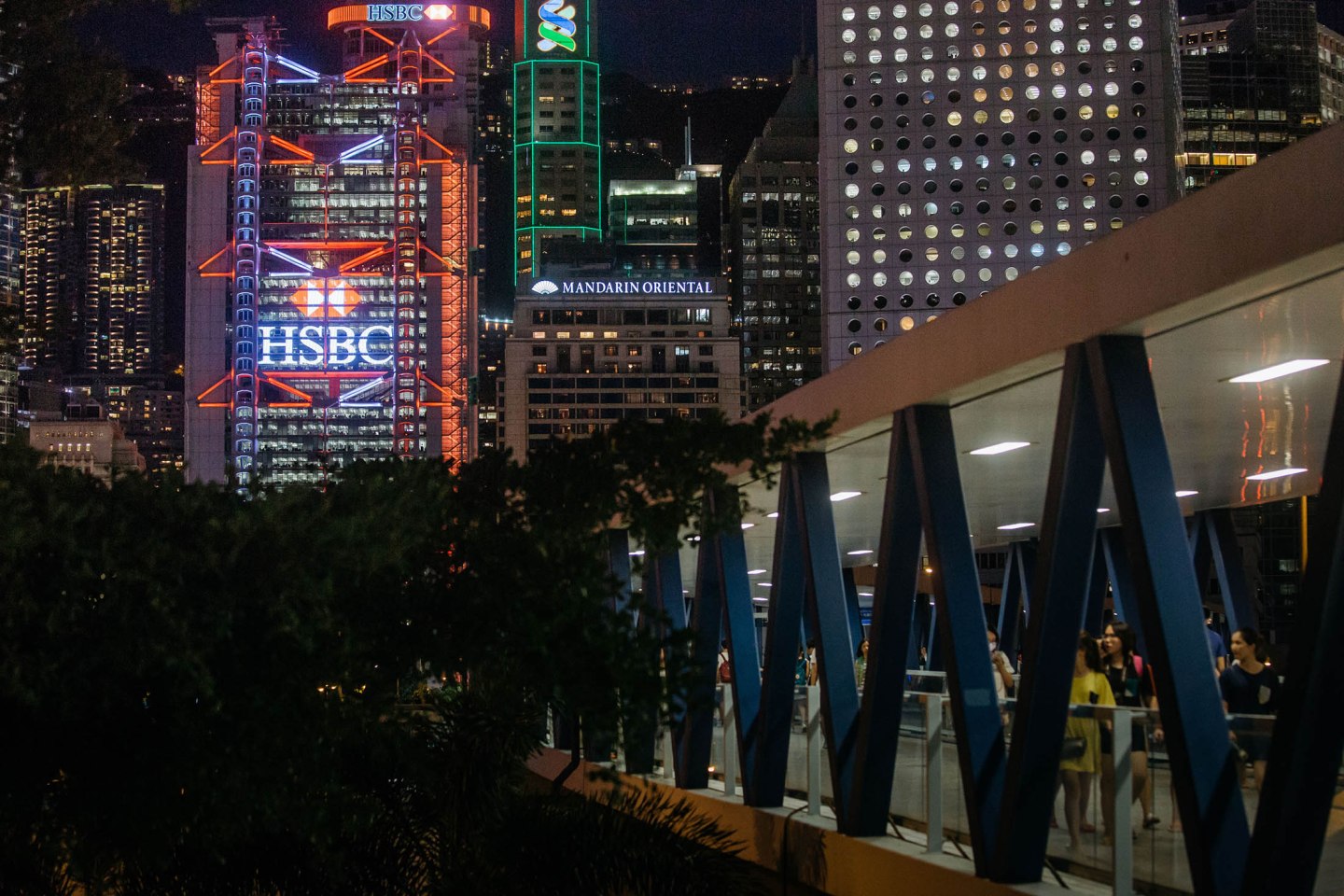 Pedestrians walk across a footbridge as the HSBC Holdings Plc headquarters stand illuminated at night in the Central district of Hong Kong, China, on Monday, June 27, 2016. The relief rally endured, with Asian stocks, commodities and high-yielding currencies rising amid speculation policy makers will blunt the impact of the U.K.s decision to leave the European Union with stimulus measures. Photographer: Anthony Kwan/Bloomberg
Anthony Kwan Bloomberg

A foreign exchange front-running conspiracy at HSBC Holdings Plc may have involved at least 11 bank employees beyond the two executives who have been charged with crimes, a prosecutor said.

Mark Johnson, HSBC’s global head of foreign exchange cash trading in London, is scheduled to go on trial Sept. 18 in New York, accused of illegally using his knowledge to profit from a pending $3.5 billion currency transaction in 2011.

In a case that is the first of its kind to be brought by the the U.S., prosecutors say Johnson, and Stuart Scott, the bank’s former head of currency trading in Europe, conspired to take advantage of confidential information about an unidentified company’s plans to sell part of its stake in an Indian subsidiary and convert the proceeds from dollars to pounds.

Prosecutors have said both men and unidentified “others” bought pounds in the days before the transaction. On Monday, they specified how many may have participated.

“We’ve identified at least 11 traders who put on positions based on inside information,” Brian Young, a Justice Department lawyer told U.S. District Judge Nicholas Garaufis. “Our allegation is Mr. Johnson tipped off other traders at the bank who also traded. ”

Prosecutors may call an expert witness who could show jurors that HSBC employees who haven’t been charged in the case also engaged in “aberrant trading activity,” Young said. The trades supports the government’s claim they were tipped by Johnson, he said.

While prosecutors haven’t publicly named the other traders, the government provided Johnson’s legal team in July the identities of alleged co-conspirators. There is no indication they will be charged.

Johnson and Scott are accused of taking positions anticipating that the conversion trade for the company would cause the price of pounds to increase — a practice known as “ramping,” according to the indictment. Johnson is accused to reaping $8 million in profit for the bank.

The government may introduce the evidence of additional traders at Johnson’s trial. His comments came after Johnson’s lawyer, Frank Wohl, asked for a delay, arguing the government just turned over about 3,400 pages of evidence and data concerning at least 10,000 transactions that would take time to evaluate.

Johnson, who was as arrested in July 2016 at New York’s Kennedy airport as he was about to board a plane for the U.K, pleaded not guilty. Scott, a U.K. resident, was arrested in June at his home in suburban London and is fighting extradition.

While the U.S. didn’t identify the client company in the indictment against Johnson and Scott, it was Cairn Energy Plc, which was selling the unit to Vedanta Resources Plc, according to court papers filed by Wohl.