It Looks Like PayPal Has Cut Off White Supremacist Richard Spencer 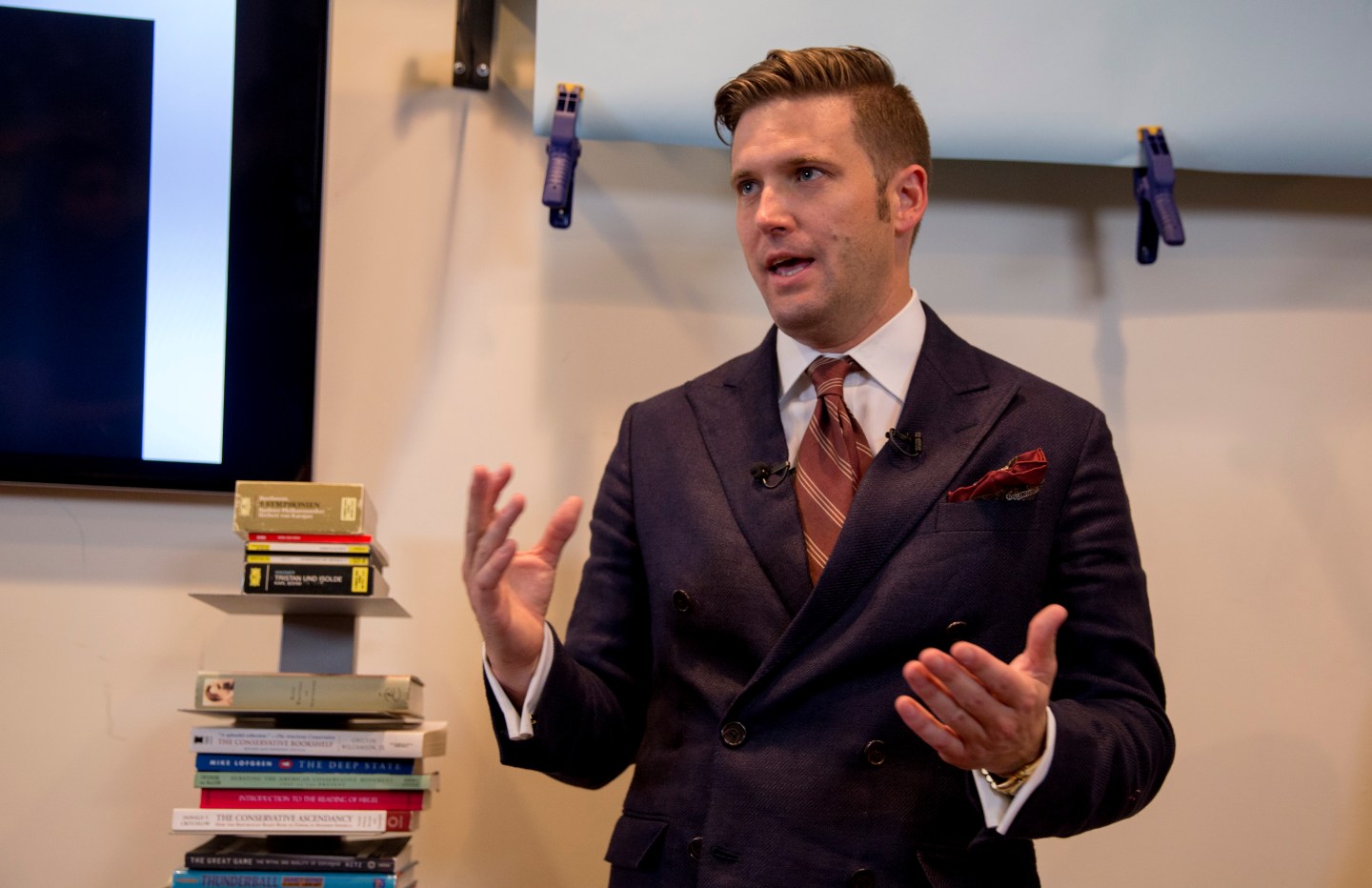 Following backlash over the use of PayPal by white nationalist groups that participated in the deadly march in Charlottesville, Va., the company appears to have cut ties with white supremacist Richard Spencer’s National Policy Institute.

The donation page for the National Policy Institute includes a PayPal link that, as of Wednesday morning, returned a message saying, “This recipient is currently unable to receive money.”

While a spokesperson for PayPal declined to comment on the record, that message means PayPal has banned or limited the account. Spencer, president of the National Policy Institute, was among those who rallied in Charlottesville to protest the removal of a statue of Confederate General Robert E. Lee. Clashes erupted, and one woman was killed when a driver crashed into a crowd of counter-protesters.

PayPal faced criticism because white supremacist groups that participated in the Charlottesville rally had used the online payment platform to raise money.

“Regardless of the individual or organization in question, we work to ensure that our services are not used to accept payments or donations for activities that promote hate, violence or racial intolerance,” PayPal said in a statement on Tuesday. “This includes organizations that advocate racist views, such as the KKK, white supremacist groups or Nazi groups.”

PayPal also said it was screening websites and organizations for possible violations of its acceptable use policy.

“We recognize and work to navigate the fine lines that exist in these situations, and our teams do their best to distinguish between opinion-based, offensive websites and those that go beyond opinion and discourse and violate our policies,” the statement said. “However, PayPal will — as we consistently have in the past — limit or end customer relationships and prohibit the use of our services by those that meet the thresholds of violating our policy.”