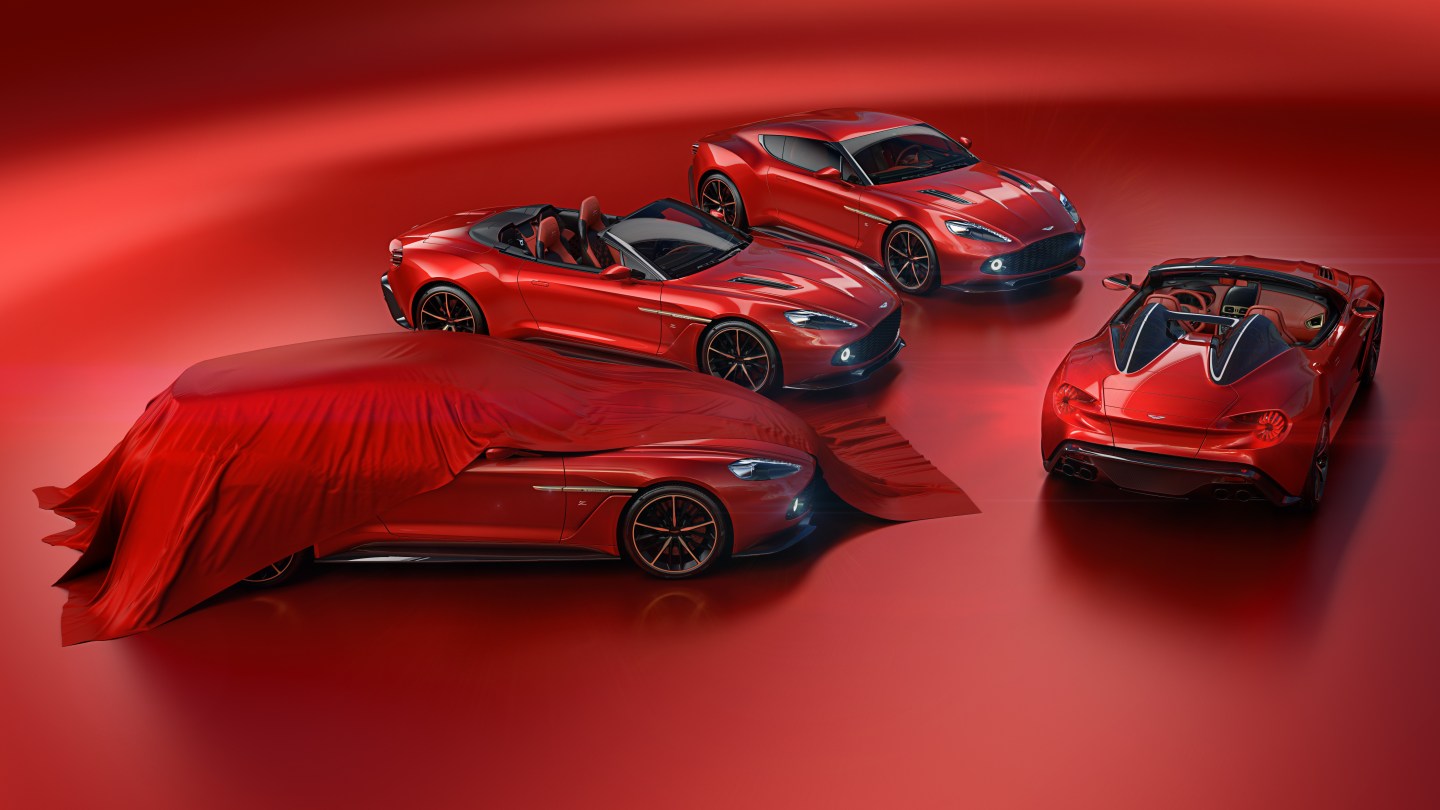 Italian design house Zagato and Aston Martin have collaborated on cars together for decades, starting in the 1960s with the launch of the DB4 GT. Since then, each new the pair’s limited-edition collaborations have been few and far between.

Now, for the first time in the pair’s shared history, they are unveiling four new vehicles at once: a Volante, coupe, shooting brake (a station wagon by any other name), and a speedster, all based on the Vanquish S.

Unsurprisingly, each of the new vehicles will be incredibly rare. Only 28 of the Speedsters are being made, all of which have already been purchased. Meanwhile, the number of Volantes, Coupes and Shooting Brakes will be capped at 99, respectively. All four models are expected to be delivered in 2018.

According to Aston Martin’s chief creative officer Marek Reichman, a few lucky individuals will own multiple members of the family.

The stunning Vanquish Zagato Speedster is the rarest of the remaining models, with a production run of just 28 cars. #vanquishzagato #speedster #astonmartin #zagato

“Why create a family of Zagatos? Well, many of our customers want different things,” he said in a statement. “Some prefer the purity of a Coupe, but others love the idea of something more extreme, like the Speedster. And yes, some of them have ordered one example of each.”