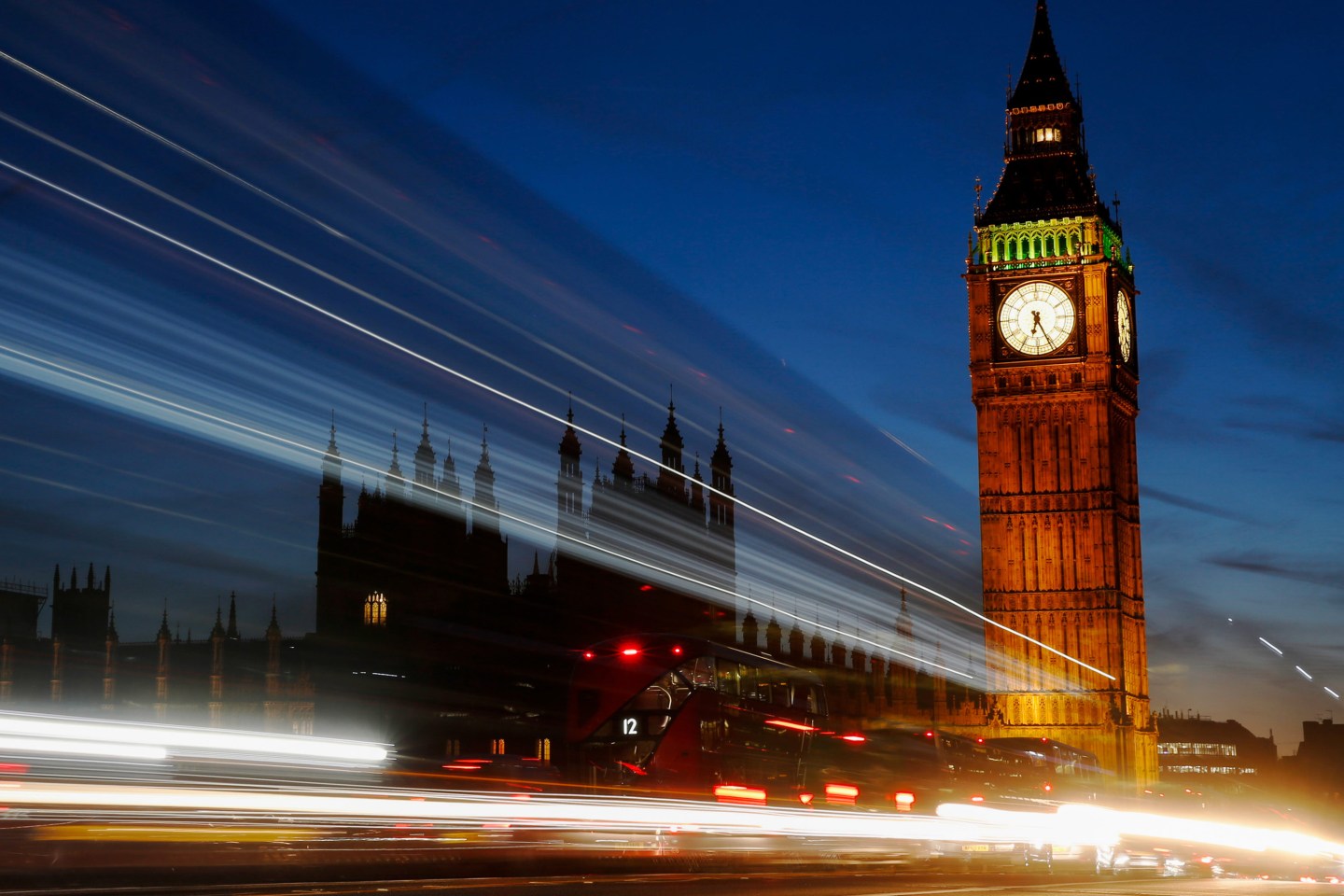 A bus casts light trails as it passes the Houses of Parliament and Elizabeth Tower, also known as 'Big Ben', in London, U.K.
Luke MacGregor/Bloomberg

Big Ben will fall silent for four years starting Monday Aug. 21 to allow for renovation works to take place on Parliament’s bell, clock and tower, the symbol of London.

The 13.7-ton bell in the Elizabeth Tower must stop ringing to ensure the safety of workers on the restoration project, the House of Commons said on Monday in an emailed statement. It chimes every 15 minutes and has rung out largely uninterrupted for 157 years. The last stoppage for maintenance was in 2007, and refurbishment works previously silenced the bell from 1983 to 1985. It was also muted for former Prime Minister Margaret Thatcher’s funeral in 2013.

Work to safeguard the most famous part of the Palace of Westminster will go ahead even as lawmakers debate the best course of action to restore the entire building; a project that may cost 5.7 billion pounds ($7.4 billion) and take as long as four decades.

Much of the complex dates from the mid 19th century and is riddled with asbestos, while pollution is causing the stonework to decay. The plumbing, electrical, drainage and ventilation systems are antiquated and have never undergone a major refurbishment.

“Big Ben falling silent is a significant milestone in this crucial conservation project,” Keeper of the Great Clock Steve Jaggs said in the statement. “This essential program of works will safeguard the clock on a long-term basis.”

Jaggs urged the public to gather in Parliament Square on Aug. 21 to hear the last “bongs” from the bell for four years.

The works will repair and redecorate the interior of the Elizabeth Tower — often incorrectly called Big Ben rather than the bell — and improve fire-safety measures. The clock itself “will be dismantled piece by piece with each cog examined and restored,” according to the statement. “The four dials will be carefully cleaned, the glass repaired, the cast-iron framework renewed, and the hands will be removed and refurbished.”

One of the four clock faces will be visible at all times during the works, with a modern electric motor driving the hands while the mechanism is restored.