‘The Story of Diana: Part One’: 6 Things We Learned 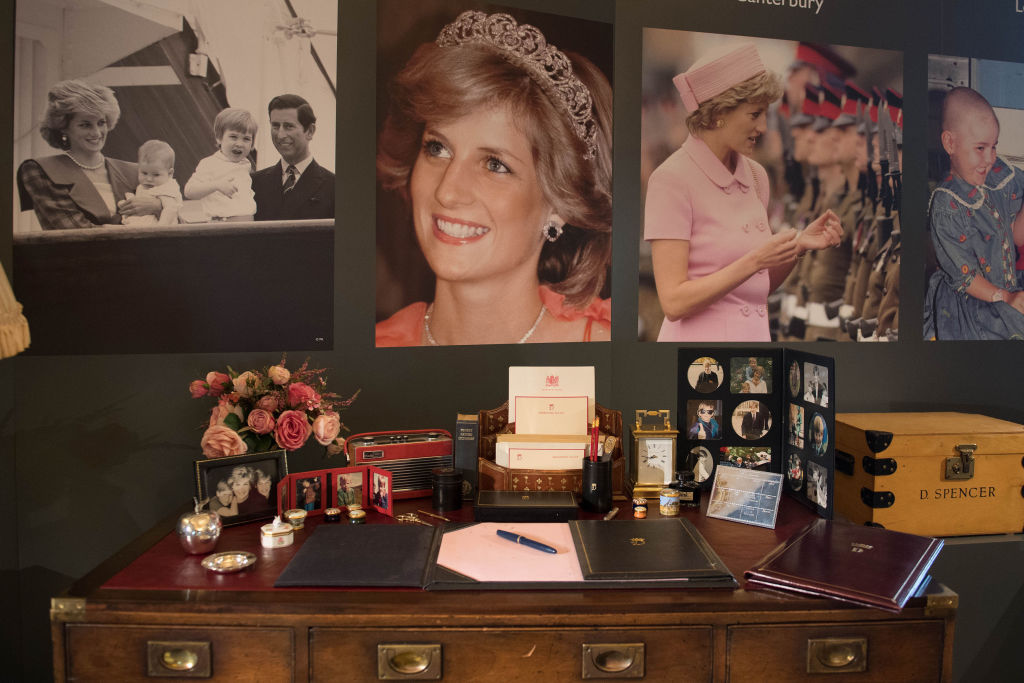 Stefan Rousseau - PA Images PA Images via Getty Images
Twenty years after her death, it’s time for Diana, Princess of Wales, to take her place in history. Adored by the public at home and afar and relentlessly hounded by the press at home and afar, Diana’s “fairy-tale” story was far from the fables we’ve all heard before.

On Wednesday night, ABC and PEOPLE kicked off a two-night event focused on telling the tale of the rise and untimely demise of the late princess. Featuring interviews with historians, experts, and those who were closest to her during her life, the documentary also uses archival footage — including exclusive home footage of Diana as a young girl — to paint a complete picture of the people’s princess and her lasting legacy.

Here are six things we learned from The Story of Diana: Part One.

Diana Spencer was born into an aristocratic family. The Spencers were originally sheep farmers who had some good luck, but Diana was still far from a commoner; she was born on Sandringham Estate, which her family was renting from the royals at the time. As a girl, Diana charmed everyone, even though she was rather naughty and always pushing boundaries — something that changed very little in later life.

When Diana was just 6 years old, her mother ran off with another man. Diana was initially told her mother was away on holiday, and she would sit on the doorstep and wait for her to come back. From then on, she always felt isolated. Her nannies never seemed to give her what she needed, and she generally lacked a support system, growing up with only her younger brother for company.

However, ballet served as an escape for the princess-to-be. Diana adored dancing and was a natural performer. Unfortunately, despite taking exams at boarding school, she was too tall to be a conventional ballet dancer and instead turned her talents to tap. She would practice for hours at time and loved the trappings and great sense of romance in dance. Perhaps this, along with her love for Barbara Cartland’s romance novels, helped plant the idea in her mind that she was destined for big things and was going to nab a prince to get her fairy tale.

Prince Charles was a bit of a player

Before he met Diana (and possibly after), Prince Charles dated quite a bit. Lord Louis Mountbatten, known as “Dickie,” was a real hero for Prince Charles, a mentor and father figure who helped Charles with his sex life and encouraged him to have a lot of affairs — in order to sow his oats before marrying a sweet girl. Luckily for the prince, the girls were crazy for him, but many realized a life like his was intolerable. Then, in the summer of 1972, he met Camilla (then Camilla Shand and now Duchess of Cornwall). She was a safe haven for Charles and loved all the things he did: the countryside, hunting, shooting, riding. She flattered him, which was one of the reasons he found her irresistible. But Charles needed to have a virginal wife, and Camilla was not that. The prince believed he’d transition into great friendship with Camilla, but didn’t know how to make that happen.

Before he met Diana, Charles dated Diana’s older sister, Sarah. When things fizzled with big sis, he looked to the virginal Diana instead. She was the kind of girl Dickie had suggested for him, and since he wanted to be married and had already passed 30 — his deadline for settling down — he apparently got the idea in his head that he would learn to love Diana.

The royal wedding had some untraditional elements

And so, after only being together a dozen times (few of them in private), Charles proposed to the 19-year-old. He was 32. For Charles, marriage wasn’t really about love since they were often arranged in the royal family. Though the match may not have been perfect, the wedding sure was. Diana chose David and Elizabeth Emanuel to design her dress. The married (at the time) designer duo were only one year out of college when they were entrusted with designing the gown for the biggest wedding in the world. Of course, Diana could have gone to more experienced designers, but she wanted to make an impression and even make people weep when they saw her. Fans of the princess would wait outside the designers’ studio to see if she’d come in for a fitting, so the Emanuels had to hide things and leave false trails — some people would even go through trash. They also ordered both ivory and white fabric to throw people off.

The ceremony was watched worldwide by 750 million people; ABC went so far as to bring in a whole new control room to broadcast the event. It took Diana three and a half minutes to walk down the aisle of St. Paul’s Cathedral in front of the 3,000 guests present — including Camilla. In a break with tradition, Lady Di didn’t say the word “obey” in her vows.

Diana went against tradition to have her baby in the hospital

When it came to flaunting tradition, Diana was just getting started. When it was time for her to give birth to her first child (and heir to the throne), William, Diana opted to have her baby in the hospital rather than the palace, where all royal births had previously taken place. Similarly, royal children were typically confined to the palace and looked after by nannies, but Diana didn’t want that for her children and instead took them with her on royal tours as far as Australia.

When Harry was born, there was much talk of how abruptly prince Charles left home — after just an hour with his new son — to play polo. The story that swirled in the papers said that the prince was furious because Harry had ginger hair and therefore looked like a Spencer.

Diana embraced the public in ways no royal had before

Diana didn’t have the same stiff upper lip as the rest of the royals. She embraced the public by literally taking their hands and standing among them in ways no other member of the family did. She worked with disabled community and outsiders with whom she felt a bond, and she was attracted to a range of organizations that reached out to people “on the wrong side.” Diana resonated with their suffering, their loneliness, and their insecurities.

That empathy formed an emotional intelligence and social intelligence in the young princess. Diana visited AIDS wards at hospitals and caused a stir by not wearing gloves to shake the patients’ hands. The princess had learned how to use her celebrity to spotlight something she cared about. Despite being unhappy in her personal life and marriage, or perhaps because of that unhappiness, Diana gathered steam and defined her role — and, as a result, her life.

Nothing came close to love she felt for her children

Diana always wanted to have a family and was happiest when she was with her boys. The princess wanted her sons’ experience to be different from hers — and from Charles’ lonely upbringing in boarding schools. While Charles was more traditional as a father, Diana introduced William and Harry to fun things like Disney World and McDonald’s; she was hands on and less stuffy than other royal moms. Although she couldn’t do much to stop the press from intruding in her children’s lives, she was doing as much as she could to prepare them for their lives in the spotlight.

Part two of The Story of Diana airs Thursday at 9 p.m. ET on ABC.