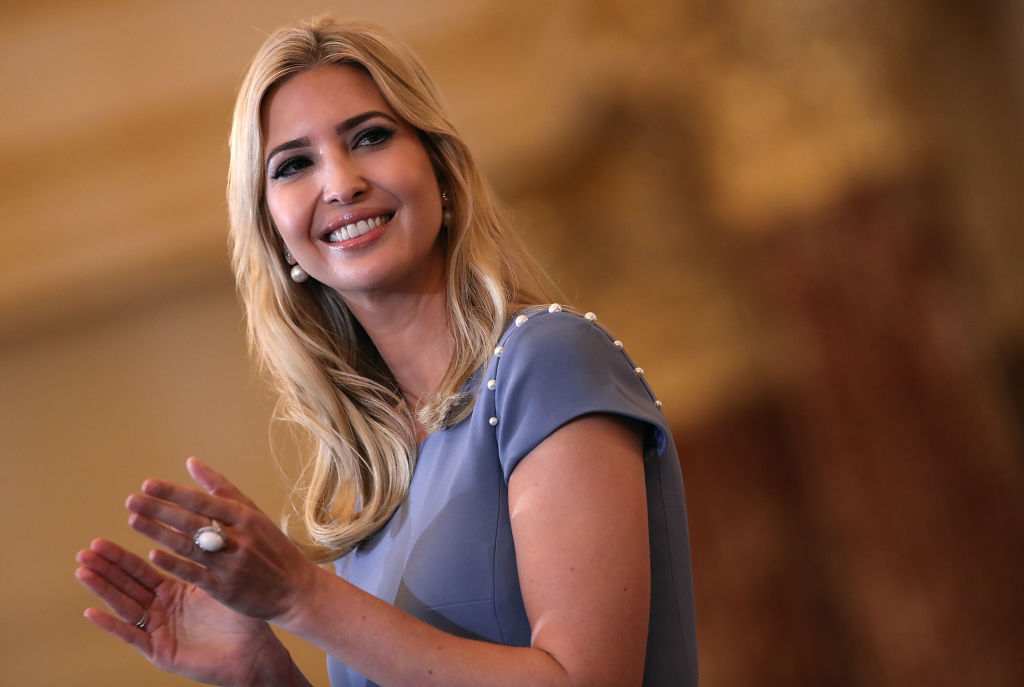 Ivanka Trump is trying her hand at brick-and-mortar retail — again.

The first daughter’s brand will open a store in Trump Tower on Manhattan’s Fifth Avenue, according to signage in the building. The location is slated to debut later this year, giving the tourists who throng to the site a chance to buy Ivanka Trump merchandise.

It’s unclear what products will be sold at the store or when exactly it will open: A sign promised a fall 2017 debut, but representatives for the brand declined to give specifics.

The shop would represent Ivanka Trump’s second foray into branded stores. She previously opened a fine jewelry boutique on the Upper East Side of Manhattan in 2007, before moving to the SoHo neighborhood in 2011. That location shut down in 2015, according to the New York Times. In 2013, the brand opened a luxury store in a high-end mall in downtown Beijing, but that location was shuttered as well.

The business also has rejiggered its product offerings over the years. The brand discontinued its entire fine jewelry line this year, shifting instead to more affordable accessories.

In the marble and gold lobby of Trump Tower, a floral design in Ivanka Trump’s signature pink heralded the new store. On Thursday afternoon, tourists were posing for photos in front of the sign.

Robert Martens and his wife, Michi, were visiting Trump Tower Thursday from Tokyo. Originally from Long Island, Martens has lived in Japan for 25 years and said neither of them had heard of the Ivanka Trump brand before her father ran for president.

“As soon as he started to run, everyone knew about Ivanka,” he said.

Ivanka Trump, who serves as a White House adviser, has been walking the line between policy and business. Ivanka Trump Marks LLC, which handles her trademarks, is continuing to push into unexplored commercial spaces bearing her name — from intimate apparel to lounge wear and athletic clothing. And the Trump Organization’s hotels in Washington and Vancouver each operate a trademarked Spa by Ivanka Trump.

Ivanka Trump has stepped away from day-to-day management of her brand and transferred assets to a trust. But she hasn’t divested from her companies.

It’s a difficult time to be opening retail stores, with many companies struggling with declining foot traffic and waning customer loyalty. Still, opening dedicated storefronts remains a popular approach for brands, letting them bypass department stores and other outlets. Ivanka Trump’s business was dealt a blow earlier this year when Nordstrom Inc. stopped selling its products.

Ivanka Trump’s brand licenses the name to wholesale companies such as G-III Apparel Group Ltd., which make the goods and sell them to stores such as Macy’s Inc. Under the “Shop” tab of IvankaTrump.com, potential customers are redirected to sites like Amazon and DSW when they click on product images.

Trademarks for the logo pictured on the storefront — stylized letters “IT” in a square box with her full name below — have been approved by the U.S. Patent and Trademark Office for use on baby products, fashion jewelry and tech accessories, according to government filings.