No One Is Talking About This Disappearing Coal Job. Not Even Trump 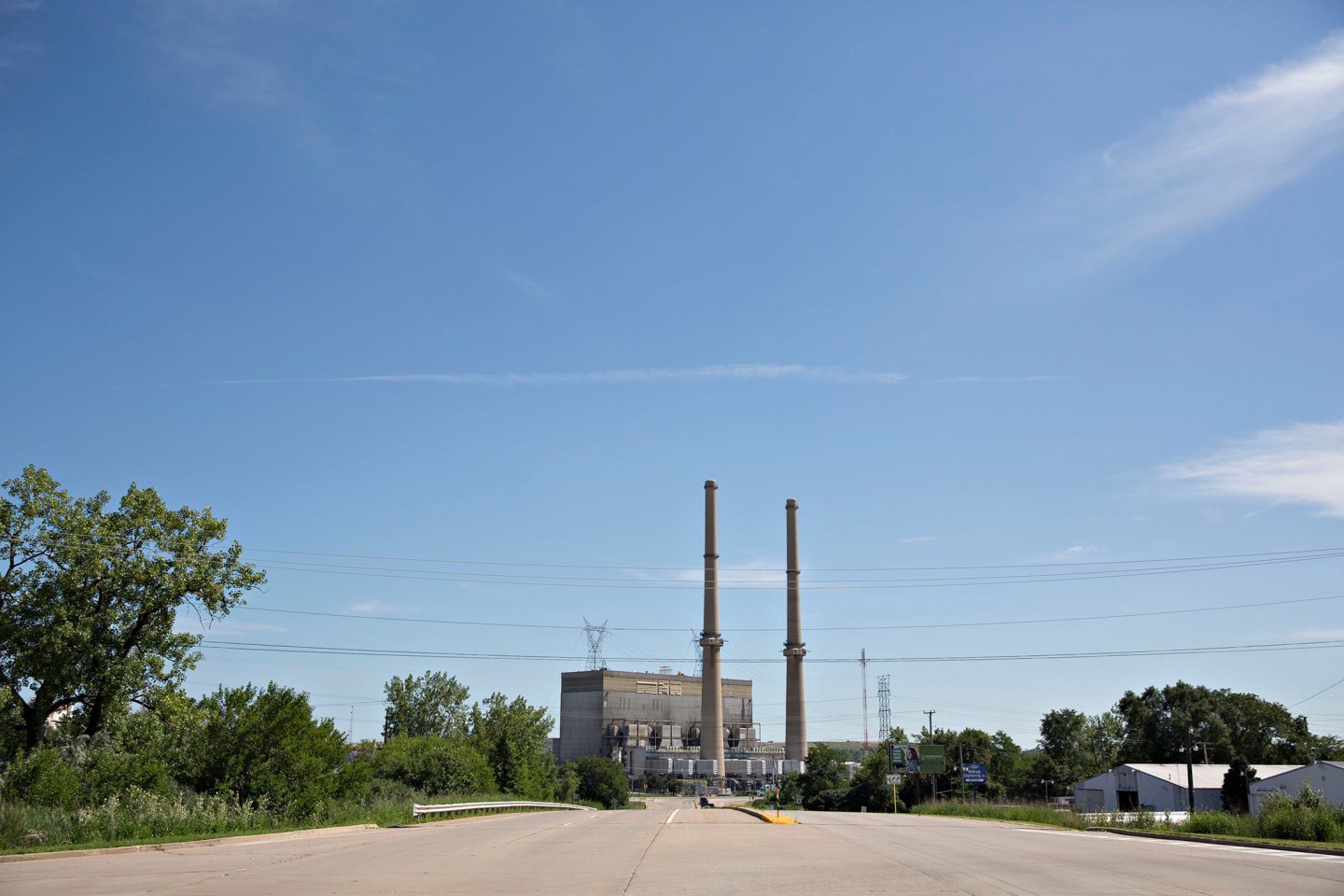 A couple of months ago, Donald Trump was cheering a new coal mine in Pennsylvania that will put 70 people to work — good news for a president whose pledge to revive the industry helped get him elected. But a bigger group of coal workers has already suffered sweeping job cuts, and it’s bracing for more.

Coal-fired power plants employ more people than mines, and they’re shutting down all over the country. Cheap natural gas, the rise of renewables backed by tax credits, and subsidies for nuclear energy will likely combine to keep the trend going — and leave more people like Lynnette Faje out of work.

Faje had spent more than a quarter century at an Illinois-based power company that’s owned today by NRG Energy Inc. She had survived two buyouts and had spent her final three years at the company as a laborer on the plant floor after her office position was cut. She found out her $23.50-an-hour job was being eliminated entirely while taking minutes one day at a local union meeting.

“Pretty much everything I’ve worked for my whole life is pretty much gone,’’ Faje, 51, said. She voted for Trump, and wants to go back to work at a coal plant, but sees little chance of that happening. Contractors have been hired to do her old job now and she’s found work on the overnight shift at a candy factory, earning 28 percent less an hour than she did at NRG to watch Baby Ruth bars roll by on the conveyor belt.

Coal-fired plants employed 86,035 people in the U.S. last year. That may not seem like a huge amount in a country of some 150 million workers but it’s 16 percent more than the number employed at mines, according to the U.S. government. It’s also a younger and more diverse workforce, with women making up more than a third of it, and ethnic minorities about a quarter.

Curiously, they haven’t gotten nearly as much attention as the miners — even though their numbers are shrinking fast. And coal comebacks like the one Trump hailed in Pennsylvania won’t help them. Corsa Coal Corp.’s venture there is digging up metallurgical coal, which is used in steelmaking and often exported.

Under Trump, the Environmental Protection Agency is making efforts to save some of the coal-plant jobs by scaling back emissions regulations. But most experts expect more plants to shutter as new gas-fired units come online and costs keep plunging for solar and wind power. Some coal plants are being converted to gas, which still involves layoffs because gas generators typically employ about half as many people.

“All the power market people that I know, we all think coal is going to zero,” said Alex Elsik, chief executive officer of Geosol Capital LLC, a Houston-based hedge fund. In the power market that the Chicago plants are part of, the cost of generation with coal is about 50 percent higher than with gas, he said.

If there’s a sliver of hope for the industry, it may lie in a burgeoning debate among regulators and grid operators about the need to preserve fuel diversity.

The International Brotherhood of Electrical Workers has been pushing that case in Washington, according to Donnie Colston, director of its utilities department. A much-cited example is the polar vortex that froze the U.S. in early 2014. Gas prices surged to record highs in New York, and the PJM Interconnection grid — serving a fifth of the country’s population, from the Midwest to the mid-Atlantic — lost 22 percent of its generation assets. Keeping some coal capacity can mitigate such risks.

Coal plants are “life-limited over time, but for the present, coal plants will continue to be needed for reliability and fuel diversity,” David Gaier, a spokesman for NRG, said by email.

Still, last month saw a string of announcements that’s left a growing group of coal-power workers uncertain about their future.

Faje’s former employer, NRG, plans to overhaul its entire business to slash debt and costs, with about 4 percent of savings coming from plant payroll, though it didn’t say how many jobs would be cut. American Electric Power Co. is closing almost all of its coal plants in Ohio and is exploring strategic alternatives for the last two. It’s already cut about 670 jobs, more than a fifth of the coal-plant workforce, since 2015.

The Texas power market is so depressed that all but two of the state’s 15 coal generators are losing money, according to energy-focused investment firm Tudor Pickering Holt & Co. Houston-based Calpine Corp. may be on the verge of a buyout by a private-equity firm, a process that’s kept plants alive in other states, but one that typically leads to staffing cuts. In a sign of how desperate some power companies are to get rid of their beleaguered coal units, they are being offered up at less than 10 percent of replacement cost.

Coal-plant shutdowns ripple across many other industries too, starting, of course, with the miners. Power generators accounted for 87 percent of U.S. demand for coal last year, according to analyst Wood Mackenzie Ltd. Temporary jobs in plant maintenance will be lost too. Generators need regular overhauls, and even small outages require hundreds of workers.

The big ones that take place every three to four years can involve a team of thousands. By contrast, gas-fired plants have few outages.

Faje says she’s hearing a growing number of the personal stories that lie behind some of these numbers.

She recently found out that a former colleague had died after a battle with depression, and wrote a Facebook post in his memory. Others stepped forward with their own anxieties, about losing their homes, working longer hours and toiling under increasingly dangerous conditions as the industry’s cost-cutting measures strain workers.

NRG’s Waukegan plant north of Chicago had its own recent scare. One day in June, powdered coal ignited, triggering an explosion. No one was hurt but workers were spooked, according to an employee who asked not to be identified for fear of retaliation.

Later that month, a celebration was held at the Waukegan plant to commemorate 314 injury-free days. Bakers Square pies were spread across the lunchroom — apple and cherry and blueberry. The staff wasn’t in the mood, though, the worker said. The explosion was still on everyone’s mind, and most of the pies were left untouched.