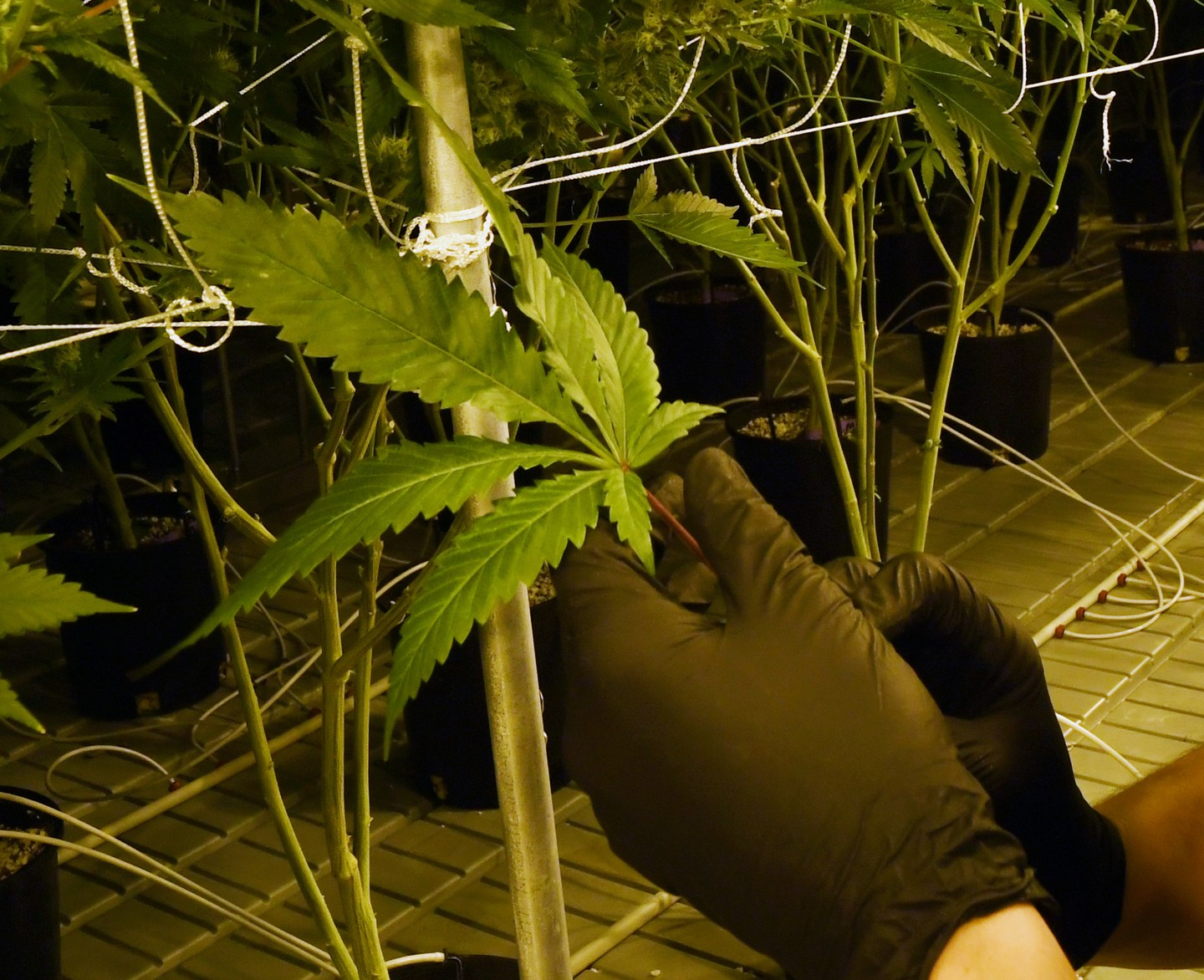 LAS VEGAS, NV - JULY 06: David Burr demonstrates removing leaves on marijuana plants to allow more light for growth at Essence Vegas' 54,000-square-foot marijuana cultivation facility on July 6, 2017 in Las Vegas, Nevada. On July 1, Nevada joined seven other states allowing recreational marijuana use and became the first of four states that voted to legalize recreational sales in November's election to allow dispensaries to sell cannabis for recreational use to anyone over 21. Since July 1, sales of cannabis products in the state have generated more than USD 1 million in tax revenue. (Photo by Ethan Miller/Getty Images)
Ethan Miller—Getty Images

Last month, it was reported that the National Football League reached out to the National Football League Players Association to scientifically explore the use of medical cannabis as a pain management tool for its players. Not only should this work help the NFL players, but their participation in these studies may likely advance pain management for the millions of people suffering with chronic pain.

As a board-certified physician specializing for over 25 years in anesthesiology, perioperative medicine, and pain medicine, and serving as an associate professor of anesthesiology at Harvard Medical School, I know how difficult it can be to treat acute and chronic pain issues. All of our sanctioned treatments have side effects, with addiction and opioid-induced respiratory arrest being among the most significant, causing much morbidity and mortality.

Chronic pain can be defined as pain lasting longer than three to six months in duration and often has a poorly defined onset. This pain is associated with subjective complaints, but objective physical signs may or may not be present as the patient adapts to the pain. Chronic pain can be devastating, affecting one’s physical and mental health. Though many treatment modalities exist, including medications (non-steroidal anti-inflammatory, opioids, and anti-depressants), peripheral nerve blocks, implantable systems (spinal cord stimulators, pain pumps), physical therapy, and acupuncture, all too often, effective pain management remains elusive.

Interestingly, each and every one of us possesses an endocannabinnoid system (ECS) that binds with cannabis. The endocannabinoid system is an internal homeostatic system that plays a critical role in the nervous system and regulates multiple physiological processes, including the modulation of pain, appetite, digestion, mood, seizure threshold, coordination, and other processes. Cannabinoid receptors exist in the brain, spinal cord, and peripheral nervous system. Further, these receptors are present in areas of the brain related to pain perception and emotion.

According to the 2017 National Academies of Science, Engineering and Medicine’s report, Health Effects of Cannabis and Cannabinoids: The Current State of Evidence and Recommendations for Research, there is conclusive or substantial evidence that cannabis or cannabinoids are effective for the treatment of chronic pain. That report also found that there is evidence of a statistical association between cannabinoids and better outcomes (i.e., decreased mortality, decreased disability) after a traumatic brain injury.

The aforementioned biology, coupled with the scientific research evidence makes it most reasonable to explore cannabis as a means to tackle the NFL pain management challenges.

NFL players are a population of able-bodied individuals, comprising a homogenous population of males who may also have a lower prevalence of co-existing disease than other study participants from the general population. Thus, the NFL players may provide an excellent, and perhaps willing, study population for randomized controlled trials of medical cannabis.

Finally, from interacting with patients utilizing medical cannabis, it is evident that many just want to use enough cannabis to decrease their symptoms and improve their function so that they can perform in the home and workplace. Interestingly, an often-discussed benefit voiced by medical cannabis patients with chronic pain is their success in eliminating medication side effects by decreasing or discontinuing the use of multiple prescription pain medications by substituting with medical cannabis. Perhaps collaboration between the NFL and the National Football League Players Association can result in studies that address these issues as well, and lead to effective treatment regimes for players and chronic pain patients.

Stephen B. Corn, MD, is an associate professor of Harvard Medical School and founder of TheAnswerPage.com.