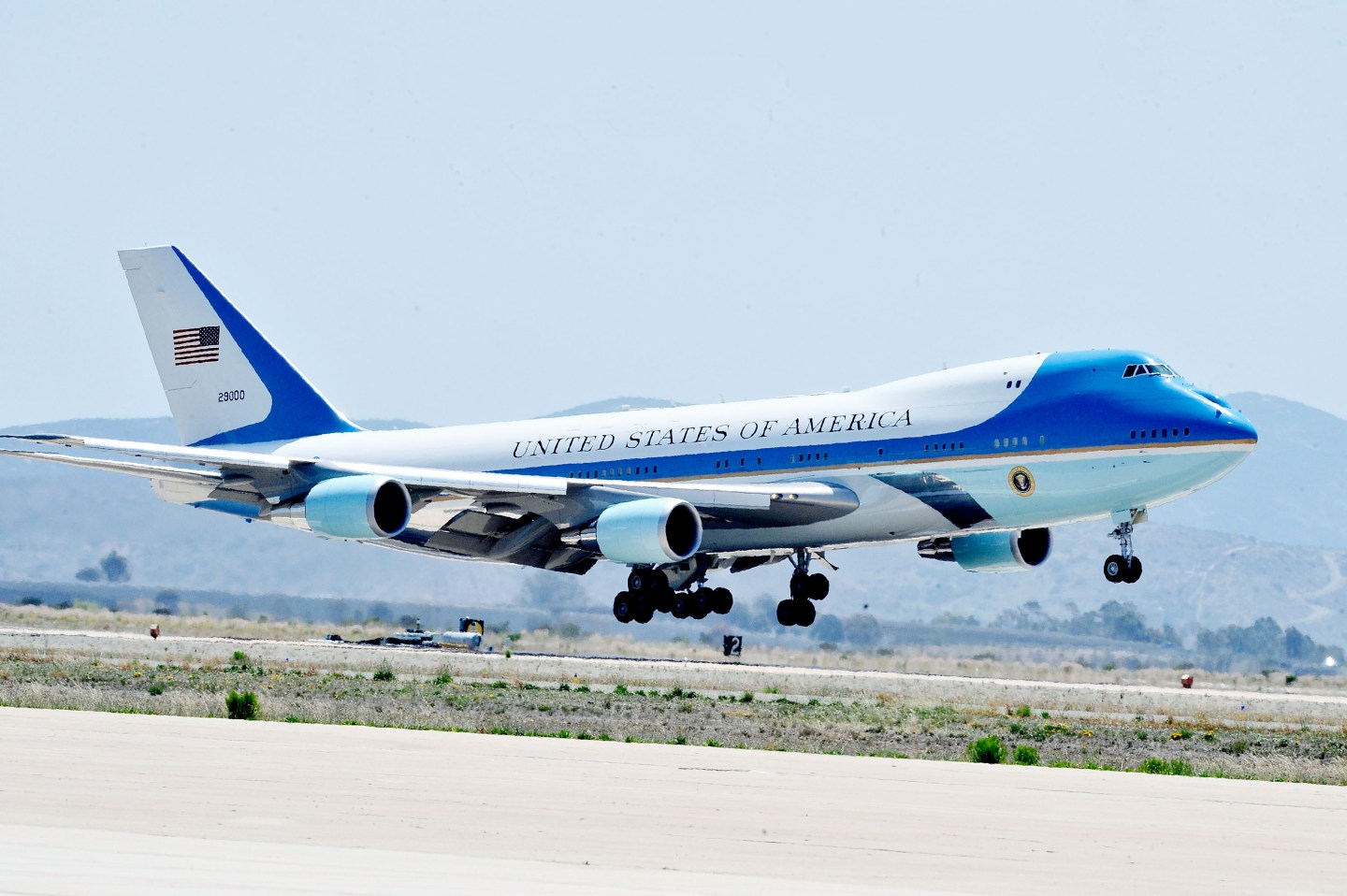 Air Force One on May 8, 2014 in San Diego, California.
Jerod Harris WireImage

Facing pressure from President Donald Trump to cut the cost of new Air Force One aircraft, the U.S. Air Force is negotiating with Boeing to purchase two 747-8 jetliners that were built for a Russian airline that went bankrupt before they were delivered.

“We’re working through the final stages of coordination to purchase two commercial 747-8 aircraft and expect to award a contract soon,” said Air Force spokeswoman Ann Stefanek, who declined to elaborate on the details.

National security publication Defense One, which first reported the negotiations, said the Air Force was believed to be getting a good deal on the aircraft, which sell for about $386 million on average.

The two aircraft were initially ordered four years ago by Transaero, a Russian airline that went bankrupt in 2015, a person familiar with the talks told Reuters.

Boeing built two 747-8s out of an order of four. But the airline never took ownership of them, and the planes have been stored in the Mojave Desert, where the dry, hot climate slows corrosion, Defense One said.

Trump rattled Boeing in December before taking office by saying in a Twitter message: “Boeing is building a brand new 747 Air Force One for future presidents, but costs are out of control, more than $4 billion. Cancel order!”

Boeing Chief Executive Officer Dennis Muilenburg called Trump and told him the cost could be reduced if the Air Force changed its requirements, sources familiar with the conversation said at the time.

White House officials in December were unclear where Trump obtained the $4 billion figure. The Air Force has estimated it would spend $2.87 billion through 2021 for development of a new presidential aircraft.

The cost of refitting the commercial 747-8s with the enhanced electronics and security systems required for Air Force One were unclear.

Boeing had said it expected to add the Air Force One jets to its backlog, which currently numbers 20 planes – five passenger models and 15 freighters.

The redeployment to the Air Force of jets already built for another customer would effectively reduce Boeing’s future 747 production plans by two aircraft. But it would provide a home for two airframes that have been built but remain unsold.

The Air Force operates two military versions of the Boeing 747-200B aircraft that serve as Air Force One when the president is aboard. Both are nearing the end of their planned 30-year life.