The 1 Thing That Worries Executives More Than President Trump 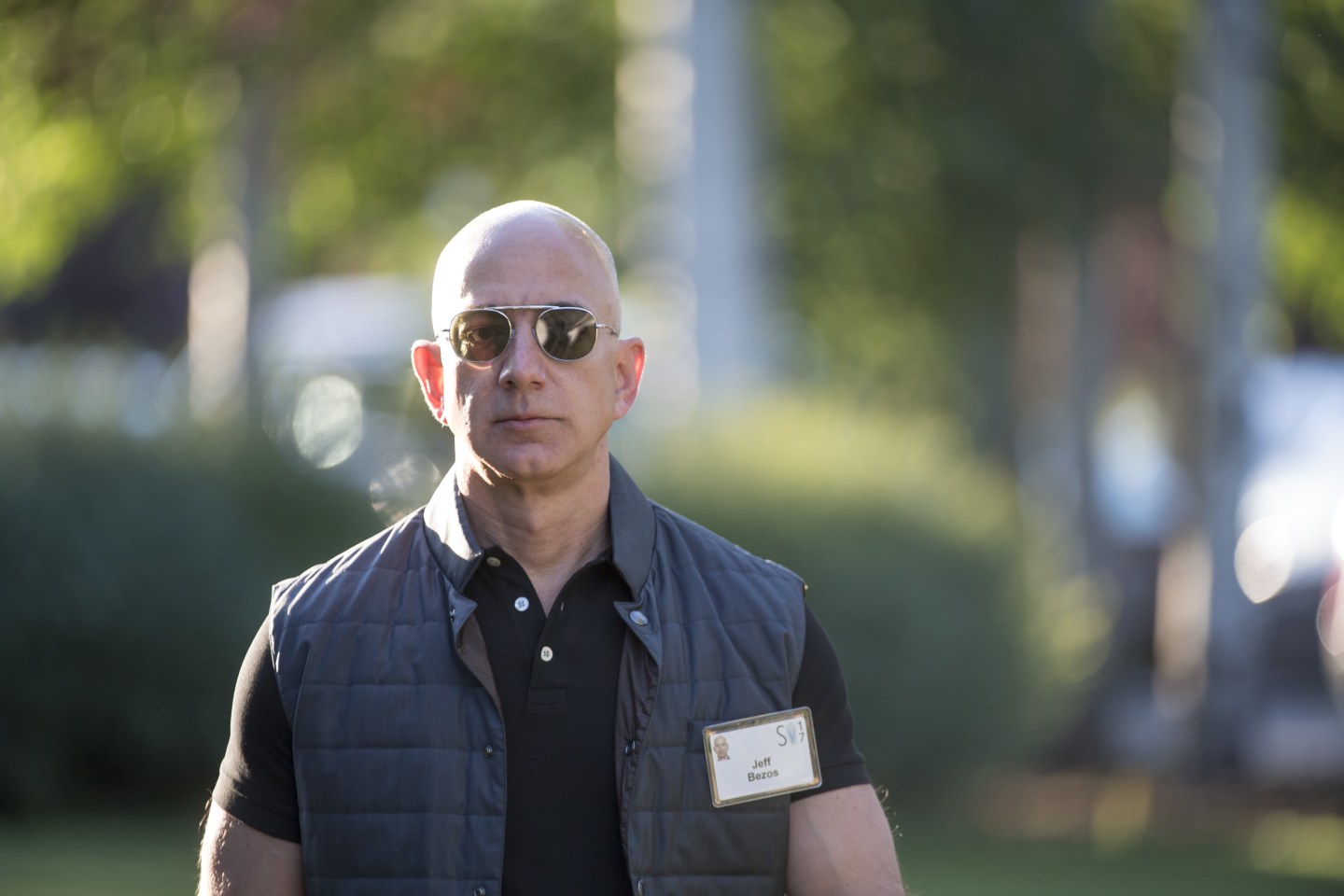 What keeps corporate leaders up at night?

It isn’t the chaos in Washington or rising worker pay. It’s what Amazon.com Inc. is, or could be, doing to their business models. The expanding online behemoth has morphed from a retail category killer to a much broader enterprise that now competes with everything from high-end grocers to technology developers.

It’s safe to say corporate America has taken notice — and is increasingly concerned about the competition. So much so that Amazon’s overshadowed the Trump administration’s inability to claim a signature legislative achievement after more than six months in office.

Looking at the last 90 days of earnings calls and other corporate events such as investor days, a trend emerges. Amazon comes up a lot. It was mentioned a staggering 635 times over that time frame, while President Trump came up just 162 times and wages were discussed 111, according to data compiled by Bloomberg. It’s become even more pronounced over the past 30 days, with Amazon garnering 165 mentions compared with 32 for Trump and 22 for wages.

The trend holds over the past 12 months, which encompasses the period when Trump pulled off his surprise election victory. Yet, Amazon was mentioned 1,800 times on earnings calls over that span, compared with 1,000 for Trump and 406 for wages.

Amazon typically comes up in discussions about efforts to expand into new business lines in a shifting retail landscape. For instance, on the McDonald’s Corp. second-quarter earnings call this month, Chief Executive Officer Steve Easterbrook pointed to Amazon’s purchase of the upscale grocery chain Whole Foods Market Inc. as an example of how rapidly the food industry is being transformed.

“It just demonstrates how disruptive the business world is and how quickly it moves,” he said.

Executives are also quick to point out partnerships they have with Amazon. Mark Parker, the CEO of Nike Inc., highlighted the shoe manufacturer’s pilot brand-registry program with the retailer on his June earnings call.

“As we do with all of our partners,” he said, “we’re looking for ways to improve the Nike consumer experience on Amazon by elevating the way the brand is presented and increasing the quality of product storytelling.”