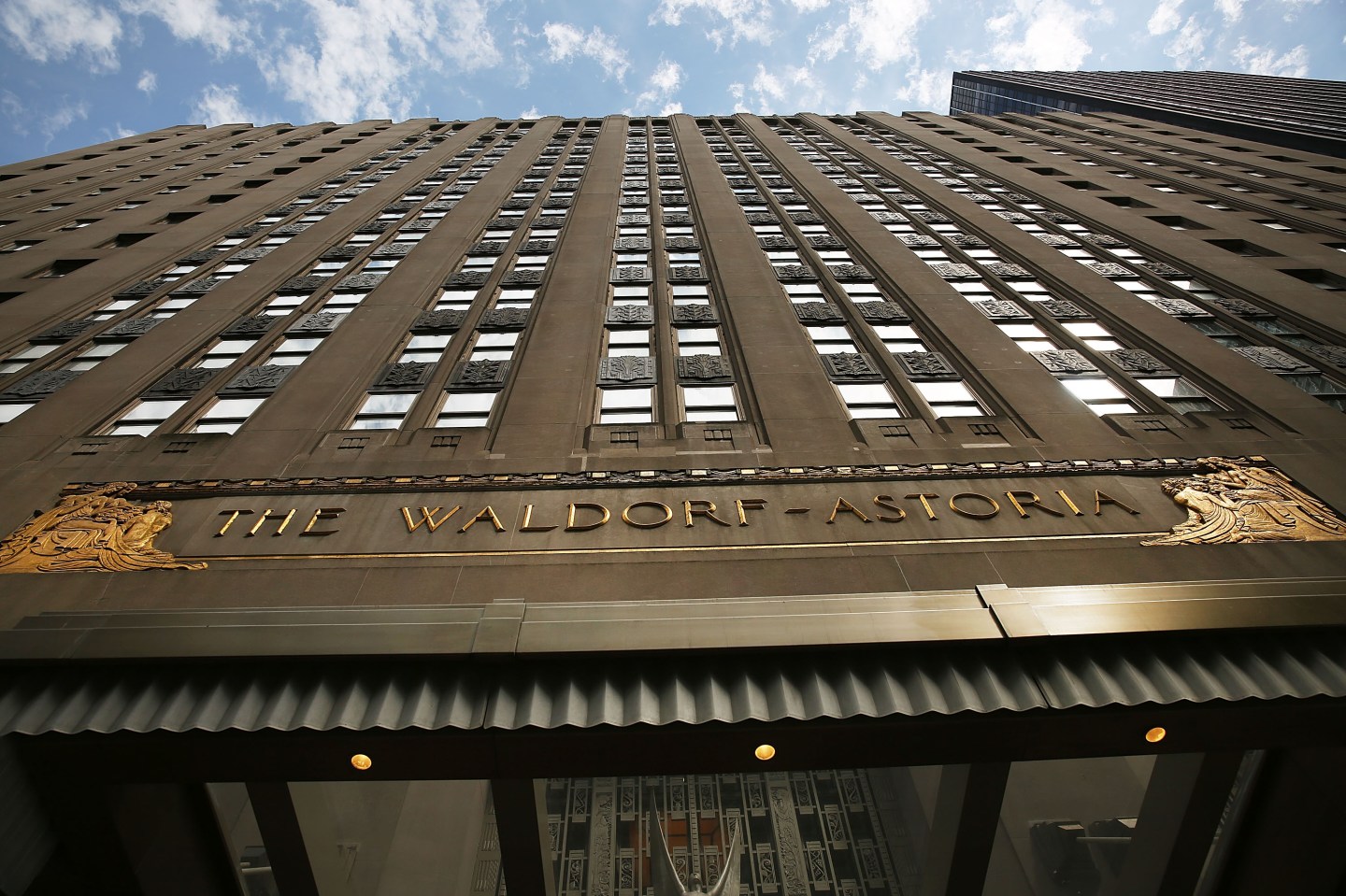 Beijing has asked Anbang Insurance Group to sell its foreign assets, including the Waldorf Astoria hotel in New York, according to Bloomberg News.

The news is the latest crackdown by China’s authorities on some of the country’s biggest companies, which have borrowed billions of dollars to fund acquisitions outside China. The authorities fear that such deals have put China’s financial system in danger.

Anbang said in a statement on the microblogging services WeChat that it currently has “no plans to sell its overseas assets,” but the report suggests increasing pressure on the company after its global buying spree. It comes less than two months after law enforcement officers detained Anbang’s chairman Wu Xiaohui, and less than a month after China’s banking regulators reportedly ordered state-owned banks to stop lending to Anbang and three other big-spending conglomerates, Dalian Wanda Group, Fosun International and HNA Group.

The Waldorf Astoria was the largest of a flurry of deals totalling over $30 billion by Anbang since 2014. It had also been in talks until March to acquire 666 5th Avenue, a high-rise being developed by Kushner Companies, a company owned by the family of President Donald Trump’s son-in-law and senior adviser Jared Kushner. The talks broke off amid an uproar over potential conflicts of interest and suspicions that China could be using a lucrative deal to buy influence with the new administration.

The hefty prices paid by Anbang for trophy assets like the Waldorf will likely make it difficult for the group to secure a quick sale without deep discounts, financial sources told Reuters on Monday.