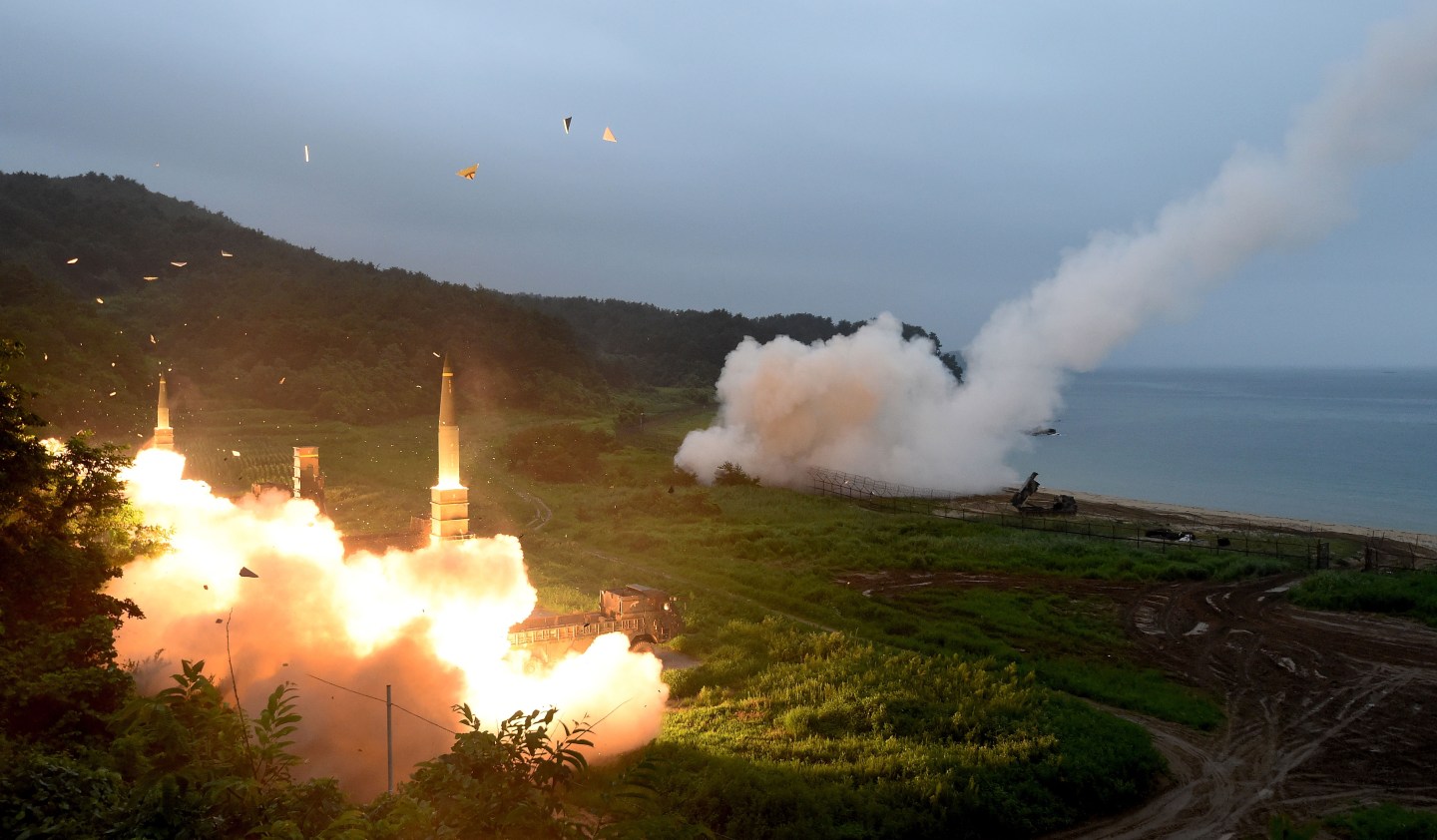 Japanese Prime Minister Shinzo Abe spoke with U.S. President Donald Trump on Monday and agreed on the need for further action on North Korea just hours after the U.S. Ambassador to the United Nations said the United States is “done talking about North Korea.”

Nikki Haley, U.S. Ambassador to the United Nations, said in a statement that China must decide if it is willing to back imposing stronger U.N. sanctions on North Korea over Friday night’s long-range missile test, the second this month.

Any new U.N. Security Council resolution “that does not significantly increase the international pressure on North Korea is of no value,” Haley said, adding that Japan and South Korea also needed to do more.

Abe told reporters following his conversation with Trump that repeated efforts by the international community to find a peaceful solution to the North Korean issue had yet to bear fruit in the face of Pyongyang’s unilateral “escalation” of the situation.

“International society, including Russia and China, need to take this seriously and increase pressure,” Abe said, adding that the two nations would take steps towards concrete action but did not give details.

Abe and Trump did not discuss military action against North Korea, nor what would constitute the crossing of a “red line” by Pyongyang, Deputy Chief Cabinet spokesman Koichi Hagiuda told reporters.

North Korea said on Saturday it had conducted another successful test of an intercontinental ballistic missile that proved its ability to strike the U.S. mainland, drawing a sharp warning from Trump and a rebuke from China.

Trump later wrote on Twitter that he was “very disappointed” in China and that Beijing had done “nothing” for the United States in regards to North Korea, something he would not allow to continue.

China has yet to officially respond to Trump’s tweet, but State-run Chinese tabloid the Global Times said in a Monday editorial that Trump’s “wrong tweet” was of no help to resolving the situation, and that he did not understand the issues.

“Pyongyang is determined to develop its nuclear and missile program and does not care about military threats from the U.S. and South Korea. How could Chinese sanctions change the situation?” the paper, published by the ruling Communist Party’s official People’s Daily, added.

South Korean President Moon Jae-in, who is on vacation, planned to have a phone call with Trump soon, a senior official at the Presidential Blue House said.

“If the two heads of state talk, they will likely discuss their respective stances on North Korea, the U.S.-(South Korea’s) alliance’s standpoint on North Korea and other things including how to impose heavy sanctions.”

The United States flew two supersonic B-1B bombers over the Korean peninsula in a show of force on Sunday in response to the missile test and the July 3 launch of the “Hwasong-14” rocket, the Pentagon said. The bombers took off from a U.S. air base in Guam, and were joined by Japanese and South Korean fighter jets during the exercise.

“If called upon, we are ready to respond with rapid, lethal, and overwhelming force at a time and place of our choosing.”