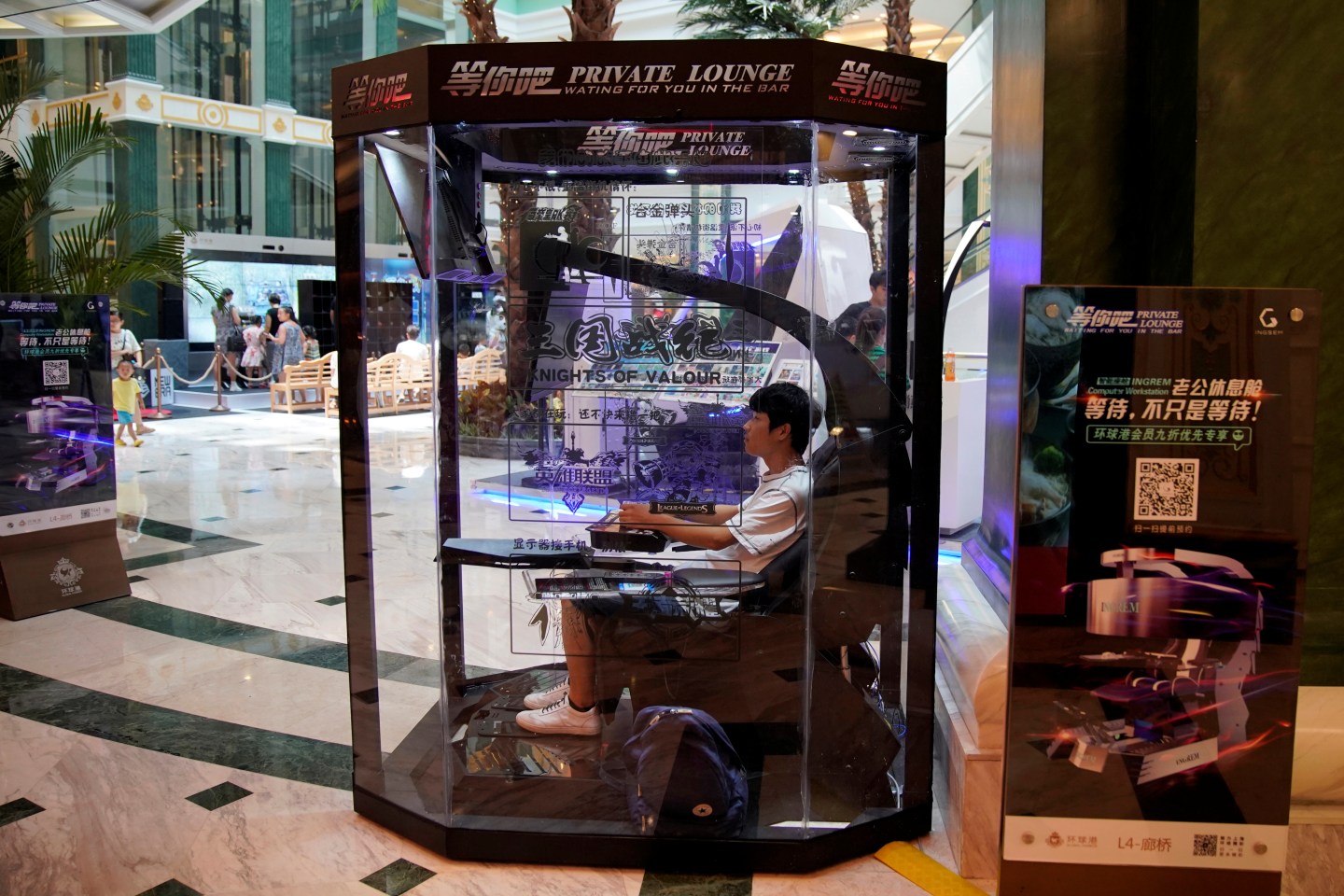 An employee demonstrates a "husband pod", where husbands can go and play computer video games on leather seats while their wives go shopping, at a shopping mall in Shanghai, China on July 29, 2017.
Aly Song — Reuters

At a Shanghai mall, rows of “man pods” equipped with video games are proving a big hit, providing a refuge for hundreds of weary husbands and boyfriends as their other halves shop until they drop.

The first pods were launched at the Global Harbor shopping mall in Shanghai in June, and since then over 1,000 men have used the facilities, according to Ruwo Smart Technology, the company behind the scheme.

“Man pod” users can recline in a chair with a large screen and play video games while enclosed behind clear glass walls that shut out the bustle of other shoppers.

“I think this idea is pretty good because nowadays many boys like me are not willing to go shopping with their girlfriends,” said Yao Lei, a 26-year old man using one of the new booths on Saturday.

With retail spending increasing another 10 percent in the second quarter of 2017, there could be huge demand for such facilities and the firm said it plans to expand the service to other shoppingmalls in the future.

“We found in most malls men and women go shopping together but men cannot accept spending a long time shopping,” said Zhao Wei, an operator of one of the pods.

“Sometimes they’ll even start having arguments. So we think in this situation, we can have a product that gives a man something to do and the girls can go shopping at ease.”